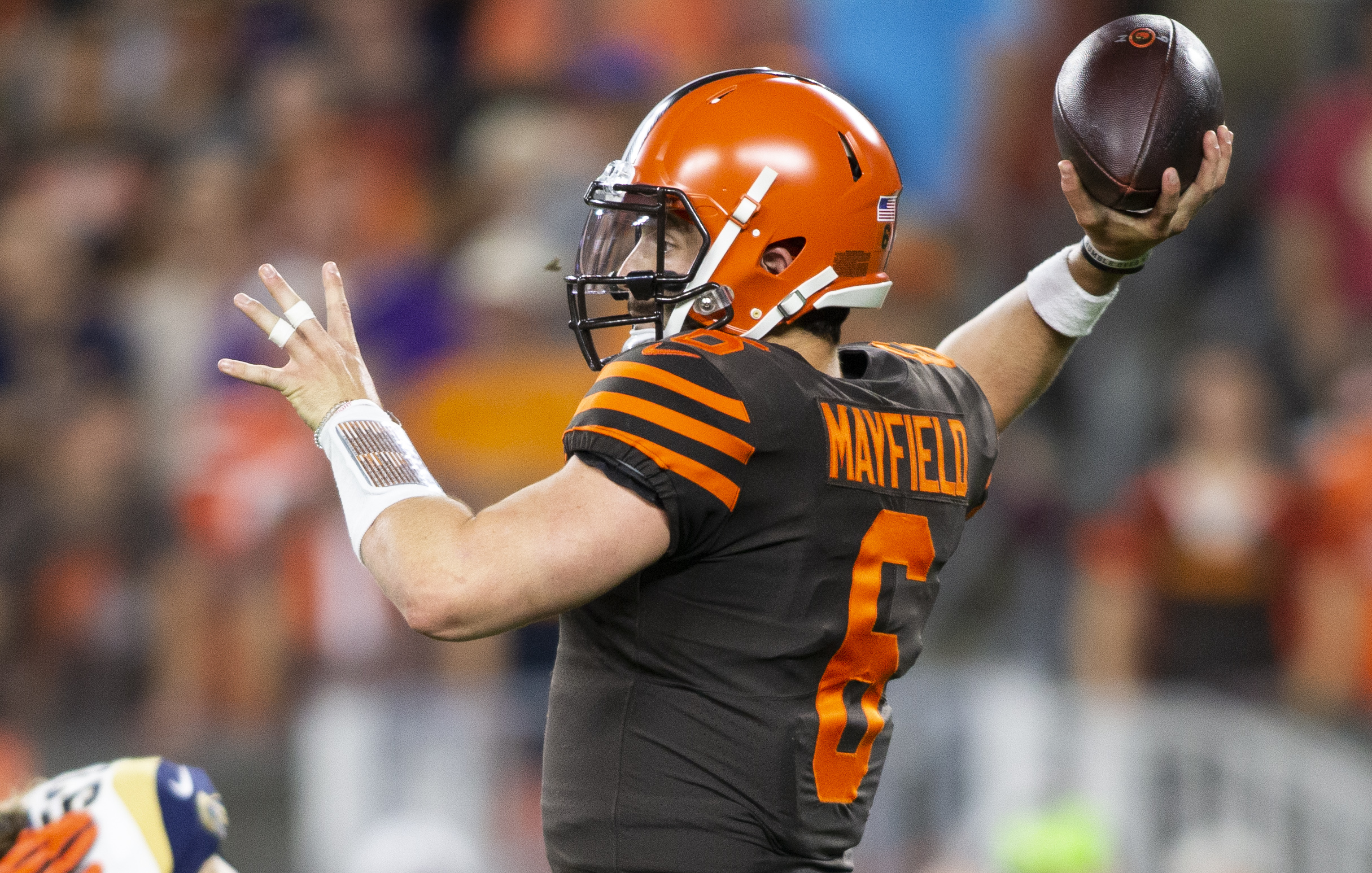 Browns quarterback Baker Mayfield knows how to rally the troops before, during and after games — providing a spark to a fan base who hasn’t seen that type of excitement in over a decade.

Mayfield took to Twitter before Sunday night’s primetime showdown with the Rams, went full caps lock, then said the following.

First Energy Stadium was indeed rocking, and it seemed to fire up the Browns defense big-time. It also fired up Mayfield, who got the crowd into it during warmups.

Browns fans and players would likely run through a brick wall for Mayfield, and understandably so.