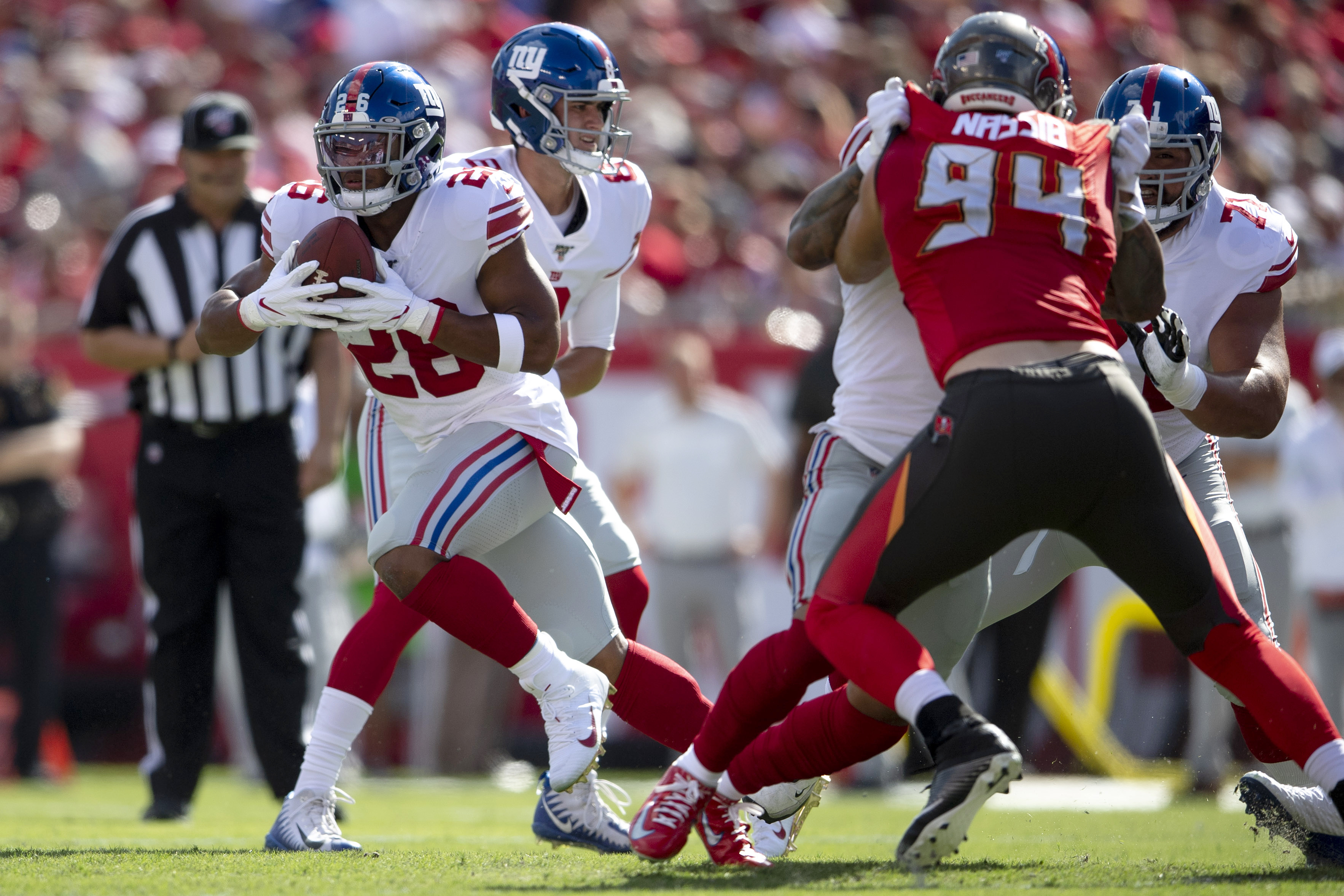 Rookie quarterback Daniel Jones breathed fresh life into the Giants on Sunday, as the team that previously had the most immobile signal-caller in the league made the move to go with the young buck instead.

And it paid dividends right out of the gate.

38-year-old Eli Manning clearly just doesn’t have it anymore, and it appeared his lack of mobility was holding the Giants offense back. As such, the team made a much-needed change, and that appeared to be a wise decision.

Jones showed what he can add to the offense in the first half of the game, putting him in the shotgun and having him take off running on a read-option keeper. He did a good job taking a good angle, and the result was his first-ever NFL touchdown.

Daniel Jones gets his first NFL TD on the ground!!!!!!! pic.twitter.com/khzgrmUMFH

Manning showed him some love afterward.

Eli Manning showing some love to Daniel Jones after he scored his first NFL touchdown for the @Giants 🤜 🤛 pic.twitter.com/Ltu423ylu6

Expect to see plenty more of that this season.