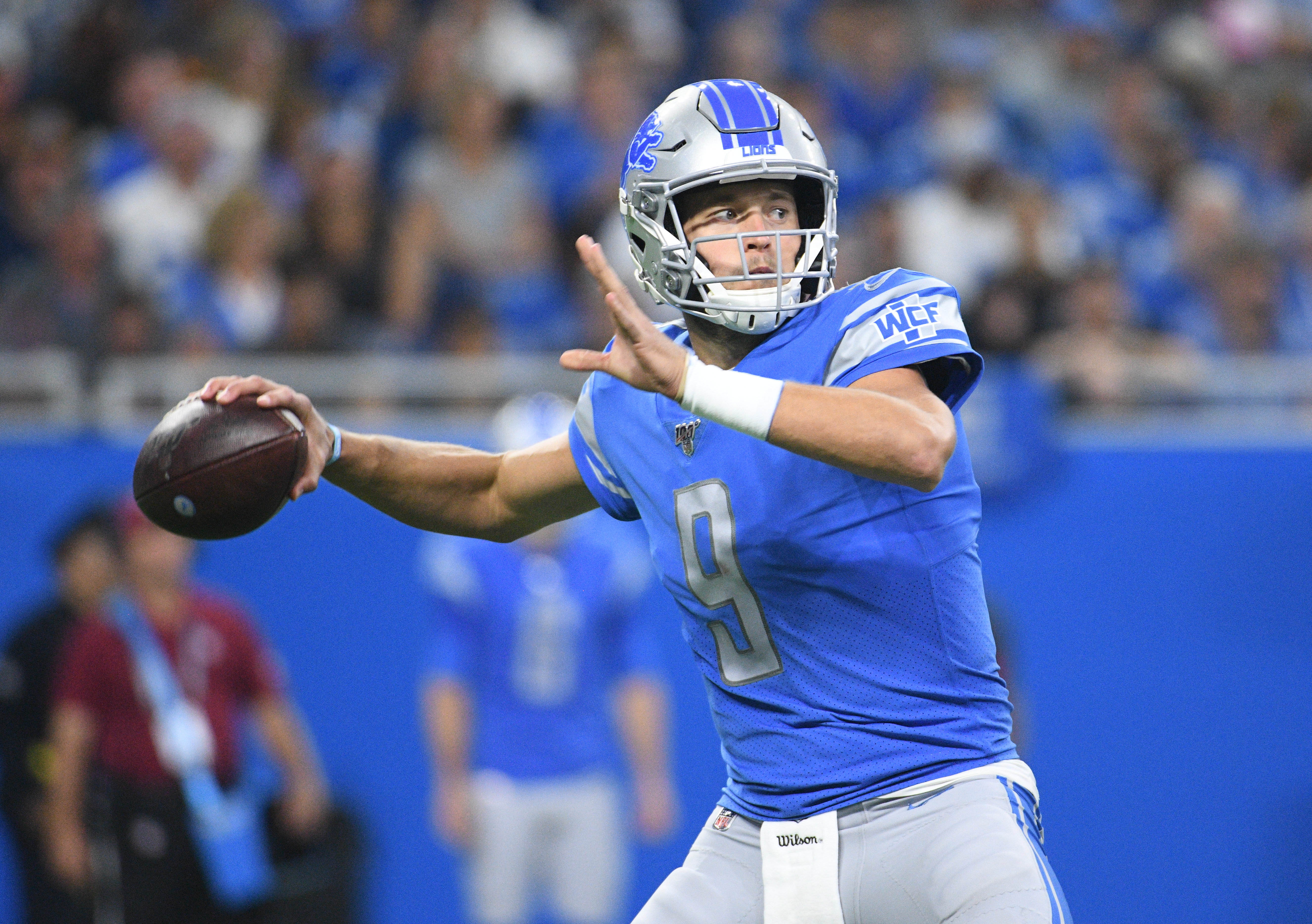 The last time a Matt Patricia led defense played against the Philadelphia Eagles, it wasn’t pretty. His New England Patriots gave up 41 points to Nick Foles and lost the Super Bowl two years ago. He, and his new team, is hoping for a better showing this time around.

The Lions are coming off a 13-10 victory over the Los Angeles Chargers in Week 2 while Philadelphia lost to the Atlanta Falcons 24-20.

These two teams rely heavily on the play of their quarterbacks, and through two games both of these signal callers have similar stats.

Stafford has turned to third-year pro Kenny Golladay as his go-to target. In the first two games of the season, Golladay has accrued 159 yards and two touchdowns on 12 receptions.

As for Wentz, he has found a connection with veteran DeSean Jackson. He has eight catches for 154 yards and two scores on the year. Unfortunately for Wentz, Jackson is out this week with an injury to his abdomen. He may also be without veteran wide receiver Alshon Jeffrey, who is questionable with a calf injury.

If Jeffrey can’t go, Wentz will have to turn to a group led by Nelson Agholor, third-year man Mack Hollins and rookie J.J. Arcega-Whiteside.

He also has veteran tight end Zach Ertz to rely on. In two games, Ertz has the most targets on the team with 23. With those targets, he has produced 126 yards on 13 catches with no scores.

As for the ground game, both teams have struggled to get going.

As a team, the Lions are averaging 105 yards rushing per game, but only 3.5 yards per rush. Detroit’s lead back Kerryon Johnson has not been able to find many holes to begin the year. He has only produced 90 yards on the ground on 28 attempts for an average of 3.2 yards per carry. C.J. Anderson, who was signed in the offseason to be his compliment, was cut last week after averaging 2.7 yards per carry through the first two games. The Lions signed running back Paul Perkins from the New York Giants to fill Anderson’s spot on the roster.

For Philadelphia, they are averaging 86 yards per game on the ground, which ranks 23rd in the NFL. Offseason acquisition Jordan Howard only has 62 yards on the season, but is averaging a respectable 4.4 yards per carry. Rookie Miles Sanders out of Penn State has been a disappointment so far as he has 21 carries for 51 yards and a paltry 2.5 yard per carry average.

But for all of their struggles running the ball themselves, the Eagles have shined stopping the run. They are holding teams to 42.5 yards per game on the ground, which ranks third best in the league. Opposing backs are also only averaging 2.8 yards per carry.

On the flip side, the Lions have been getting dominated on the ground. Detroit is allowing teams to rush for 124.5 yards per game and giving up 5.2 yards per carry.

Stopping the run and getting it going will play a key role for both teams in this matchup.

Injuries will also be a factor in this one.

On top of the injuries to Jackson and Jeffrey, Philadelphia could be without a few more key contributors. Tight end Dallas Goedert is questionable with a calf injury and running back Corey Clement (shoulder) and defensive tackle Timmy Jernigan (foot) are out of this contest.

For Detroit, defensive end Da’Shawn Hand has already been ruled out with an elbow injury. They also have three players questionable to play with offensive tackle Taylor Decker (back), cornerback Rashaan Melvin (knee) and linebacker Jarrad Davis (ankle) dealing with ailments. Davis is looking to make his 2019 debut after missing the first two games of the year.

But now onto the prediction.

I think this game could go either way. A win for both teams would go a long way in their divisional and conference standings. The Eagles are chasing the Dallas Cowboys, who at 2-0, have looked like the NFC favorite so far to start the season while the Lions are trying to stay with the Green Bay Packers, who are also 2-0.

I think this will be a somewhat high scoring affair with both teams dealing with injuries to key defensive players.

With that being said, Philadelphia’s injuries, especially on the offensive side of the ball, will be too much to overcome and Patricia gets some revenge on Doug Pederson and the Eagles. Stafford will outplay Wentz while Golladay stars again with another 100-yard and touchdown performance.