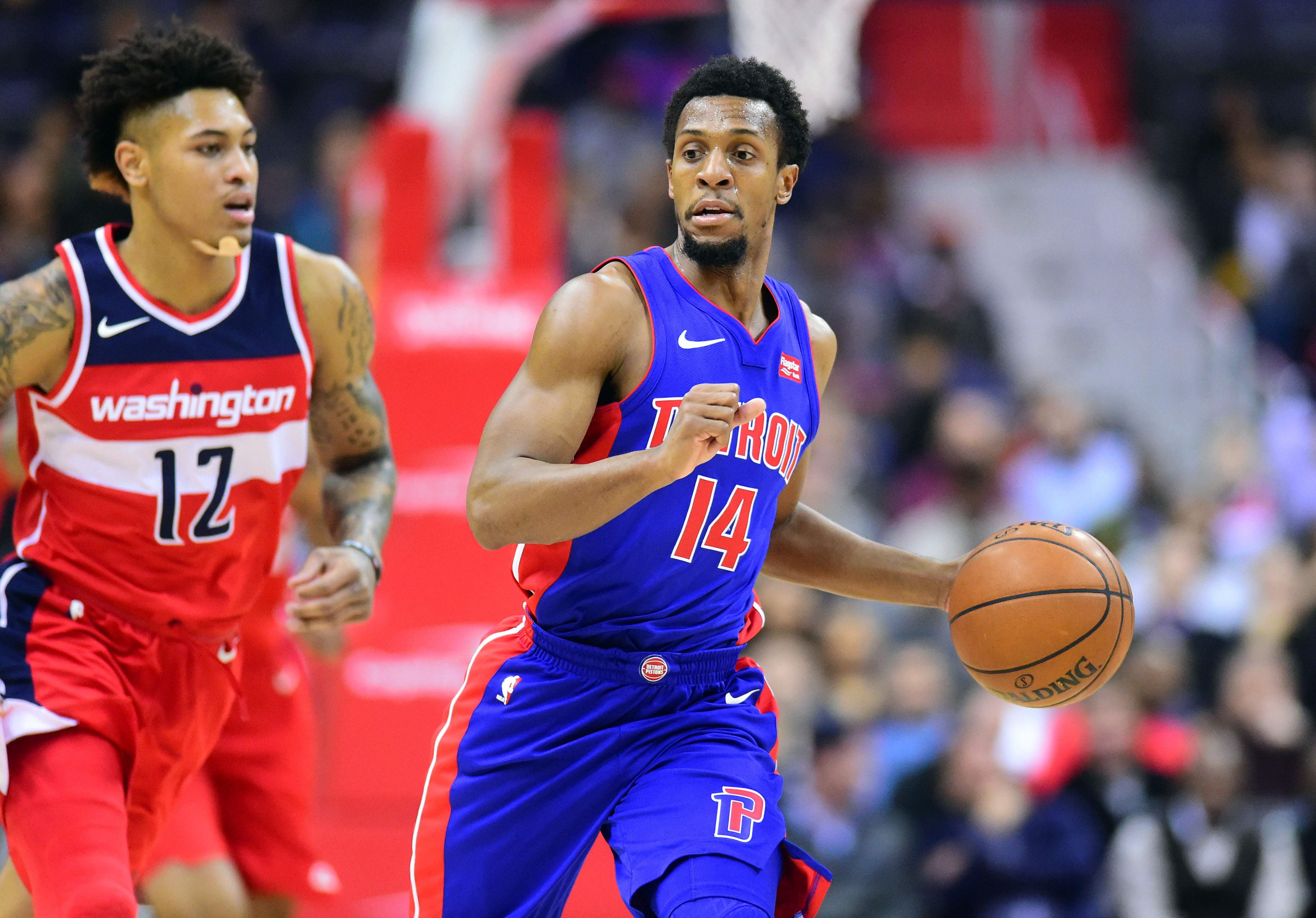 With the Washington Wizards starting training camp next week and preseason next month, it is important to take stock of where the roster stands at each position. Who is the starter, backup, and reserve players? What did they do last year and what should we expect this year. First up the point guards.

At times Smith looked more competent than Detroit’s starting point guard Reggie Jackson last season. That earned him a two-year, $12 million deal with the Wizards in free agency who want to play fast this upcoming season. With the thumb injury to Isaiah Thomas, Smith will be the team’s starting point guard on opening night and for the foreseeable future. His number one job will be to help the development of Washington’s young core, probably even moreso than helping the team be competitive this season.

A couple weeks ago, it was possible that Robinson might not make the team’s 15-man roster should Washington favor Jemerrio Jones’ talent, but then the Virginia Tech product all of a sudden went from an undrafted free agent to the Wizards’ backup point guard. General manager Tommy Sheppard raved about Robinson on draft night. Do not expect Robinson to play 16 minutes a night as the likes of Bradley Beal, Isaac Bonga, or even Troy Brown Jr. could eat up some of the point guard minutes when Smith is not on the court. Washington could also sign Chris Chiozza to a two-way contract and front load his time with the NBA team.

Ever since Thomas buried the Wizards in the 2017 playoffs, he has not been the same player due to injuries. Those continued last week as the team announced he would be sidelined 6-8 week following thumb surgery on an injury that occurred during pick-up play workouts. Depending how the season begins, the team and Thomas’ goals could quickly diverge. Thomas has made it known that he is coming to D.C. looking to win, but Washington could be looking at a one-year tank without calling it that. Regardless, everyone in the NBA will be hoping that when Thomas returns from this latest injury he can start to find some of the magic that had him in the MVP conversation less than three years ago.

It is well known that the five-time All-Star, unfortunately, ruptured his Achilles tendon after initial surgery to remove bone spurs in his heel that ended a dismal 2018-19 season. Instead of an injury timeline that would have allowed Wall to return around the start of this season, there is a chance he could be sidelined until February plus or minus a month and not see an NBA game until 2020-21. That will depend on how the organization wants to move forward once Wall is healthy enough to return. Do you let him know off rust now or completely avoid any chance of returning too quickly? Do you let him help the development of Rui Hachimura, Troy Brown Jr., and Thomas Bryant or secure the maximum possible insurance payout against Wall’s $37.8 million salary?