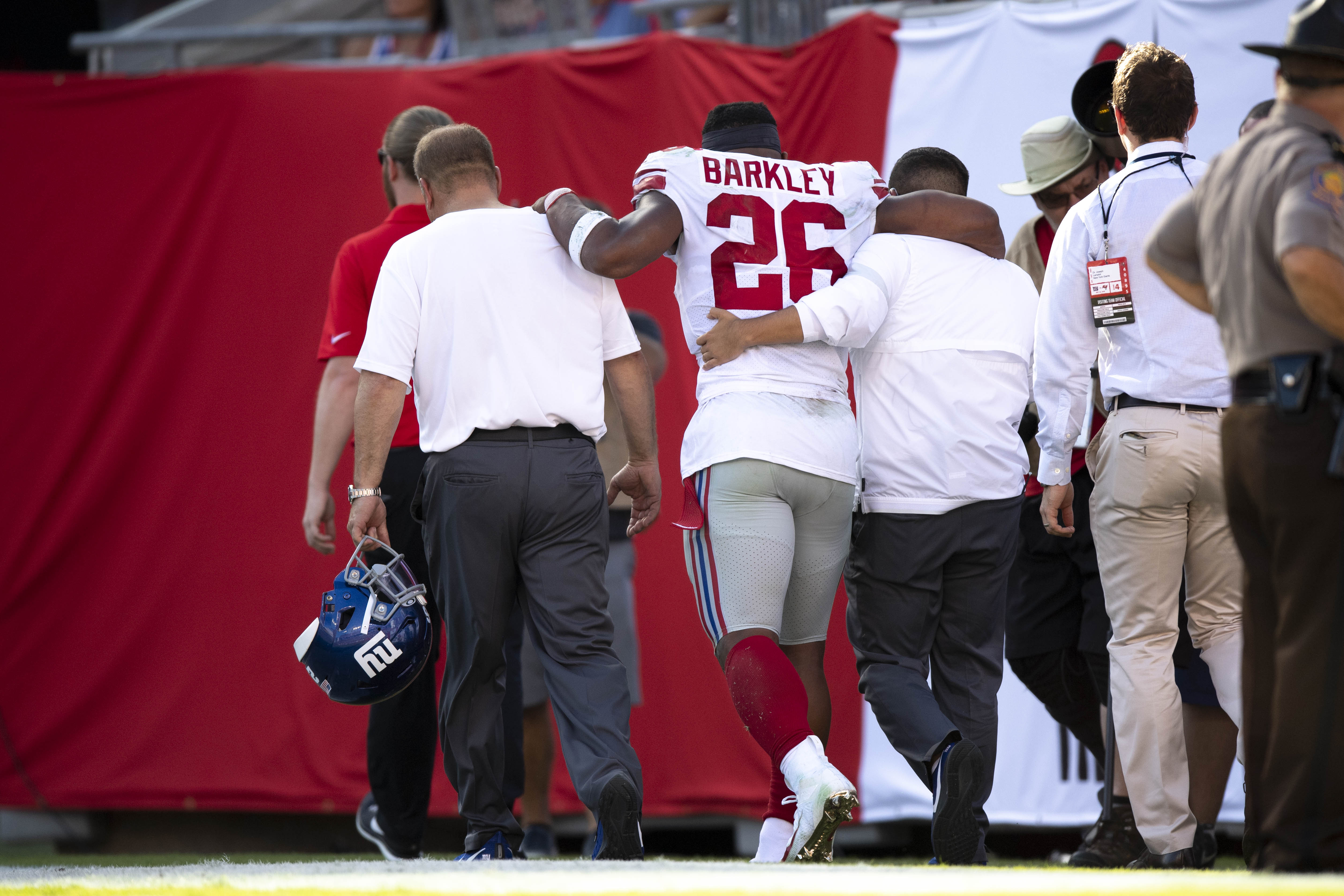 The Giants pulled off a dramatic win on Sunday against Tampa Bay, but it came at a high cost.

Star running back Saquon Barkley, who left the game against the Buccaneers with a right ankle injury late in the first half, is expected to miss several weeks, per NFL Network’s Ian Rapoport.

The #Giants are expecting to be without star RB Saquon Barkley for the next several weeks because of his high-ankle sprain, source said. Not surprising given the nature of the injury and his presence with a walking boot and crutches on the sideline.

Despite being on crutches and in a walking boot, that didn’t stop Barkley from celebrating New York’s win after the game.

Not only was it the team’s first win of the season, but it was also the first win in the first career start for rookie quarterback Daniel Jones. That being said, Jones and the Giants offense will have to step up their game in Barkley’s absence.