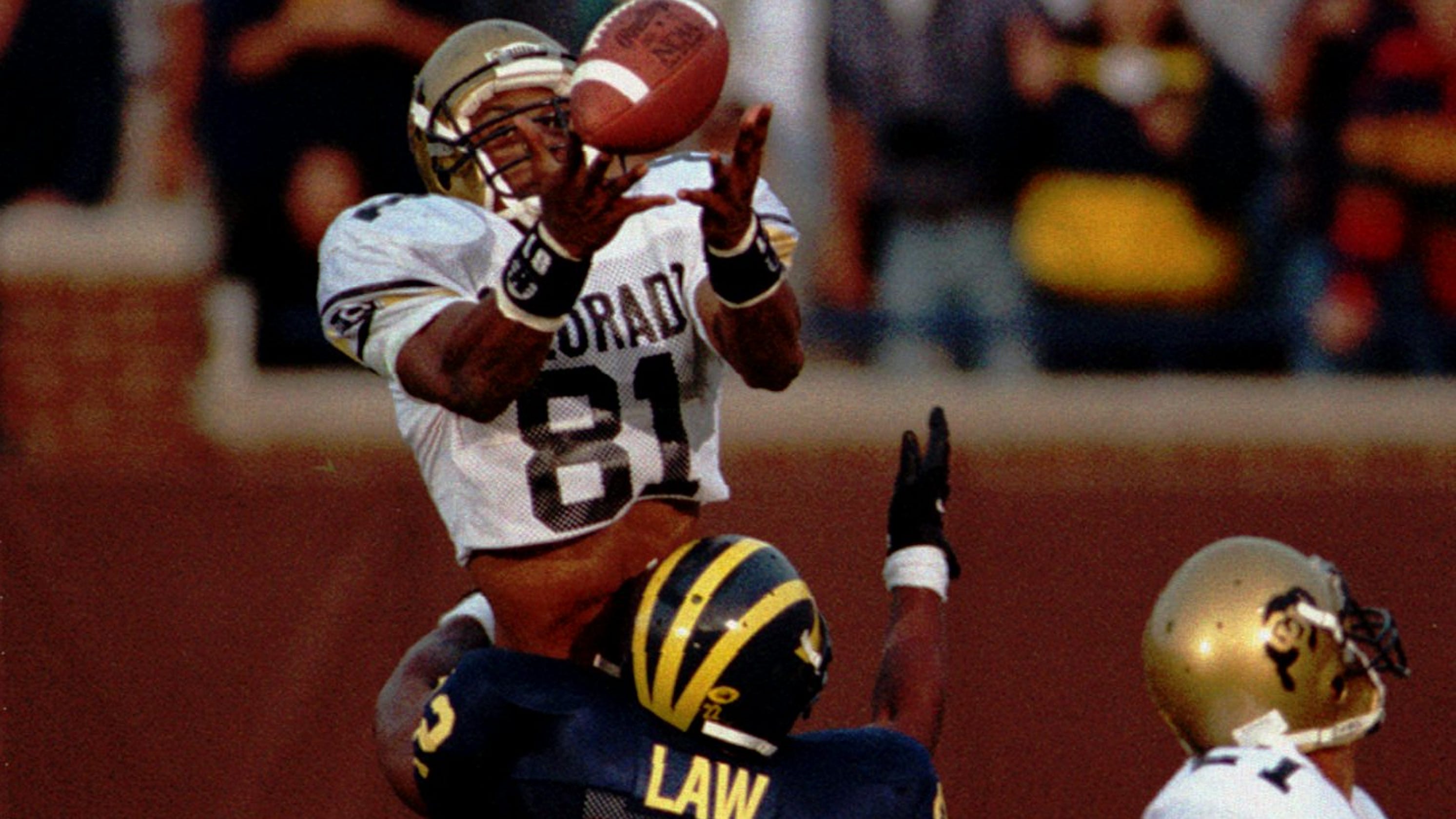 In more than 90 years of existence, Michigan Stadium — known more affectionately as “The Big House” — has seen plenty of legends, great teams and thrilling finishes. There was perhaps no moment that left the faithful in maze and blue in such disbelief as the one that occurred on this day a quarter century ago.

There was a buzz in the air as the No. 7 Colorado Buffaloes arrived in Ann Arbor on Sept. 24, 1994 to take on fourth-ranked Michigan. Colorado had a high-powered offense with names to include quarterback Kordell Stewart, eventual Heisman Trophy winning running back Rashaan Salaam and wide receivers Michael Westrbook and Rae Carruth.

From the second quarter on, Ty Law and the Michigan defense had seemingly figured Colorado out. The Buffaloes raced to a 14-3 lead, but the next 23 points would belong to the Wolverines. After whittling the lead to five at halftime, Michigan dominated the third quarter with a touchdown run from Tyrone Wheatley, a short field goal and a long scoring strike from Todd Collins to Amani Toomer.

The Michigan defense continued to dominate the early parts of the fourth quarter as the Wolverines led 26-14 when Colorado took over with less than four minutes to play in the game. The Buffaloes would mount a 72-yard scoring drive capped with a Salaam touchdown with over two minutes to play, but it seemed to be too little and too late.

Colorado’s onside kick attempt failed, which seemingly wrapped up the game for Michigan. The Wolverines would go three-and-out, but Colorado got the ball back with just 14 seconds to go pinned inside its own 20-yard-line. A 21-yard pass from Stewart to Westrbook on first down would set the stage for one of the greatest finishes in college football history.

With six seconds on the clock and the ball at the Colorado 36-yard-line, Stewart got a head of steam and launched the ball from inside his own 30. With the help of a deflection, the ball landed into the hands of a streaking Westbrook for a 64-yard touchdown, stunning the more than 100,000 fans in attendance. The final from Ann Arbor: Colorado 27, Michigan 26.

The Hail Mary for the ages would cap a monster day for Stewart, who finished with 385 yards of total offense. Salaam rushed for 141 yards in the victory while Westbrook finished with 157 yards receiving and a pair of touchdowns.

The Buffaloes would improve to 3-0 with the victory at the time and would eventually ascend to No. 2 in the AP Poll at 7-0 before falling to eventual national champion Nebraska. The Buffaloes would finish the year 11-1 and ranked No. 3 in the polls.

As for Michigan, it would settle for an 8-4 record and a No. 12 national ranking. Coincidentally, Michigan did conclude the year with a win over a top-10 team from the Rocky Mountain State — a 24-14 victory over No. 10 Colorado State in the Holiday Bowl. That however, hardly atoned for the pain suffered during the “Miracle at Michigan”. It happened on this day 25 years ago.