Eagles up against the wall in Green Bay 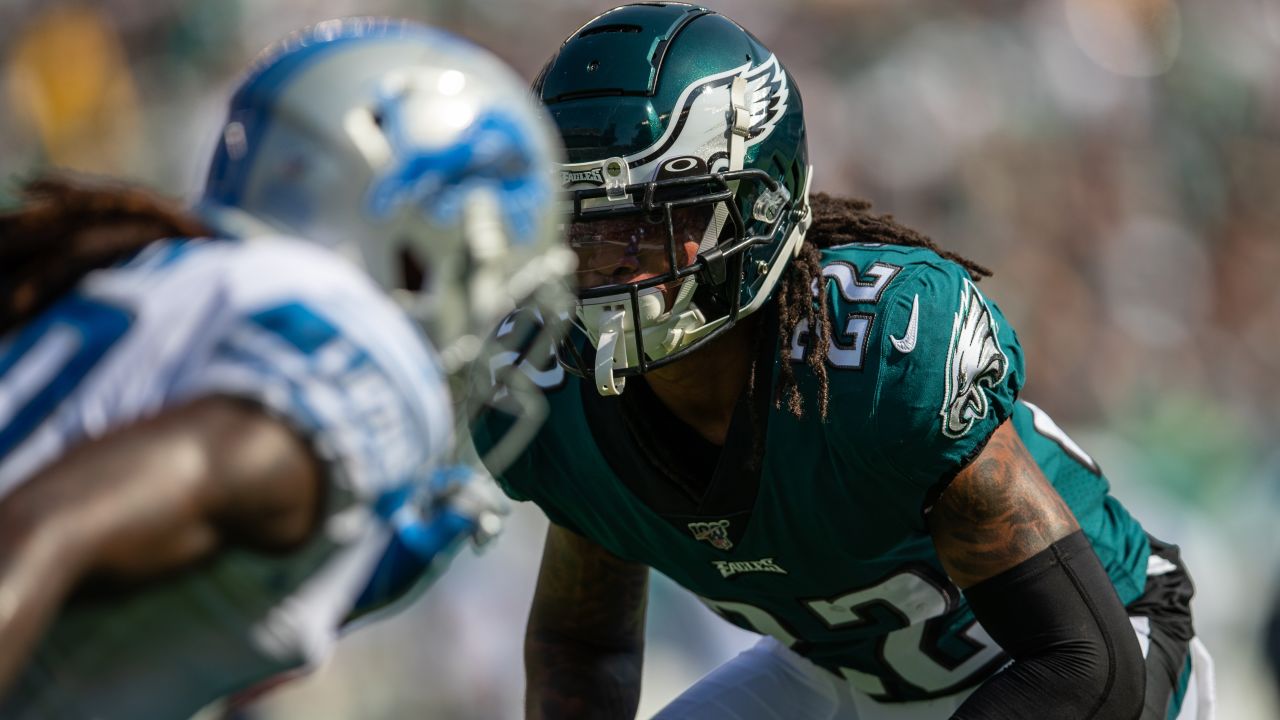 Eagles up against the wall in Green Bay

Welcome to the turning point in a 2019 season which looked so promising a month ago. The Eagles need a Bluto rally speech, because the Germans are about to bomb Pearl Harbor.

The Green Bay Packers and their vastly improved defense will look to keep the clamps on the Philadelphia Eagles when they meet on Thursday Night Football at Lambeau Field. The Packers (3-0), leaders in a tight NFC North race, have allowed just 35 total points through three games after giving up 400 last season, an average of 25. On the other sideline, the Eagles (1-2) will look to rebound after back-to-back losses, including a 27-24 setback to the Lions on Sunday. The game is slated to start at 8:20 p.m and is the first on the Week 4 NFL schedule. The Packers have won five of the last six meetings against Philadelphia and are favored by 4.5 in the latest Packers vs. Eagles odds, while the over-under for total points scored is 45.

Defensively, Green Bay has piled up 193 tackles, 12 sacks and four interceptions on the season. A big contributor is inside linebacker Blake Martinez, who leads the team in tackles with 32, including 23 solo, and one sack. In his four-year career, Martinez has 389 tackles, 257 solo tackles, eight sacks, 15 passes defensed, two interceptions and one forced fumble.

With a quick improvement of fundamentals, or an additional week of rest for banged-up wide receivers, the Eagles could be right back on track. But they also sorely lack depth and production up front, where not even Fletcher Cox has been able to push opposing teams’ pockets. Injuries have certainly taken their toll on offense and played a key factor in the Eagles’ slow start, but they are not the only reason Philadelphia needs to find a spark.

That’s because Green Bay is gonna bring big-time defensive pressure, and that doesn’t even account for Aaron Rodgers’ licking his chops to pick apart the Eagles secondary.

The Pack spent a boatload of money this offseason to improve their pass rush. Just three weeks into the season, their spending has paid dividends. Green Bay leads the NFL in defensive pressure percentage.

According to Next Gen Stats, the Packers have gotten pressure on 39 percent of their snaps this season, after being 21st in the NFL in 2018. More impressively, Green Bay has been able to produce pressure while blitzing on just 19.5 percent of snaps (fifth-lowest in the NFL).

During the free agency period, the Packers uncharacteristically opened up their checkbook to acquire lucrative free agents. Notably, the front office decided to bring in Za’Darius Smith and Preston Smith on long-term deals.

As for Za’Darius Smith, the former Baltimore Ravens is tied for fourth in the NFL with 15 defensive pressures this season. Altogether, Za’Darius has accumulated three sacks, three tackles for loss, and seven hits on the quarterback.

Also, Preston Smith has been just as disruptive on the other side of the field. Comparatively, Preston has totaled 4.5 sacks, three tackles for loss, seven hits on the quarterback, a forced fumble, and an interception.

After being ninth in the NFL in sacks in 2018, the Packers are currently tied for second in the NFL. Above all, the risk to spend money in free agency to strengthen the defense has proven to be a success.

Everyone knows how good the offense can be with Aaron Rodgers leading the way. But this may be the best Packers defense the veteran quarterback has had the chance to play with. The Packers hope to continue to collapse the pocket on Thursday night against the Birds.

Having quarterback Aaron Rodgers on the other side of the ball isn’t exactly a comforting situation for Jim Schwartz and his defense. Rodgers is 4-1 in his career (including playoffs) against the Eagles, tossing 10 touchdown passes and only two interceptions. In his lone game against Schwartz’s defense in Philadelphia, during the 2016 season, Rodgers completed 30 of 39 passes for 313 yards and two touchdowns.

“I think you’ve just got to keep coming because I think he does get rid of the ball quick sometimes”, said Schwartz. “Other times he holds that sucker for a long time and scrambles around, and we saw that from (Lions QB Matthew) Stafford. The ball was either coming out real quick or the guys were covered and he was trying to buy time and trying to make plays down the field. You’re talking about two similar guys as far as arm strength that they can challenge everywhere on the field.

“It puts an emphasis on plastering your coverage and it puts an emphasis on guys being tenacious in pass rush. Just because you’re blocked, doesn’t mean that you’re not going to be able to make a difference because the coverage takes care of – sometimes you can have the greatest rush in the world and the ball is gone. Sometimes you can have the worst rush in the world and you can be a factor in pass rush. You just need to keep those in mind.”

I don’t know how you can plaster a “sticks” wall against Rodgers, but Schwartz is gonna try. He’s going to have to do it without CB Ronald Darby (hamstring). To compensate for that loss, the Eagles promoted cornerback Craig James to the active roster from the practice squad, two days before their matchup against the Green Bay Packers.The 23-year-old James played 11 snaps on special teams and one snap on defense in the Week 2 game at Atlanta. He suited up in three games for the Minnesota Vikings as a rookie last season. A rookie free agent out of Southern Illinois, James had 67 tackles, five interceptions, and 25 passes defensed in 20 career collegiate games.

To make room for James, wide receiver Greeegg Ward has been waived (again).

Alshon Jeffery is expected to play for the Birds. Jeffery left the Atlanta game two Sundays ago after only six snaps with a calf injury that, to this day, nobody outside of Jeffery and the Eagles’ athletic training staff knows how it happened. He didn’t play against Detroit on Sunday and, after head coach Doug Pederson said on Monday that he was “hopeful” that Jeffery would go against the Packers, he’s been ramping up his rehab work. The question on Thursday night will be just how many meaningful snaps Jeffery can handle.

Linebacker and special teams captain Kamu Grugier-Hill is on track to make his season debut Thursday night. He’s been sidelined with a knee injury suffered in Training Camp.

Rookie wide receiver J.J. Arcega-Whiteside doesn’t know when he suffered a heel injury in Sunday’s game against Detroit, but said it would not preclude him from playing Thursday night. Arcega-Whiteside played 55 snaps Sunday with DeSean Jackson and Alshon Jeffery sidelined. He had one catch for 10 yards on three targets. One of them was the final play on offense for the Eagles where quarterback Carson Wentz went for Arcega-Whiteside on a deep post. Arcega-Whiteside was unable to come up with the catch near the goal line.