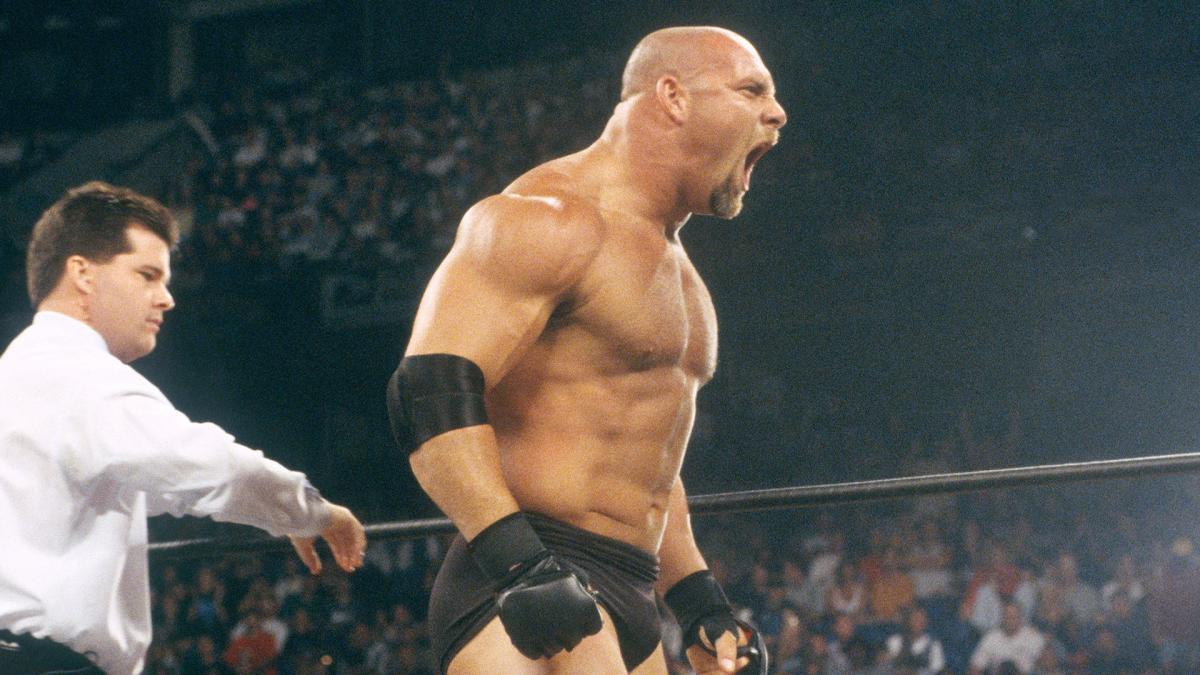 Goldberg may be returning to WWE TV once again as there are rumors circulating around websites that the WWE Hall Of Famer may be appearing on SmackDown Live‘s debut show on FOX on October 4th.

The former WCW World Champion was recently in an altercation with Dolph Ziggler over the weekend in Las Vegas and posted a video of the incident between him and Dolph on his Instagram page.

…. what happens in Vegas obviously doesn’t stay in Vegas! 😡 My usual stop at @andiamolv to see @richardwilk and @bellatormma @roynelsonmma came with an unexpected surprise. Looks like @heelziggler and I still don’t see eye to eye! Fortunately for him I wasn’t still hungry! AND @ufc ‘s @erykanders was there to help him get away!!! #spear #jackhammer #whosnext @dodgeofficial @limitless @redynutrients @frioicechests @speedkore01

According to a report by PWInsider, they reveal that people within WWE expect that the altercation between the two competitors is going to lead to his appearance on SmackDown Live‘s debut episode on FOX.

Goldberg has been one of the most talked about WWE stars this year as he competed in Saudi Arabia back in June at Super Showdown against The Undertaker for the first time ever. The match between the two legends ended up not being well received by fans as the match was filled with mistakes being made by both competitors.

After the event, Goldberg would be vocal about his performance in the match and claims that he was disappointed on how the match went down. He would then state that he wanted to redeem himself for his fans.

Goldberg found his redemption as he went one on one with Dolph Ziggler at SummerSlam last month and was victorious in yet another impressive showing by the Hall of Famer. Goldberg would hit more spears on Ziggler when the match was over after Ziggler continued to talk trash to Goldberg.

SmackDown Live‘s debut show on FOX will air on October 4th and will be held at the Staples Center in Los Angeles. There has been no official confirmation by the WWE on if Goldberg will appear on the debut episode or not at this time.