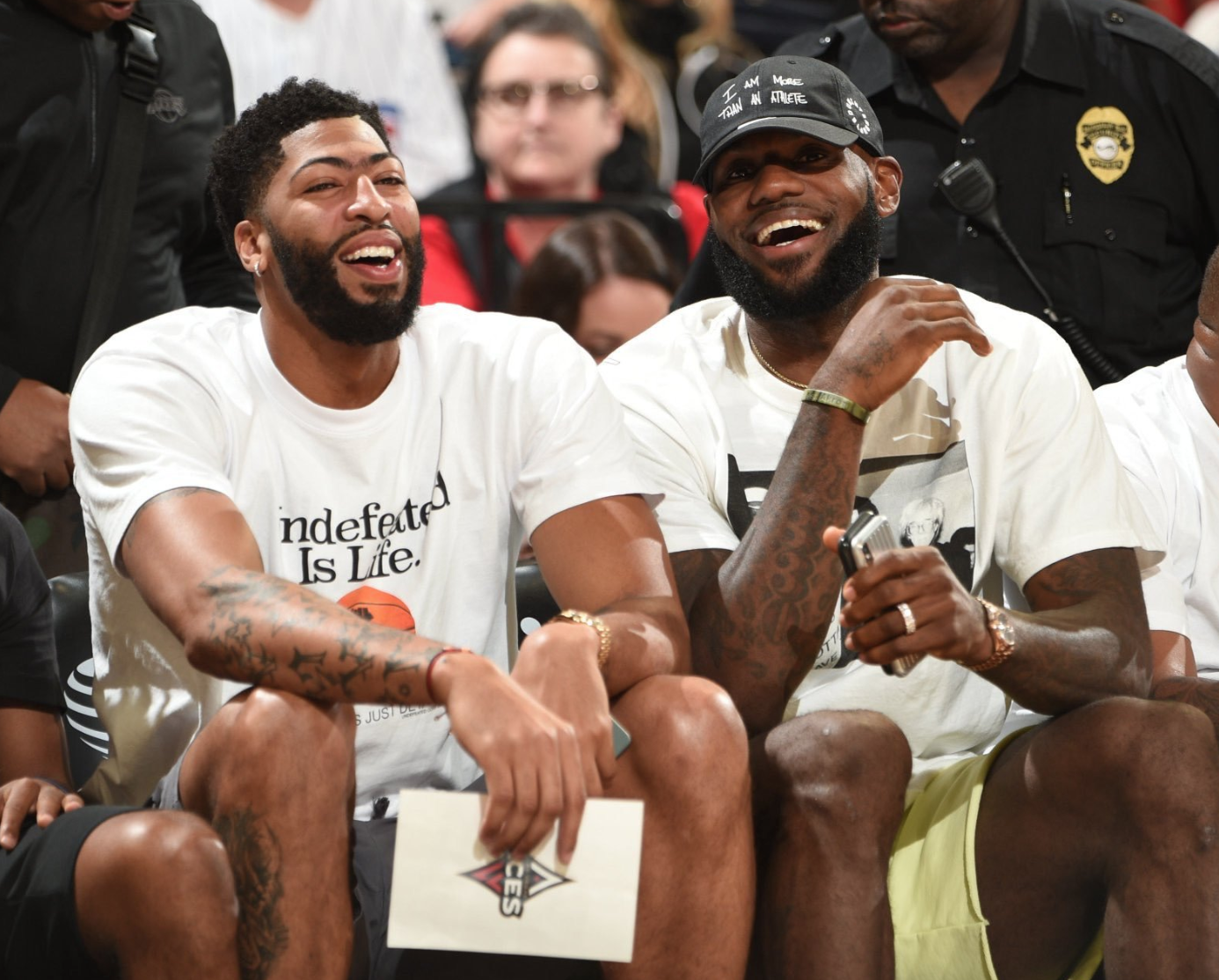 Now that Anthony Davis and LeBron James are Lakers teammates — with the same agent, Rich Paul, representing them — they’re attempting to carve out time to hang out together, in hopes of developing chemistry.

The Lakers failed to land Kawhi Leonard, so it’s pretty much James, AD, and a squad of role players, if that, as the team parted ways with most of its middle-tier guys to land Davis. Kyle Kuzma can stretch the floor and shoot from the perimeter, but he can be a liability on the defensive end of the floor.

So if the Lakers want to return to the playoffs, they’ll need James and Davis to carry them. The two appear to be aware of that fact, so they’re trying to hang out and get on the same page ahead of the season. Tuesday was the most recent example, as the two hit up some WNBA Playoffs action at T-Mobile Arena to watch the Mystics and Aces square off.

LeBron and Anthony Davis on the sideline watching the Aces-Mystics game pic.twitter.com/octFvbfDWj

It looks like they were having a good time.