Your Morning Dump... Where we got stuff about Brad and what not. 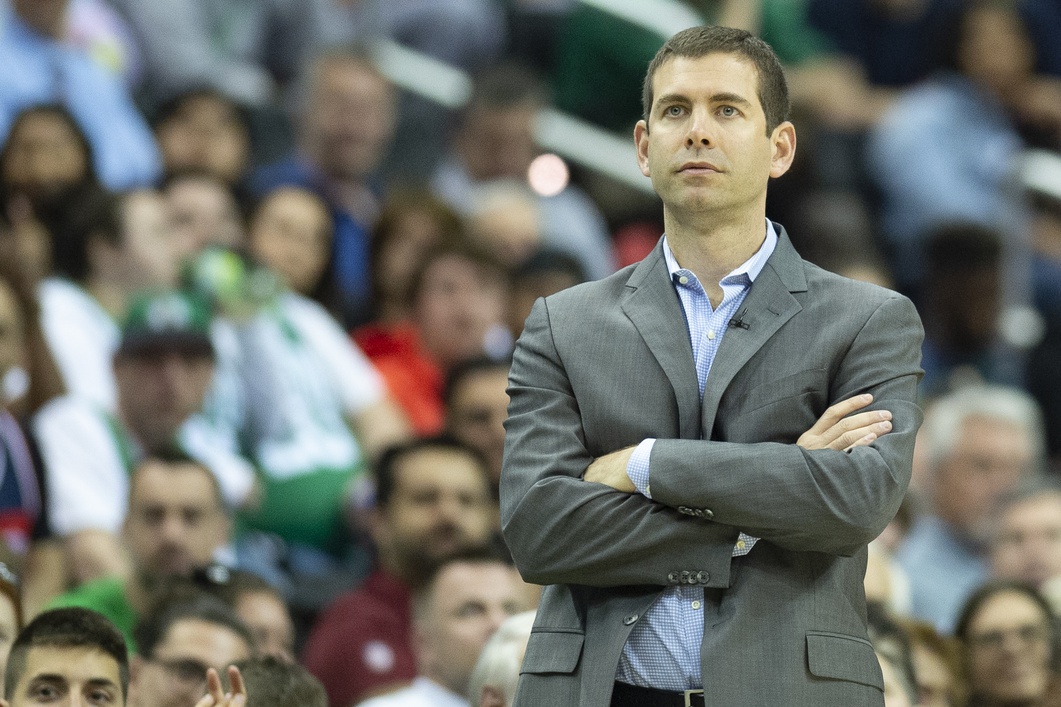 Your Morning Dump... Where we got stuff about Brad and what not.

One highly disappointing calendar year later, the Celtics’ linear path toward Eastern Conference supremacy suddenly looks a lot different. The team will still be competitive — Ainge pivoted impressively, acquiring Kemba Walker after it became abundantly clear Kyrie Irving didn’t plan to return — but barring a major jump from Jayson Tatum, the best player on the Celtics’ next title contender may not yet be on the team.

“My care is that we play with great effort and togetherness,” Stevens said. “That is it. That’s what we’re looking for, that’s what we want to be. All the technical basketball plays and system, all that stuff, that stuff will figure itself out. I feel like we’re in a good foundation there, but we’ve got to play like a Boston team should.”

It is rather interesting that five years of ‘overachievement’ have been forgotten after one year of disappointing performance.

It’s also interesting to me that people have collectively forgotten how good Gordon Hayward was before his injury–and that his injury was, unlike the Achilles tears that Durant, Kobe and Cousins suffered, one with a high prognosis of full recovery (viz. Paul George whose issues now are the same that they were before his injury, principally that he does not have the temperament to be a team leader).

I also tend to see statements like this as being a bit difficult to substantiate:

They were in pole position to acquire Anthony Davis when he inevitably requested out in New Orleans.

As far as I know, I may have been one of the first people to say that the Celtics should target Davis–having said so back in 2016 (when you botch as many predictions as I’ve done, you’ve got to hang your hat on the ones you get right). But once Davis signed with Rich Paul, you could pretty much forget about him coming to Boston. Paul was going to steer Davis to LeBron’s team.

But anyway, this post was supposed to be about Brad Stevens—who, one hopes, will be listened to a bit more closely when he preaches the same ‘don’t skip steps’ sermon that he preached last fall.

“My biggest thing is not about what they look like, it’s about what they’ve invested, what they’ve put in, you know, some sweat equity together and just to be ready to roll together,” Stevens said. “And there’s been a lot of guys that have worked really hard. That’s not different than other summers, and if they weren’t here, that’s okay too. They’ve been working hard wherever they’ve been. So I think at the end of the day, putting all those investments together and then kind of making sure the lens is focused … It’s about we, it’s about being the best that we can be.”

It’s very interesting to see the difference in Stevens’ comments year over year. Last year was all about how the team was trying to take short cuts to success:

He brushed aside the suggestion that trying to reintegrate injured players could be causing some of the first unit struggles.

“I don’t think it should be an excuse for doing things right,” said Stevens.

The sixth-year coach wants his team to work together to fix what’s ailing them and not try to lean on talent.

“No shot we dominate off talent alone. No team does that,” said Stevens. “You have to play together, you have to play the right way. If you have really good players and they all do that, then you can have a special year.”

If Stevens’ comments are to be trusted, he’s satisfied with the way his team is approaching this season, something that absolutely was not the case a year ago.

“Being able to sift through what’s important and what’s not, and trying to be as good as we can be together is all we’re trying to focus on. I said this the other day: My care is that we play with great effort and togetherness.

Playing with ‘great effort and togetherness’ were hallmarks of the first five Celtics teams that Stevens coached. It was, for a variety of reasons—some of which we may not know for years, if ever—an ongoing issue for last year’s team.

But the bottom line is that Stevens’ tone reflects a different attitude for this year’s team, and attitude—not talent—is what sank last year’s team before the season even started.

Page 2: Where Doc dishes on his conversations with Brad

“Brad and I talked several times about team chemistry,” Rivers added. “Brad had a young team. They have that first year where they go to the Eastern Conference finals and the next year, the assumption of winning is a dangerous thing. Young players assume we’ll be back next year and the same thing will happen and you find out that that’s not so.

“Experience will be invaluable. You’ll see [Jayson] Tatum and [Jaylen] Brown, those guys will be much better because of it.”

I suppose, seeing how these guys only coach against each other a couple times a season–unless they meet in the Finals–I shouldn’t be that surprised that Stevens and Rivers compared notes during the regular season. It’s difficult to imagine Stevens having multiple conversations with, say, Brett Brown, about how to improve team chemistry.

I have my doubts about Rivers’ creativity and resourcefulness as a coach—I don’t think he would have done nearly as well as Stevens did in guiding the Celtics through their rebuild—but he is great at getting guys on the same page. As time has separated us from the 2008-2010 Celtics, it’s become clear that in the hands of a less-skilled coach, they might never have gelled. A less skilled coach would have never been able to get Rajon Rondo and Ray Allen to cooperate, even when it was obviously in the best interests of both to do so.

Stevens and Rivers have very different approaches to coaching. In a vacuum, Rivers might have been a better coach for the 2018/19 Celtics than Stevens, but it doesn’t follow that Rivers is a better coach for the Celtics long-term than Stevens. If Stevens lacks a certain ability to light a fire under guys who are underperforming, his long-term approach, along with Ainge’s, is that they do not want guys that cannot motivate themselves.

And, basically, the Stevens/Ainge experiment is whether you can assemble a championship team made up of guys who don’t need a head coach chewing their ass on the regular.