Aaron Rodgers praises Packers defense, but indicates offense needs to 'do our part' 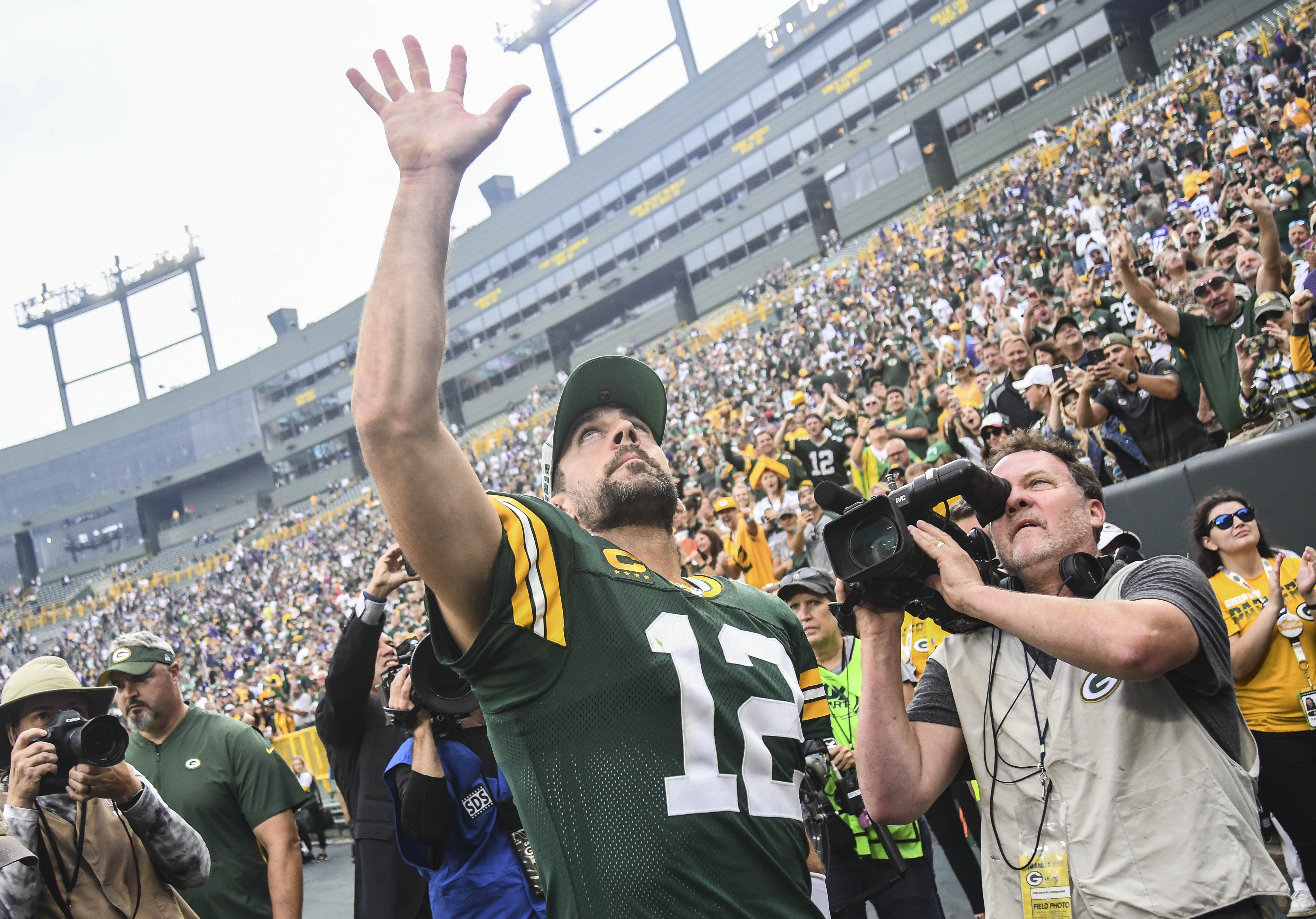 Aaron Rodgers praises Packers defense, but indicates offense needs to 'do our part'

Packers quarterback Aaron Rodgers is happy his team is off to a 3-0 start, but he still sees plenty of room for improvement — mainly on the offensive side of the ball.

It was expected that there would be some kinks to work out early in the season, with Rodgers and his teammates needing to take some time to adjust to the new system. Former head coach Mike McCarthy’s route concepts were centered around isolation routes, while Matt LaFleur’s involve scheming to get receivers open in space.

The Packers currently rank 23rd in points per game (19.3), but 28th in yards per game (286.7). Big plays have fueled the offense thus far, and they’ll eventually need to work on sustaining drives. Rodgers himself even admitted the offense needs to improve, in speaking to reporters this week.

“It’s time for us to do our part on offense,” Rodgers said, via the team’s official website. “Moving forward, we’re going to play a stretch of really good football teams. At some point, we can’t expect our defense to shut everybody down. They have been, but at some point, the offense is going to have to wake up and start making some plays.”

The defense does look stout thus far, and that’s a positive going forward. Once the offense gets rolling — look out, NFC.