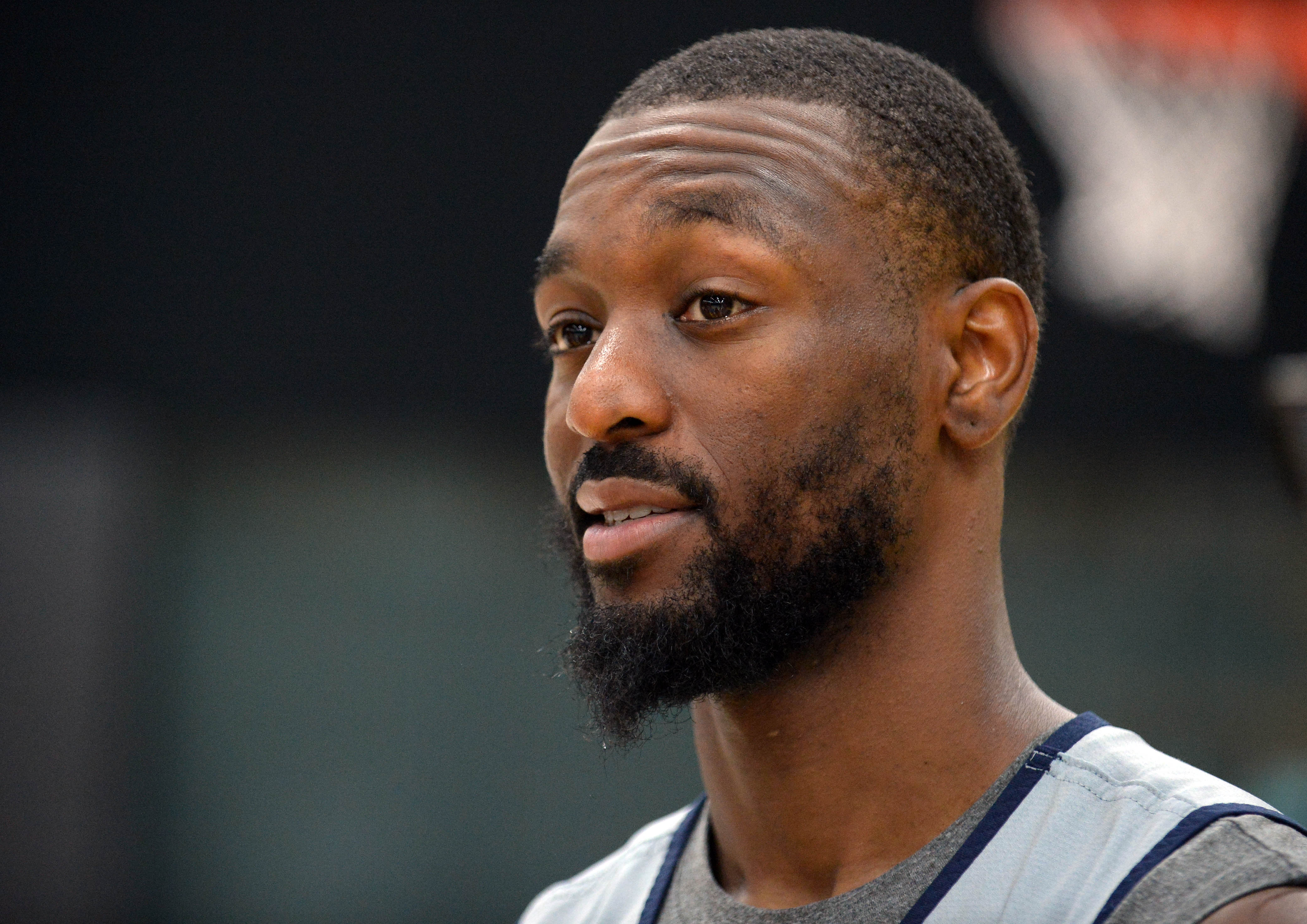 The Celtics made a huge roster change in the offseason, swapping out backcourt leader Kyrie Irving in exchange for Kemba Walker.

Both point guards are leaders in their own right, but Walker leads by example, and is fairly quiet, while Irving is more vocal, and has no problem criticizing his teammates.

Irving’s style just wasn’t working well with the Celtics’ young stars, and it did appear that it was time for a change. In comes Walker, who should click well with his new teammates, so it will be interesting to see how long it takes for them to develop chemistry.

For now, the Celtics coaching staff is focused on getting Walker acclimated and adjusted in the new system.

“Kemba is here,” Stevens said, according to Boston Sports Journal. “Kemba’s been here since he got back I think, so we’ve seen him almost every day. Last week, he did a lot less, obviously, because he was just getting worked on, but he was on the court today. I don’t think he ended up playing 5-on-5 but he looks good. I think, once the season hits, he will be ready to roll.”

“I think the biggest thing for him is even though he’s an All-Star and is as good as he is, it’s still a transition when you go to a new city and a new team,” Stevens noted. “Those great players have a tendency to make those things look smooth but we just have to be cognizant as a staff of that.”