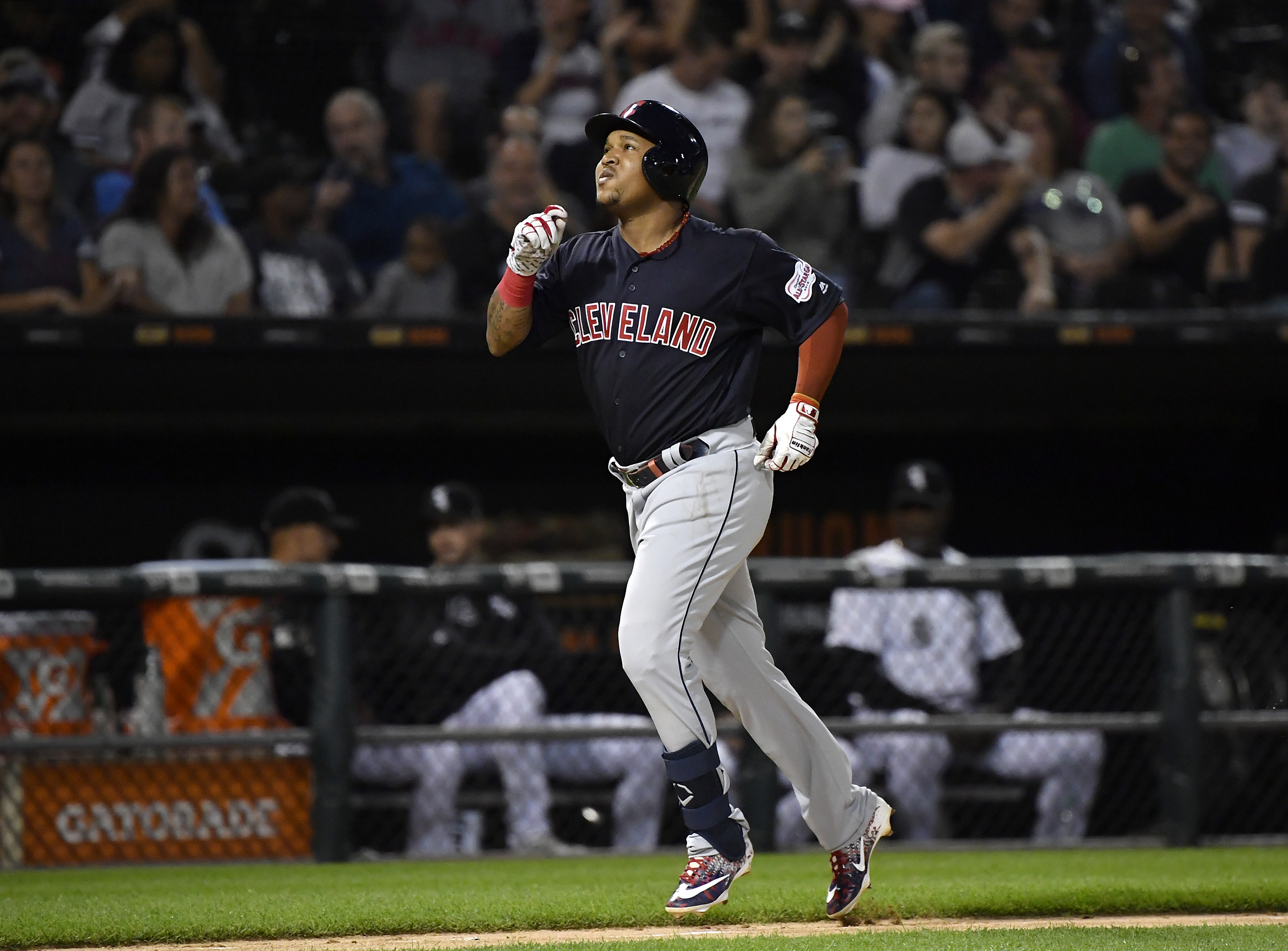 Cleveland Indians third baseman Jose Ramirez returned from the injured list on Tuesday night, which was a feat impressive all by itself. He broke his hamate bone on August 24th, which came with an expected recovery time of 5-7 weeks. He was sidelined for less than four weeks before getting back on the field.

What he did once the game started was just icing on the cake. And really, he did more than a full day’s worth of work in just two plate appearances. Those trips to the plate included a grand slam and a three-run homer, leading to some ridiculous statistics.

.@MrLapara returns from the IL with a bang.

He is the first @Indians player with 7+ RBI in the first 3 innings of a game since Vic Wertz in 1957.

The 7 RBI for the @Indians' Jose Ramirez tonight tie the most by any player in his 1st game back after not playing the previous 30+ days (since RBI became an official stat in 1920).

#Indians Jose Ramirez is the first switch-hitter to have at least three RBI from each side of the plate through his first two plate appearances of a game since U.L. Washington on Sept. 21, 1979.

Watching Ramirez do ridiculous things on the baseball field — and, more specifically, in the batter’s box — isn’t anything new. After all, he entered 2019 fresh off two straight years of producing an fWAR of at least 6.5, which also included back-to-back third-place finishes in American League MVP voting.

He was viewed as a crucial part of the Indians’ offense that came into the season with a number of questions, and he struggled mightily coming out of the gate. In 364 plate appearances leading up to the All-Star break, Ramirez slashed just .218/.308/.344 with seven homers and 35 RBI, producing a lackluster 68 wRC+.

His season-long wRC+ of 103 and 3.2 fWAR show his production has taken a step back from 2017 and 2018, but they don’t tell the story of how far of a hole he dug himself out of to get there. So what changed from one half to the next? By breaking his 2019 campaign down, it’s like he experienced two different seasons in a span of six months.

The obvious things happened, like a slight decrease in soft-hit rate (18.8% to 16.2%) and a dramatic increase in hard-hit rate (36.4% to 49.3%). This was also accompanied by a five-percentage-point drop in fly-ball rate, which basically went right to his elevated line-drive rate. This all helped Ramirez’s BABIP correct from the .234 mark he posted in the first half to his current .314 mark since the All-Star break.

While it seemed as if he was experiencing some tough luck during his slow start, he did make some adjustments to his approach that have helped yield huge results. Ramirez hasn’t seen a huge rise in strikeout rate (13.5% to 14.6%), but his walk rate has basically been cut in half (11.3% to 5.8%). His overall swing rate has change by merely half of a percentage point, but the distribution has shifted. Here’s a look at how his chase rate and swing rate on strikes have progressed from one half to the next, along with the corresponding contact rates.

When these changes are combined with an improved batted-ball profile and drastically improved quality-of-contact numbers, good things are bound to happen.

Ramirez’s early return from the IL is perfect for the Indians with the regular season finishing up on Sunday. They own a 93-64 record heading into Wednesday’s action, which has them 0.5 games out of the final AL wild-card and just one game behind the Oakland Athletics for the top spot.

These final few regular-season games should be interesting, and Cleveland has to feel confident by getting a huge piece of its offense back in the lineup.