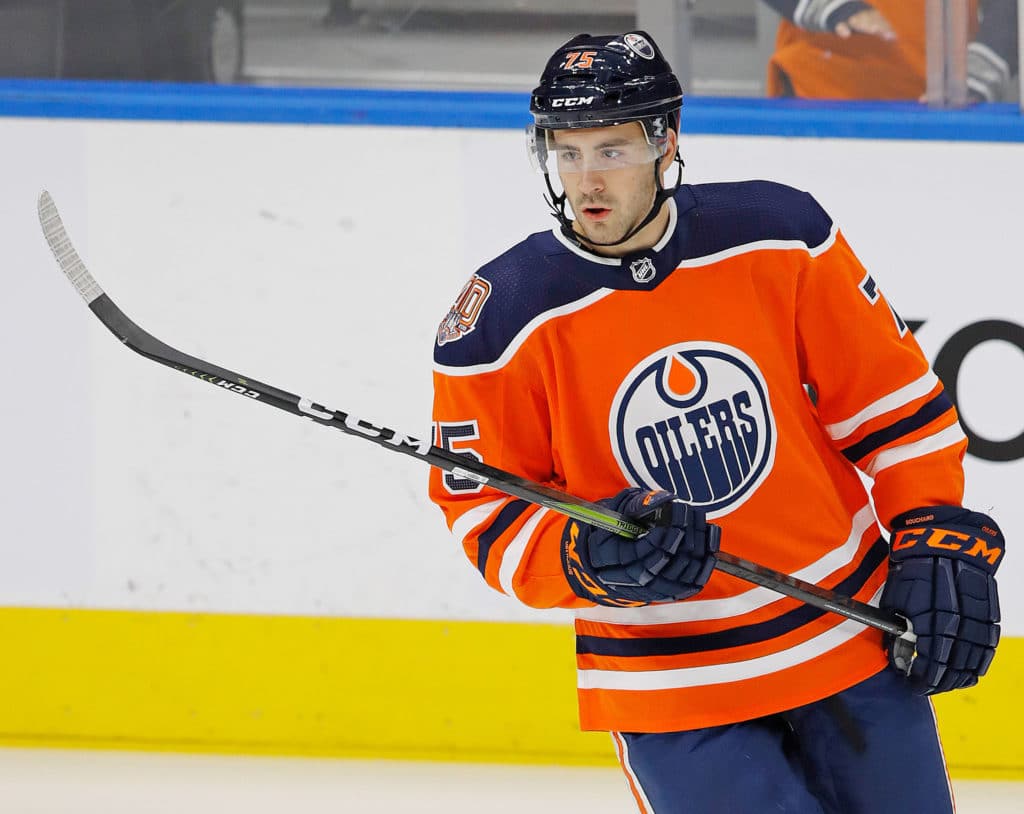 The Edmonton Oilers did the right thing after their 4-2 preseason defeat at the hands of the Arizona Coyotes on Tuesday night. The club assigned top prospect Evan Bouchard and goaltender Shane Starrett to the AHL’s Bakersfield Condors.

Bouchard, the tenth overall pick in 2018, is no doubt feeling the disappointment of missing the mark. He impressed mightily in camp a year ago and made the club. He looked great in the AHL’s Calder Cup Playoffs last spring, and showed flashes again in camp this year.

GM Ken Holland is playing the long game. With Bouchard, there is nothing wrong with that. His offensive game is at an NHL level, I don’t think anyone will argue that. Bouchard’s sublime passing skills will make him a force at the NHL level when he does eventually arrive.

He’s got a heavy shot, can move the puck, has exceptional skill and is mobile. In many ways, he’s a perfect fit for the modern game.

The issue with Bouchard is his defensive play. It’s not uncommon for young defenders either, but Bouchard does struggle with coverage from time to time. In addition, he has to get better with battles along the wall and needs to do a better job with puck retrieval.

The good news? Bouchard was exceptional in those areas with the OHL’s London Knights. It’s going to take time adjusting from junior hockey to the professional level. Once Bouchard does make that adjustment, he’ll be a stud.

Learning from Jay Woodcroft and Dave Manson will only help. Those two have done wonders for the careers of Ethan Bear, Caleb Jones and William Lagesson.

Everyone, myself included, wants to see Bouchard in Edmonton. His skills are a perfect match for this lineup, and his ceiling indicates he’s a no doubt top-four defender in the NHL. Patience is required. He’ll get there, but Bouchard isn’t there just yet.

A month or two in Bakersfield, playing a key role, will help him long term. It wasn’t the easy decision, but sending Bouchard down was the right decision by the Oilers.