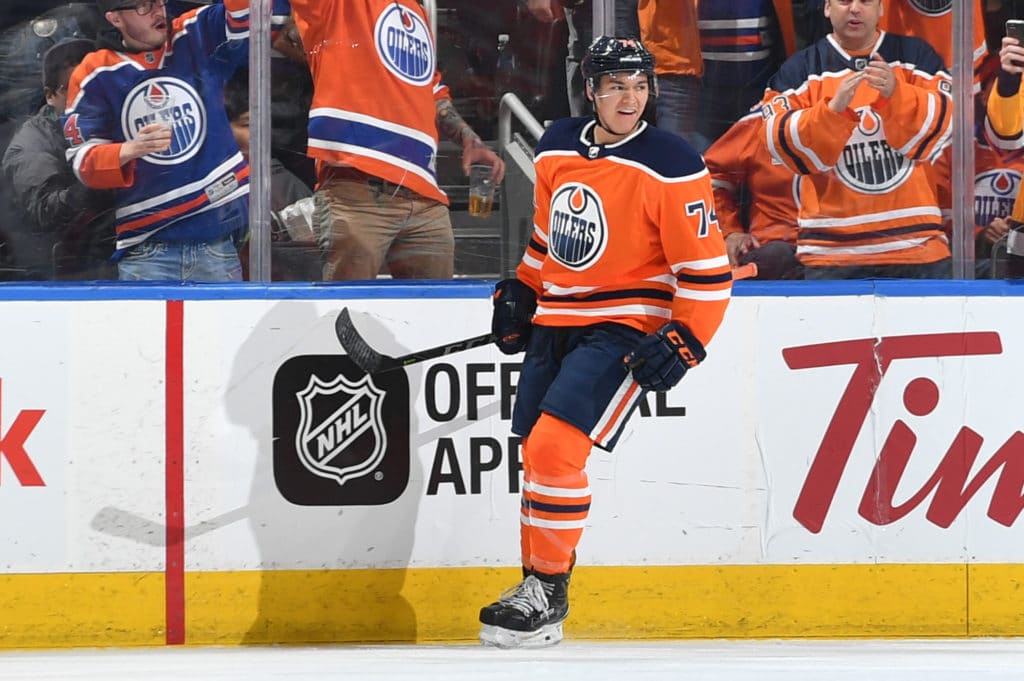 Ethan Bear had a quietly solid season with the AHL’s Bakersfield Condors a season ago. In Edmonton, however, the attention was on Evan Bouchard and Caleb Jones. There was good reason for that. Bear made the Oilers out of camp, but never played an NHL game and was hurt early. Bouchard also made the team, played and scored his first goal. He went back to the OHL, dominated for London, and then posted eight points in as many AHL playoff games.

Jones, meanwhile, took a huge step forward and made his NHL debut. He showed quite well in a third pairing role and many believed he was ready to make the jump to the NHL. Jones was cut six days ago. Bouchard was cut on Tuesday. Bear still remains with the Oilers and looks like a lock for the roster.

He’s now got a clear path to earning a second pairing job alongside Oscar Klefbom.

It’s unfortunate that Joel Persson injured his shoulder on Tuesday night against the Coyotes. To this point in camp, he had looked solid paired with Klefbom. He needs to improve his board battles and there were some coverage issues, but Persson showed promise with the puck and his speed was a nice fit for the Oilers.

Luckily for him, the injury is only expected to keep him sidelined for 7-10 days. That puts him on track to return close to opening day on Wednesday. Unfortunately for Persson, the injury opens the door for Bear, even if it is only for a week.

A good camp had Bear on the roster as the Oilers went to Germany to finish the preseason, but an injury kept him out of game action. Evan Bouchard and Matt Benning stepped up, and Bear never played in NHL.

The opportunity he lost a season ago is available right now.

The hype surrounded Bouchard and Jones coming into camp, and rightfully so. Both had strong 2018-19 campaigns and both provide the Oilers with skills missing from the current roster. Bear also provides the Oilers with those skills.

People seem to forget, but Bear is a strong puck mover with good offensive instincts and a big shot from the point. The Oilers lacked all of those things from their defense last season.

Like Jones and Bouchard, Bear’s skillset is a good match for the weaknesses of the Edmonton Oilers. He’s been the best of the bunch in training camp, and at 22-years-old is ready to make the jump.

With Persson out of the lineup, Bear will get at least the final two preseason games to earn the job opposite Klefbom.

Opportunity was lost last September due to injury. Now, an injury to another defenseman has opened the door for Bear. It’s time for him to take the reigns.