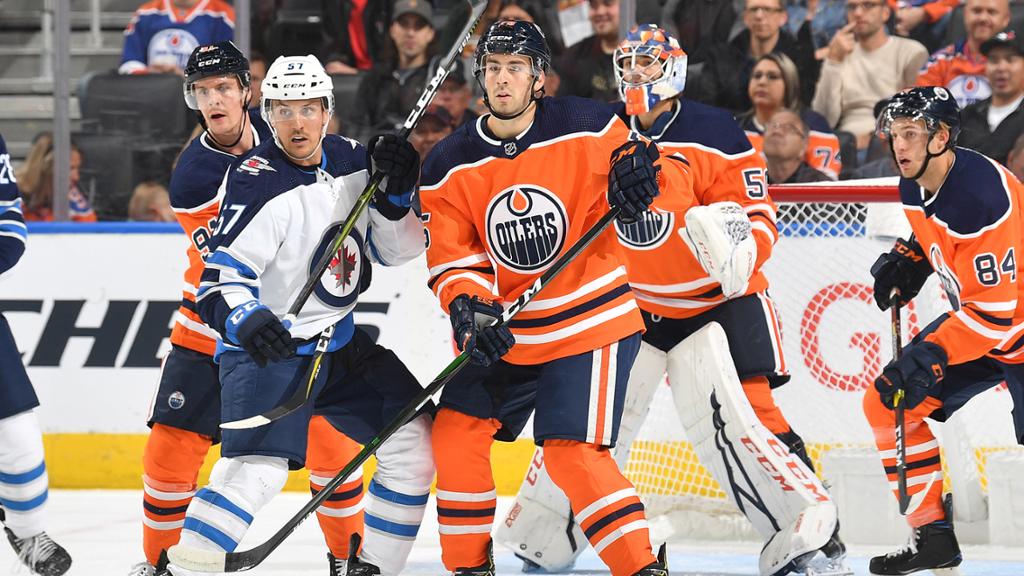 The Edmonton Oilers kick off a two game road trip tonight in Winnipeg that will take them through the end of the 2019 preseason. The Oilers and Jets meet for the second time, the first in Manitoba, on the exhibition trail. Edmonton took the first game 3-0 at Rogers Place last Monday.

The Oilers dropped a sloppy 4-2 decision on Tuesday at home, a disappointing result considering the quality of lineup that was dressed. Connor McDavid made his preseason debut, and the expectation is that he’ll get a second game tonight.

The Oilers used Tuesday as a dress rehearsal of sorts for their stars. They’ll use tonight and Saturday as the final tests for the players looking to make the final roster.

Tonight is especially important for Ethan Bear, Patrick Russell, Colby Cave, Joakim Nygard, Gaetan Haas and Tomas Jurco. All of them are on the bubble and have a real chance to make this team. Bear very well could end up on the second pairing with Oscar Klefbom should he perform well in Winnipeg and Calgary.

Smith will play the entire game, with Mikko Koskinen getting Saturday’s tilt in Calgary. Smith was solid in two periods against the Coyotes on Tuesday night. Nygard, Jurco and Burdasov are getting a terrific opportunity tonight. More on that in a minute.

Well, there are none. The Jets have not put out a projected lineup for tonight, but have released the roster that will play. It’s a veteran group for a Winnipeg team dealing with the absence of Patrik Laine, Kyle Connor and Dustin Byfuglien.

Both NHL goalies, Connor Hellebuyck and Laurent Brossoit, will be dressed. Of the dressed defenders, only Dmitry Kulikov appeared in the playoffs for the Jets last season. Tucker Poolman and Neal Pionk are two of the younger puck movers who will get a look for Paul Maurice tonight.

Up front, the Jets will send out stars like Nikolaj Ehlers and Mark Scheifele. Depth players Mathieu Perreault, Andrew Copp and Mark Letestu will also dress.

Tomas Jurco, Joakim Nygard and Anton Burdasov: At least one of these men will not make the opening night roster. Jurco gets a look with McDavid and Neal tonight, while Nygard and Burdasov will flank Leon Draisaitl. These skaters are getting a chance to play with some of the best in the game. The opportunity to produce is there. Who will take advantage? Tonight’s performances will go a long way towards determining who stays and who goes.

Ethan Bear: Bear has been both very good and quite lucky this training camp. He outplayed Caleb Jones, Evan Bouchard and Matt Benning, then watched Joel Persson get injured. Tonight, Bear is partnered with Oscar Klefbom on what would be the normal second pairing. A good night for Bear will put him in the lead for a top-four job. This is a huge test for the young defenseman.

William Lagesson and Brandon Manning: These two, who will skate together on the third pair, are competing for the seventh defenseman job. In Manning’s favor is his status as a veteran, while Lagesson has a much better contract and has outplayed Manning to this point in camp. Whoever plays better tonight and on Saturday will be on the roster come Wednesday.