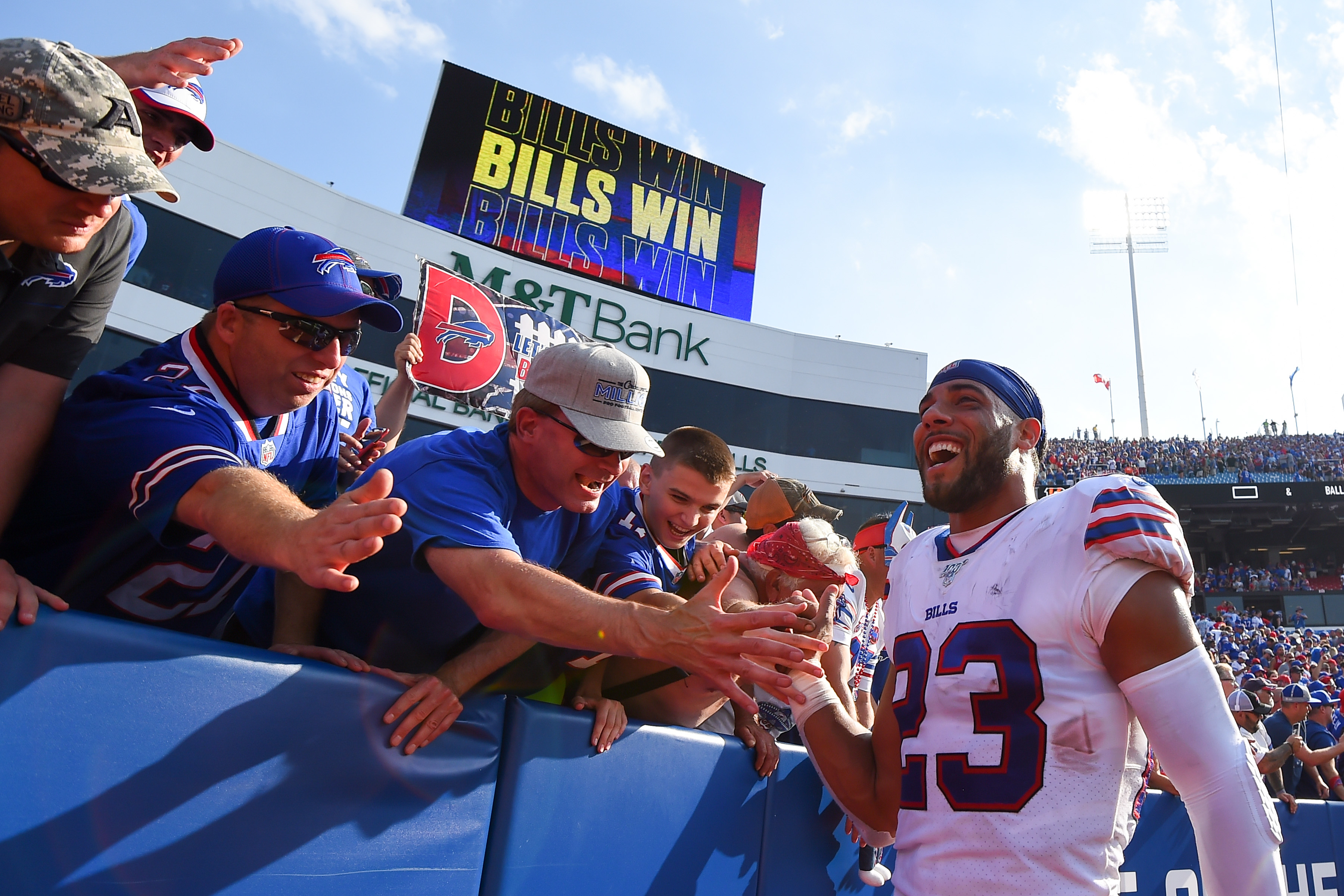 It’s hard to believe three weeks of NFL regular-season play are already in the books, with October just around the corner, but that’s the reality. NFL teams are seeing their margin of error become smaller and smaller, and it’s time to begin making adjustments, or else face the possibility of not playing meaningful football in January and beyond.

Young quarterbacks have taken the league by storm, and they’ve forced defensive coordinators to make adjustments to their scheme, or else face the possibility of giving up big plays in the future. The days of traditional pocket passers have long passed, and it’s now all about trying to defend dual-threat quarterbacks.

Week 4 of the NFL season features an exciting slate of games, and here are the five best value bets to make this weekend.

The Patriots look unbeatable, but they haven’t really played anyone that can be considered a legitimate contender — until now, that is. Buffalo fields one of the top three defenses in the NFL, if not the best, and defensive guru Sean McDermott will come up with a gameplan to slow New England’s offense. Not only that, the fans at Orchard Park will be as loud as always, and they’ll do their best to make life difficult for Tom Brady and Co.

Both teams are undefeated, and they’re tied atop the AFC East standings, so this game is of pivotal importance. It’s probably the biggest statement game in over a decade for the Bills, so expect them and their fans to treat this like a Super Bowl, even this early in the season. Getting a touchdown in this divisional showdown, with the Bills’ stout defense, is simply too much value to pass up, as we believe the Bills have a chance to win this game outright as well.

Rookie quarterback Daniel Jones has ignited a spark for the Giants that the team has not seen in many years. Out is 38-year-old veteran Eli Manning, with Jones now under center, and the results were noticed immediately. Jones took over for Manning mid-game last Sunday, and it didn’t take him long to erase the 18-point deficit, then eventually lead his team to a huge road victory over the Bucs.

Don’t expect that spark to go out anytime soon, certainly not against the Redskins’ 22nd-ranked defense. Washington is a team with both head coach and quarterback uncertainties, now that Case Keenum has suffered a foot injury, and is currently wearing a walking boot. They have no identity on either side of the ball, and we expect a big statement game from the Giants in front of their home crowd on Sunday, as the organization is turning over a new leaf.

The Browns have shown that the hype has been greater than the product they’ve shown on the field, and they continue to struggle to gain any consistency on offense. New head coach Freddie Kitchens has admitted that both calling the plays and managing the team has been difficult, and it’s shown. Not too many playcallers would’ve dialed up a draw play on 4th-and-9, yet that’s exactly what Kitchens did during Sunday’s loss to the Rams.

As for the Ravens, they’re one of the last teams a struggling offense would want to see, as they have a vaunted pass rush and can also play tight coverage in the secondary. They blitz often, and pressure is what has given young quarterback Baker Mayfield fits this season. It’s a bad matchup for the Browns at a bad time, so take the Ravens.

Bucs quarterback Jameis Winston is a turnover machine, and he’s now set to travel cross-country to square off against one of the most aggressive, opportunistic defenses in the NFL — on the road, no less. That’s a recipe for disaster. Winston has already turned the football over five times in just three games — two of which went for touchdowns. The Rams are loaded with speed at every position group, and they can not only create turnovers, but they can also turn them into points. Their defense is one of the best in the NFL, and we expect them to give Winston fits, with pressure coming from all over the field.

Los Angeles has shown it will not fall victim to a Super Bowl hangover, and this team has played like it has something to prove, after turning in one of the worst performances we’ve ever seen in a NFL championship game last February. The return of star receiver Cooper Kupp has the offense clicking, and quarterback Jared Goff is playing like he did last September — rather than January.

Rookie quarterback Gardner Minshew has taken the league by storm, posting passer ratings of 97 or better in all of his first three career starts. Had the team been successful on a two-point conversion attempt in Houston, he’d likely boast a 2-1 record as well, even having played two teams that made the playoffs last year, and the Titans, who finished with a 9-7 record. Minshew has made it clear that he’s no fluke, and his ability to make plays with his arm and his legs have given opposing defenses fits. He’s an extremely accurate passer, and should fare well against a defense that has yet to record a sack in Vic Fangio’s first season as head coach.

As for the Broncos, the problems start and end at quarterback, with immobile signal-caller Joe Flacco under center. Opposing teams know Flacco isn’t going to challenge them vertically, which makes the Broncos offense far more predictable. The Jaguars’ swarming pass rush should give the veteran pocket passer fits, so don’t be surprised if they come up with a defensive touchdown in the contest, which figures to be a defensive struggle, so we’ll take the points, just to be safe.

Those are our five best bets for Week 4. If you’re looking to make a wager this Sunday, we recommend MyBookie for all your NFL betting needs.