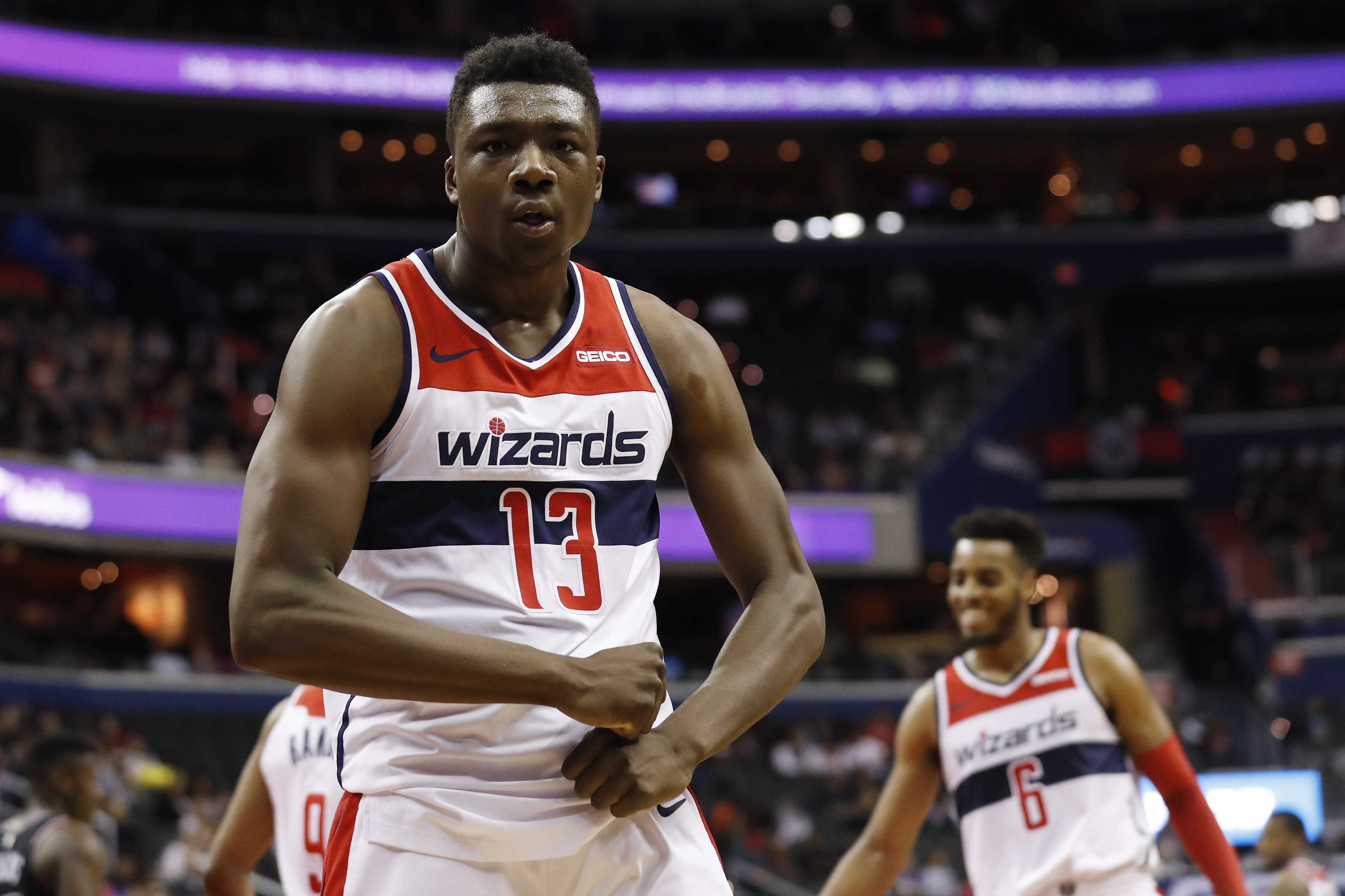 With the Washington Wizards starting training camp next week and preseason next month, it is important to take stock of where the roster stands at each position. Who is the starter, backup, and reserve players? What did they do last year and what should we expect this year. Finally, the centers.

The lone returning player out of a big free agency class that mostly departed, Bryant is someone Washington views as a starter for the foreseeable future. That is why Tommy Sheppard and company made the $25 million commitment to the young and excitable big. His pick and roll game with Bradley Beal was one of few pleasant things to watch last season and that will only get better. With an improved body and a year of experience under his belt, Bryant will simply continue to get better during the upcoming season thanks to an infectious work ethic. That and Bryant’s entertaining reactions that make him a GIF machine will be one of few nice things to watch this season.

The rest of the NBA may not have liked that the Wizards helped the Lakers land Anthony Davis, but Washington does not owe the rest of the league anything. The Wizards instead smartly made a move that they feel like gives them two first-round picks in the 2018 draft. In addition to Troy Brown Jr., Washington liked Wagner and now they get him in the building early in his career. Similar to how the Redskins got Dwayne Haskins and Montez Sweat, the Wizards were able to do something similar. Wagner could be a modern-day stretch-five, which will make him serviceable as an Al Horford type on the offensive end.

What can be said? As nice of a guy as Mahinmi is, his four-year, $64 million contract cannot be over soon enough for Washington. He will all but likely ride the bench for the entire season and could be dealt at the trade deadline if a team is trying to take on an expiring contract. The best the Wizards can hope for is that Mahinmi serves as a mentor to Bryant and Wagner because he does have championship experience and can certainly show the young bucks a thing or two in the weight room.