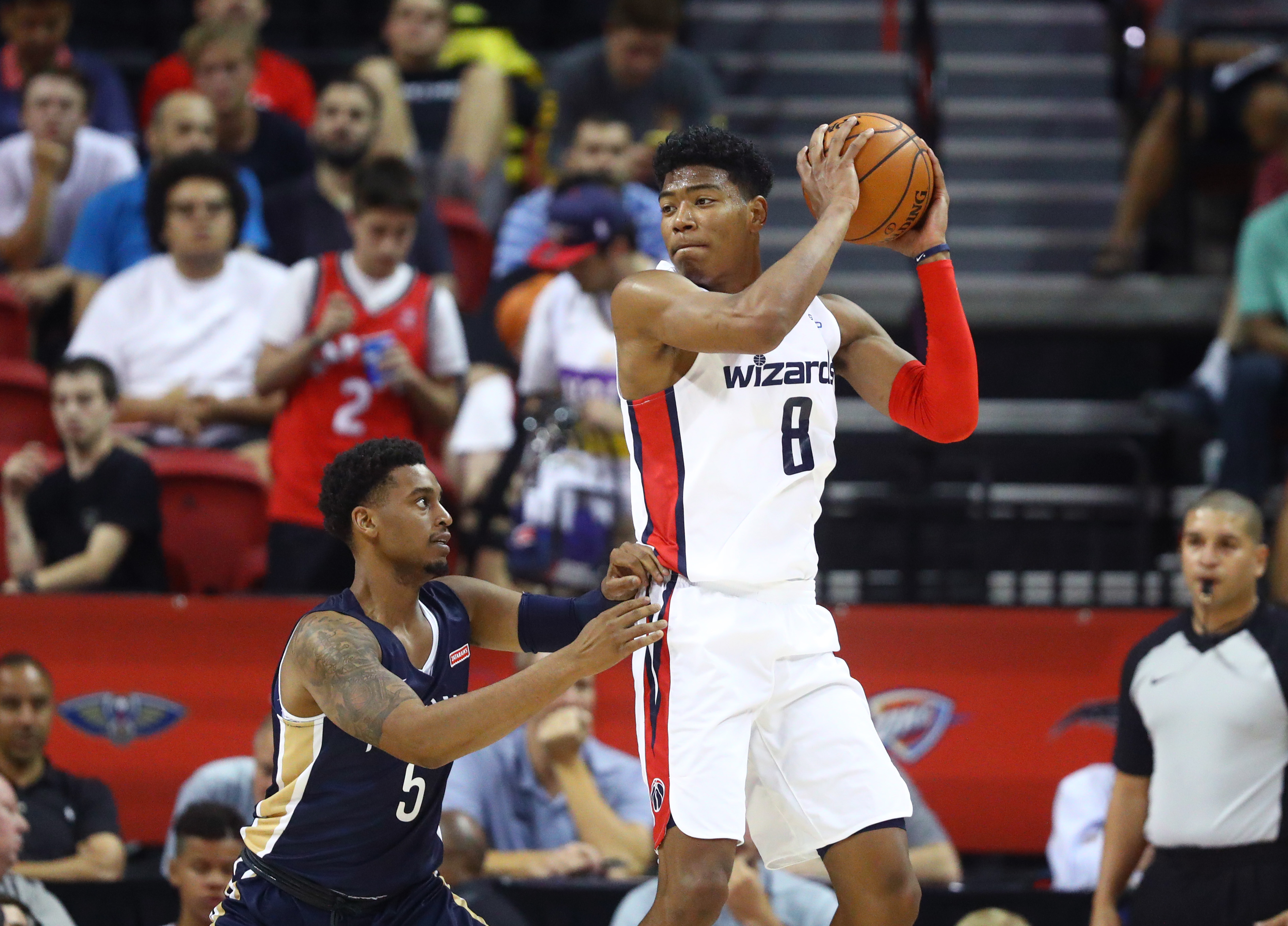 With the Washington Wizards starting training camp next week and preseason next month, it is important to take stock of where the roster stands at each position. Who is the starter, backup, and reserve players? What did they do last year and what should we expect this year. Next up, the power forwards.

Similar to the small forward position, I believe that Bertans will start the season as the starter as to not throw the young player, in this case rookie Rui Hachimura, to the wolves right away. The Latvian product was brought to D.C. in another under the radar trade executed by Tommy Sheppard and company that only cost the draft rights to 2015 second-round pick Aaron White. A very skilled shooter, Bertans could make a lethal combination with Bradley Beal and C.J. Miles. It will be interesting to see what Washington thinks of their Bertans flyer as he enters free agency next summer.

Despite initial qualms with the No. 9 overall pick being used on Hachimura, patience is something that Sheppard has stressed. The Wizards general manager has repeatedly explained how Hachimura is a late bloomer as he did not start playing basketball until he was a teenager. The offensively skilled player put that on display during Summer League and the FIBA World Cup. Chauncey Billups gassed up Hachimura to be a similar player to Kawhi Leonard on draft night, but the opposite take would be saying he is a similar player to the man of a thousand moves Andrew Nicholson. The rookie has the work ethic to be great so it will be up to Washington’s player development staff to take it from here. If things go well in training camp and early in the season, Hachimura could be starting by the end of the season.

The Wizards liked Schofield enough to spend $3 million to buy into the second round and get him. Washington is intrigued by the forward’s linebacker like build with a touch of shooting ability. More likely than not, Schofield will be spending some of the regular season with the Capital City Go-Go in order to use his time more beneficially than sitting on the bench. The rookie already has a great, confident mentality. You can never have enough guys on your team like that.