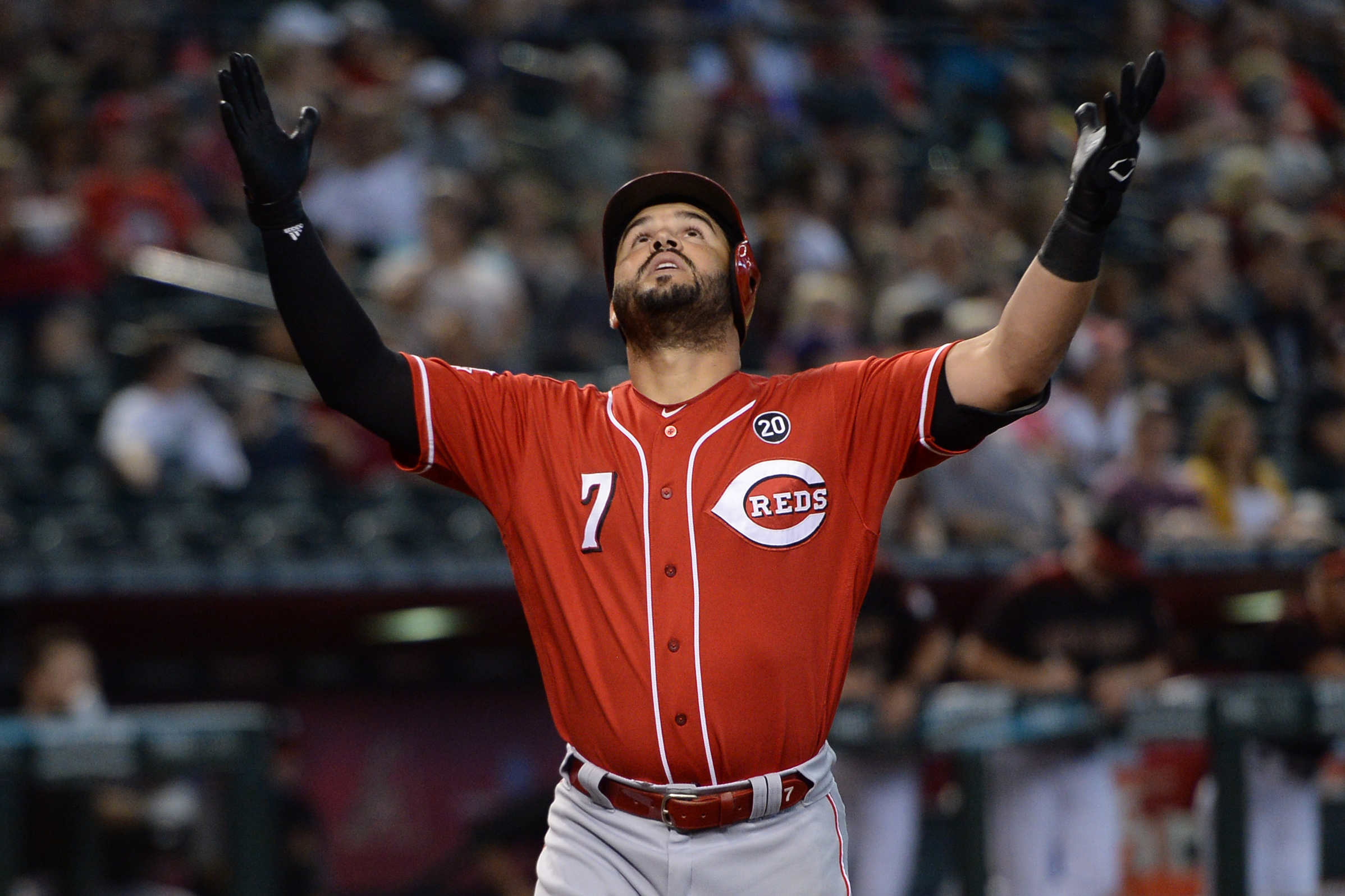 Eugenio Suarez of the Cincinnati Reds set a National League record on Wednesday for most home runs in the regular season by a third baseman with 49. Suarez set the record in a 9-2 Reds loss to the Milwaukee Brewers on Wednesday. With the win, the Brewers clinched a playoff spot in the National League.

Suarez’s home run was his 49th of the season. It came off of Brewers starting pitcher Jordan Lyles with two out and nobody on in the first inning. The Brewers marched back in the baseball game with a grand slam in the bottom of the first inning by Ryan Braun of Los Angeles, CA, and home runs by Eric Thames and Keston Hiura. Interestingly, Thames and Huira are both from Santa Clara, CA.

Suarez broke the record which was previously set by Philadelphia Phillies third baseman Mike Schmidt of Dayton, OH in 1980 and tied by Los Angeles Dodgers third baseman Adrian Beltre in 2004. Schmidt and Beltre both had 48 home runs in a season.

Suarez is currently second in Major League Baseball in home runs at the moment. He only trails New York Mets first baseman and rookie sensation Pete Alonso of Tampa FL, who has 51 home runs.

The Reds finish up their 2019 National League regular season with three games this weekend at PNC Park in Pittsburgh, PA. Despite Suarez’s strong power numbers in 2019, it has been a bitterly disappointing season for Cincinnati. The Reds are 17 games back of the St. Louis Cardinals for first place in the National League Central.