Kyrie Irving at Nets presser: "I didn't give everything I could have... I failed." 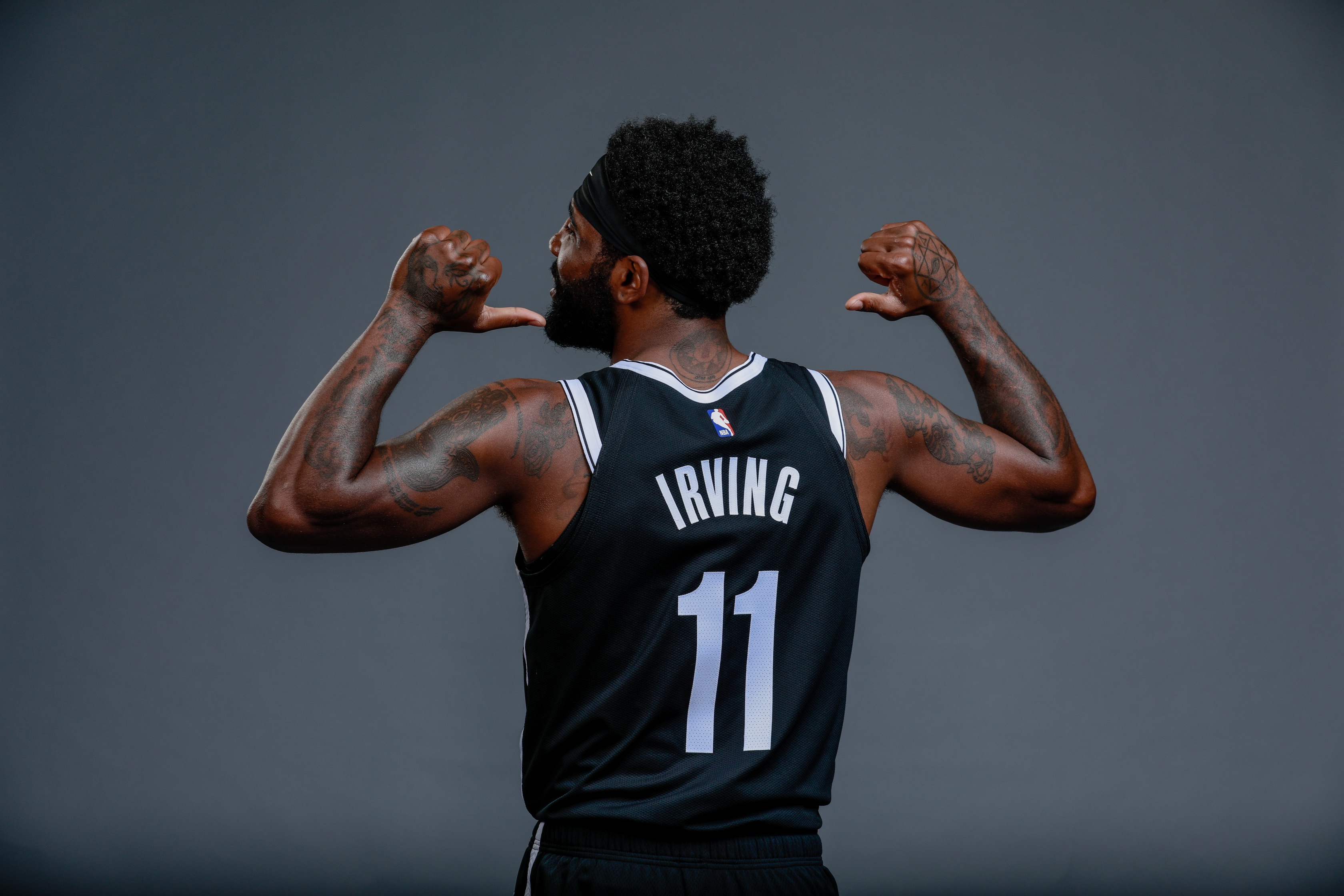 Kyrie Irving at Nets presser: "I didn't give everything I could have... I failed."

“I didn’t give [the Celtics] everything I could have,” Brooklyn Nets guard Kyrie Irving said at his new team’s media day, as per multiple reports (including Chris Forsberg of NBC Sports Boston and MassLive.com’s Tom Westerholm). “I failed.”

Opinions likely vary among Boston Celtics fans regarding whether Kyrie Irving should address how his final Celtics season turned out—and how he contributed to its disappointments.

Some may want him to say his mercurial attitude had detrimental effects on the team during much of the 2018-19 NBA season, playing a major role in the squad’s death with a whimper in five second-round games against the Milwaukee Bucks. Others probably wish to move on, looking forward to a new season led by Kemba Walker. Regardless of what we wanted, we got answers—sort of—Friday afternoon when Irving took the podium.

In addition to characterizing himself as having “failed,” he said that despite feeling positively about the Celtics at the start of last season, the October 2018 death of his grandfather absorbed much of his attention and negatively impacted his demeanor:

“The Boston crowd was immense. It was crazy. They loved me in Boston, I loved the Boston fans. And then two weeks later, things just got really, really rocky for me in terms of when I left, after the Phoenix game, I went to my grandfather’s memorial. He passed on Oct. 23, and after he passed, basketball was the last thing on my mind. So a lot of basketball and the joy I had for it was sucked away for me. There was a facial expression that I carried around with me throughout the year. I didn’t allow anybody to get close to me in that instance and it really bothered me. I didn’t take the necessary steps to get counseling or get therapy or anything to deal with someone that close to me dying. I never dealt with anything like that. For me, I responded in ways that are uncharacteristic.”

No one can say how they’ll deal with a loved one’s death until they experience it. All things being equal, I believe this event left a major psychic wound on Irving, and the ability to admit as much—and say he handled things poorly—is noteworthy for someone as infrequently forthcoming as he is.

The cynical way to look at Irving’s framing of this loss is, “Well, this bad thing happened, so even if my reaction was also bad, it’s not that bad.” Second-guessing grief is usually unwise, but because Irving speaks so damn circuitously, it’s hard not to at least consider the cynical version. How can you not at least speculate that his public communications about this stuff are willfully obscurantist?

Unless I develop mind-reading skills, I won’t ever know the truth of Irving’s motivation. As with so many things it’s likely somewhere in the variegated grays between the black-and-white possibilities noted above.

What I can know is that Kyrie is still talking shit about “the young guys,” because he found a way to do so today:

This is by no means incorrect across the board. But it completely disregards Kyrie’s own insistence on saying the younger players needed to do X, Y and Z and weren’t doing it, implying he was either blameless or considerably less to blame, even in situations where he—and other veterans like Marcus Morris—made their own mistakes.

Again, not exactly wrong, although his choice to mention Marcus Smart—who went hard in the paint every game—and Terry Rozier—who didn’t—while avoiding mention of Jayson Tatum or Jaylen Brown is…interesting.

Was it because the former posed, in terms of fan attention and investment, the most direct challenge to Kyrie’s status and by proxy the “leadership” he verbally evinced custody of but far less often actually exhibited? And because the latter is widely believed to have had zero interest in Irving’s penchant for vague bullshit? I wonder.

“And you see the most experienced teams end up winning the championships because they all buy in and sacrifice. It’s usually the oldest teams in the league that make it there every single year because they don’t have to deal with the same youthful expectations that are unrealistic for players that really have to earn different things in this league to be at that level—including myself.”

Those are some Olympic-level mental/verbal gymnastics. Irving manages to justify his decision to leave a younger team for one just as young—because he aged it up by joining alongside Kevin Durant and the corpse of Deandre Jordan.

He could’ve just stuck with his claims elsewhere during the presser that his “home life has way higher precedence than the organization or anyone”— his home is in New Jersey, he sure as hell wasn’t going to the Knicks, ergo the Nets made a lot of sense. But his insistence on opacity leaves us with stuff like that.

We now know some of the reasons why Kyrie’s final year in Boston was such a mess, one of which (grief) is understandable. As for why he quit on the team in real time during the Milwaukee series, or why he blathered about leadership but didn’t put his money where his mouth is? I wouldn’t expect to find out.