McCarty getting a spot light with the Solar Sox 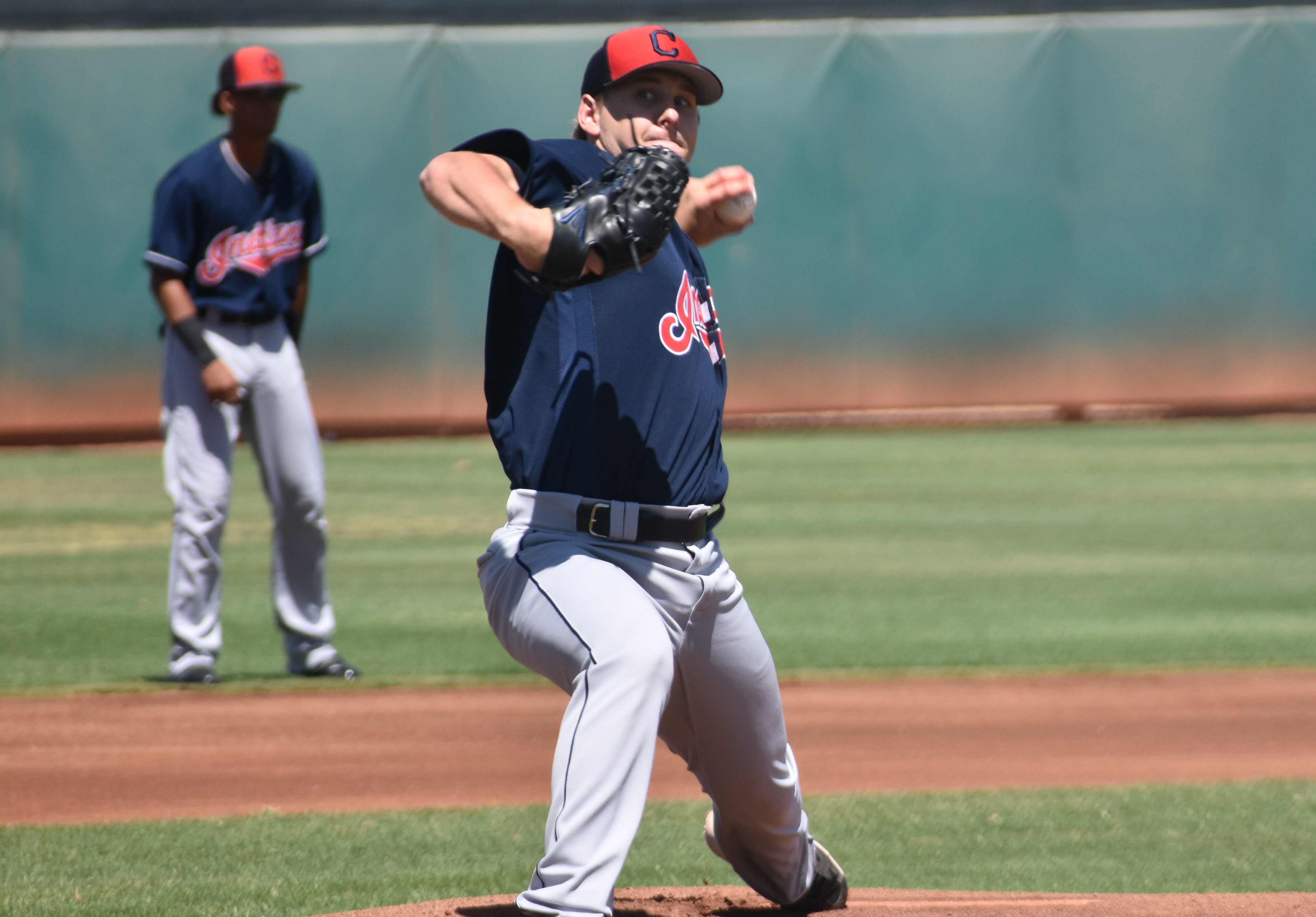 McCarty getting a spot light with the Solar Sox

The Indians front office has been so tremendous at drafting college pitchers in recent seasons it can be hard to keep track of them all. They changed their draft strategy in 2016 and that plan has turned into Shane Bieber, Zach Plesac and Aaron Civale all making it to the big leagues from that class alone. While it hasn’t been entirely based on ability, these college arms have advanced much more quickly than the high ceiling high school pitchers taken in the first rounds of 2015, Brady Aiken, Triston McKenzie and Juan Hillman.

Even as the class of 2016 is breaking into the big leagues, the class of 2017 has already shown quite a bit of promise. James Karinchak has made his MLB debut already and Eli Morgan isn’t far behind. Kyle Nelson, Nick Gallagher and Jon Teaney have all looked strong as well, but the focus here is on the left handed starter out of Southern Mississippi, Kirk McCarty.

In a Hillcats rotation with the extremely promising Morgan as well as Adam Scott, Jean Carlos Mejia and a vastly improved Hillman, it would have been easy to look past McCarty during the 2019 regular season. This was made even more true when he hit the injured list on two separate occasions, limiting him to just 13 starts. Now, however, he is the Indians lone starting pitcher on the Mesa Solar Sox, the Arizona Fall League home for the Cubs, Tigers, Angels and Athletics.

McCarty was one of the final players to skip Arizona following his draft selection as every player from the 2018 and 2019 classes as begun their career in the Arizona Rookie League. Instead, he went straight to Mahoning Valley where his pitch to contact style worked extremely well, finishing his rookie season with a 1.85 ERA in 34 innings.

He was promoted one level to Lake County to start the 2018 season and saw his ERA skyrocket despite being a better overall pitcher. His 3.71 FIP was nearly identical to his FIP in short season and his K/9 went from 8.7 to 10.3. However, just as Will Benson was feeling the curse of the BABIP gods in the other direction, McCarty’s BABIP went from .255 to .348.

Where McCarty did have luck is in a front office that cares more about the underlying ability than the superficial stats. He was promoted after 22 starts to Lynchburg where he had a much more normal .289 BABIP and lowered his ERA from 4.29 in Lake County to 3.10 in high A.

Since he only made five starts in Lynchburg in 2018, it made sense to keep him there to start 2019, although I would assume that had he not been hurt, he would have advanced along with Morgan and Scott to AA. Instead, McCarty started the season on the IL, waiting until June 12th to make his debut. This game against Wilmington was a great one for McCarty as he struck out four in three scoreless innings, but he struggled in his next two appearances.

After a really strong three game stretch that saw him reach, then pass, the five inning mark where he had a 1.69 ERA across 16 innings with 18 strike outs, he hit the IL again, although this trip was a short one. This time, he never really regained his footing as he was pulled before the sixth in four of his last seven starts. McCarty held a 7.34 ERA during this run of starts, again largely due to .461 BABIP, although he was also allowing more hard contact with a .500 slugging percent allowed. Prior to that, he had allowed a slugging percent of .357 in 2019.

In the end, he had a 5.66 ERA despite a career best 2.55 FIP across 55.2 innings. He has continued to increase the amount of swing and misses, maintaining his K/9 above 9.0 while keeping his walk rate under three per nine innings. However, that’s not really McCarty’s prime focus.

What makes McCarty so special is his ability to get hitters to do things they don’t want to do. He has very consistently kept an infield fly ball rate of 20% throughout his entire MiLB career, meaning that about half of the fly balls he allows have no chance to do damage. This lead to a nearly unbelievable 3% HR/FB rate in 2019 after allowing just 6% to leave the park in Lynchburg in 2018. He is essentially impossible to square up with an uppercut swing, leaving hitters the options of swinging and missing, popping it up weakly, hitting a ground ball or changing their game.

The final option may offer some explanation to that last run of games against McCarty this year his amount of pulled balls increased significantly. He does allow a solid amount of line drives still and it’s possible that he didn’t have his best stuff following his second IL stint. He doesn’t throw particularly hard and if he doesn’t have all his pitches working, it makes it easier for hitters to sit on his fast ball.

Now making up for lost time in fall ball, McCarty looked excellent in his first appearance. Facing the Peoria Javelinas in Mesa, he went three innings allowing just one hard hit ball. That hit came in the first inning after he had walked a batter, so it ended up scoring a run, although Jose Azocar helped out with the outfield assist to catch Jared Oliva when he tried to take third on the throw home.

He allowed two more hits in the third, both singles, but also increased his strike outs with one in the second and two in the third.

Ultimately, McCarty fits in a similar role in the Indians system as Civale and Bieber did, a control starter who doesn’t strike out too many, but enough to survive. While these pitchers were initially considered low ceiling, high floor starters, the incredible success of both starters means we may have to reevaluate those expectations. We still need to see how McCarty will adjust to the different ball in AAA and the big leagues, but his profile so far makes it seem like he shouldn’t be effected particularly harshly.

One final note is that McCarty has had opposite platoon stats over the last two seasons. This is at least an argument to keep him in the rotation as he wouldn’t be an effective LOOGY and at best a secret weapon against managers who see the L next to a starting pitcher’s name and immediately stack the line-up with righties. He is an unorthodox pitcher and one wouldn’t expect orthodox results.