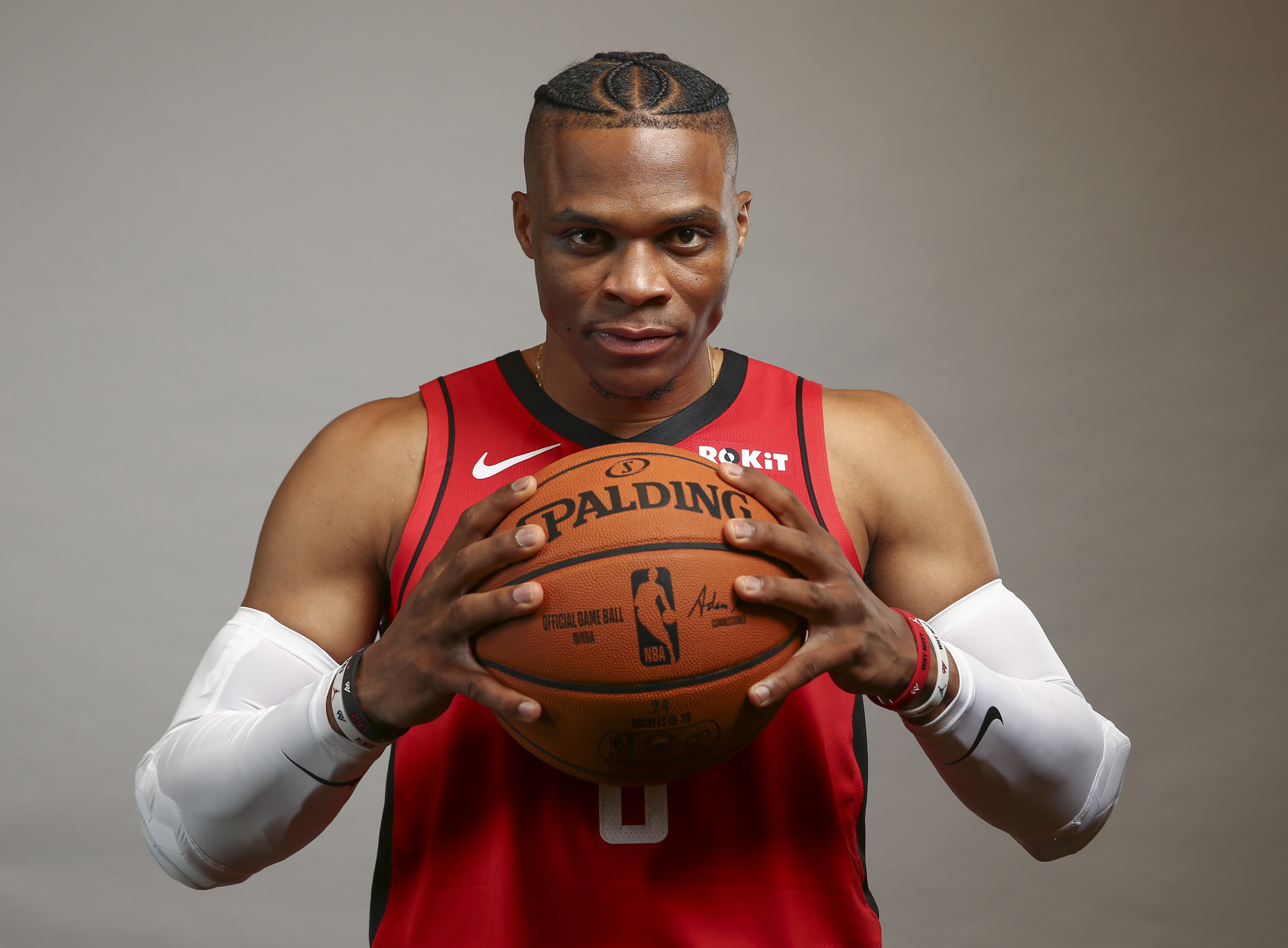 Veteran superstars Russell Westbrook and James Harden began their NBA careers together in Oklahoma City, and that’s why both fans and analysts are excited to see how the Rockets fare with the two reuniting in Houston.

Out is Chris Paul, and in is Westbrook, with the team hoping that one major change helps finally take the team over the hump — as only the Warriors have stood between them and the NBA Finals the past two seasons.

Westbrook appears to be excited about pairing with Harden, as the two have been enjoying life in Las Vegas — dancing it up at a Drake concert roughly two weeks ago (watch here).

He was recently asked about how it’ll be to play alongside Harden again, and he told reporters at media day that it’ll be “scary” for the rest of the league.

“If Russ got it going and Russ is having one of those games that we’ve all seen before, guess what I’m going to do: sit back and watch the show, and vice versa,” he said on Friday, via ESPN’s Tim McManus. “It’s just a part of basketball. So you can’t sit up here and say, ‘Oh, Russ is going to have the ball for the first half and I’m going to have the ball the second half.’ No, things happen through the course of the game that you just flow with and go with.

“All of us in this locker room and this front office has one goal, and that’s to win it. However that happens, it’s going to happen, and we’re just going to figure it out.”

That tidbit got us excited, and we can’t wait to see the two balling out on the same squad once again next month.