Whether or not Dobson makes Isles roster remains unclear 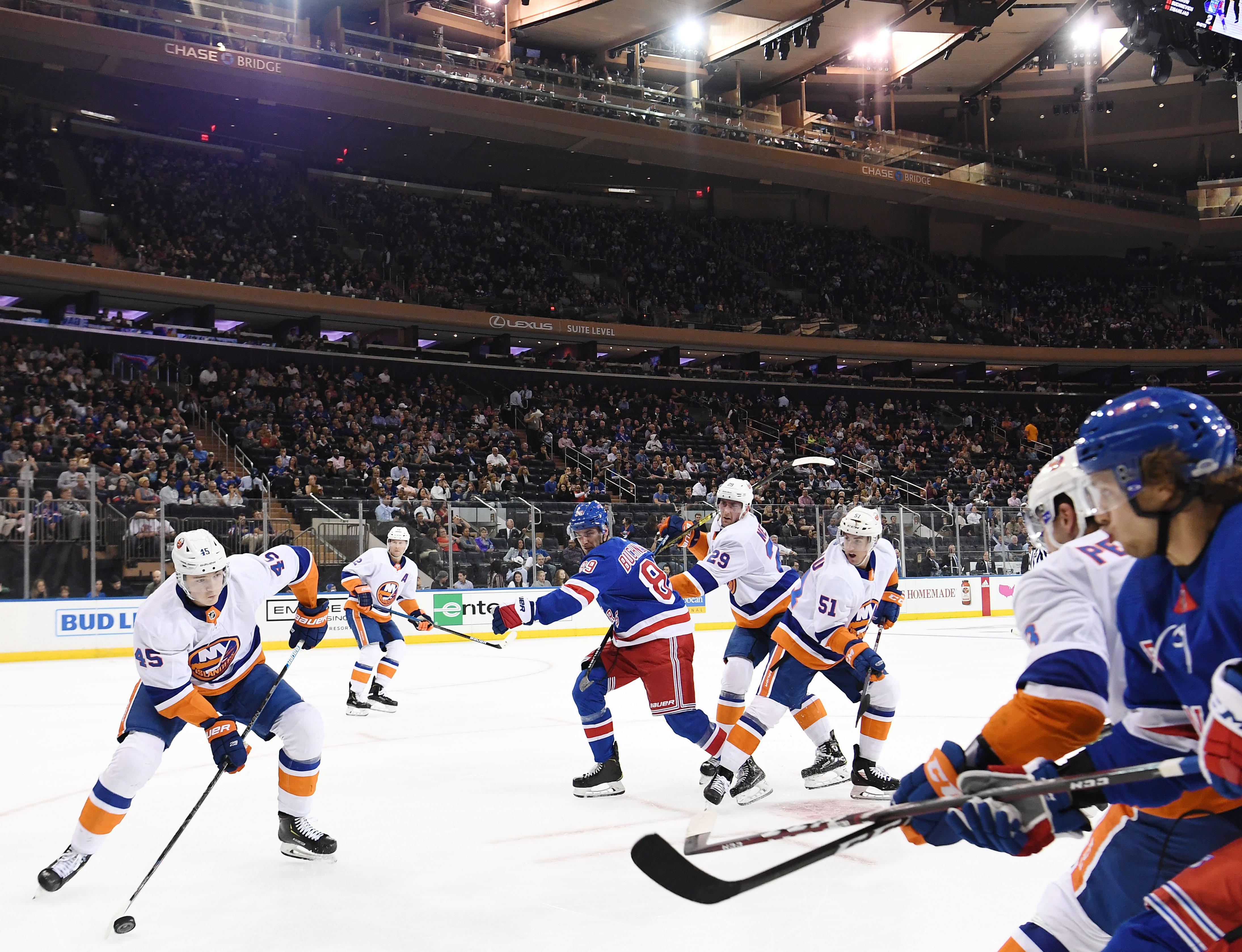 Whether or not Dobson makes Isles roster remains unclear

BRIDGEPORT, CT – Noah Dobson wasn’t on the ice Saturday night to make one last impression on the Islanders coaching staff and management before they make their final cuts.

He was given the night off as the Islanders battled the Rangers in their preseason finale in Connecticut. If you’re wondering why, the reason was quite simple.

Barry Trotz and the coaching staff had seen enough of Dobson’s play to make a final decision. What was that decision? Well, that remains a mystery.

“He’s played enough I don’t need to put him in one more game,” Trotz said before the Islanders defeated the Rangers 4-2. “It’s preparation for us right now making sure we’ve got everybody ready. From Noah right to Johnny to Pelech and Pulock and all that.”

Dobson remains one of the Islanders biggest question marks as the team approaches opening night. With Dobson being 19, he cannot play in the AHL with the Bridgeport Sound Tigers, which would have served him well.

Instead, the only option the Islanders have is to keep him up at the NHL level or send him back to his junior club. Thus leaving the Islanders in a precarious situation as the team prepares to make final cuts.

Nick Leddy, Johnny Boychuk, Devon Toews, Scott Mayfield, Adam Pelech and Ryan Pulock made up the Islanders’ defensive units. All of whom had been NHL regulars last season.

Dobson had been listed on the team’s roster for Saturday’s game.

The Islanders open the regular season on Friday against the Washington Capitals and will have to cut down their roster soon, but how soon also remains unclear. Trotz said there would be some discussion after the game, but suggested the question of when exactly they’d drop down to 23 players was better suited for general manager Lou Lamoriello.

Dobson won’t be the only tough decision Lamoriello and Trotz will have when cutting down the roster. However, the biggest key is that Trotz and Lamoriello have good communication.

“The great thing about Lou is that he has coached and he understands where we are,” Trotz said. “At the same time he’s been a general manager for a long time and talk about the right thing to do. Keep going back to the Toews thing last year, so I think it’s just dialog. We’ll sort it out.”