Your Morning Dump...Where Kyrie Irving expresses regret (sort of) and the new season projects to be more fun 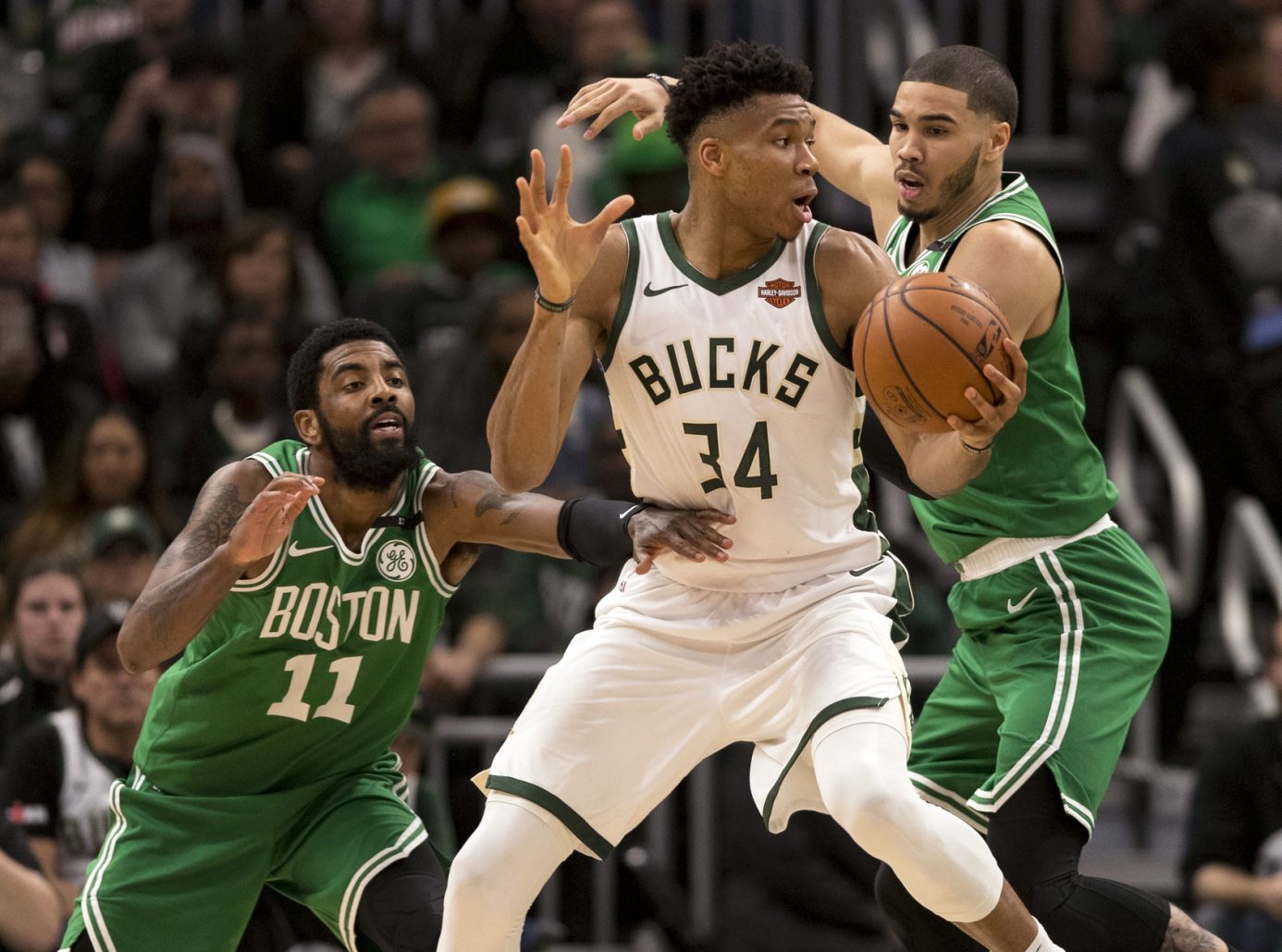 Your Morning Dump...Where Kyrie Irving expresses regret (sort of) and the new season projects to be more fun

On Page 1…Where Kyrie’s web of contradictions grows exponentially

At Brooklyn’s media day on Friday, Irving was thoughtful, loquacious and opaque — he gave long answers which wound themselves in circles but never seemed to find their way back to the point (there will almost certainly be times this season when Brooklyn media find him considerably less talkative, but never less opaque).

He praised the Nets’ organization and said his grandfather’s passing—and his own subsequent struggle with depression—made him rethink his commitment to the Celtics.

“It felt incredible in terms of the energy (the Celtics) were building,” Irving said of his commitment. “It was something I couldn’t really explain at the time…and then two weeks later, things got really rocky for me.”

He also took responsibility for his failures as a leader, saying he didn’t give Celtics teammates “everything I could.”

On the other hand, Irving never should have committed to re-signing before the season even if he felt sure at the time, for reasons that became abundantly clear over the ensuing months. He shouldn’t have called out young players over and over as they tried to walk around the enormous footprint he left on the organization. And while Ainge and Stevens may protest, Irving deserves an enormous amount of blame for Boston’s loss to Milwaukee. After months of hubris, Irving shot 30.1 percent from the field over Boston’s final four games (all losses), and he inexplicably decided he should guard Giannis Antetokounmpo repeatedly, which predictably proved disastrous.

All of those things can be true at once, which is what makes the situation so complicated. Irving’s grief changed his mind about where he wanted to play at a time when he had every right to make whatever decision he wanted, but no one — including Irving — can deny how messy last season got, and the role he played in the messiness.

I had…a lot of thoughts about all this when we first covered the Irving presser, so I’ll try not to repeat myself. It helps that Westerholm does a great job tackling the immense complexity of the situation in a more analytical companion to his direct-from-the-presser coverage piece. (Lotta Westerholm praise/hat-tipping in these two posts, the first Celtics stuff I’ve written since May. Dang. DON’T GET YOUR HEAD TOO SWOLLEN, TOM.)

As someone with major depression, my instinct is to give Irving leeway for some (not all) of his behavior last season. As a Celtics fan, I—like many others—want to throw all of his “young guys” comments out of a very high window, scream walls of sound at him for hours and then play him that “Who cares?” soundbite on a loop (from after one of his abysmal games during the Bucks series).

Irving’s vacillation between admission of culpability and deflection is indicative of his oft-contradictory nature. It might also be gaslighting, which is really gross, although I don’t know how deliberate it is. It might be emotional dumbness on Irving’s part rather than malice, but its manifestations were indisputably toxic last season. Brooklyn may have trouble integrating him into its reportedly excellent locker-room culture, that’s for sure.

One thing I do know? I’m ready as hell to turn the page on the Kyrie Irving mini-era. The first year was good as hell. The second year sucked. I wish the man every personal happiness while hoping the Cs beat his ass all four times this coming season.

On Page 1…Where the Cs are projected for…47 wins and a second-round exit?

The Celtics will go 47-35, advance to the second round of the playoffs and fall in five games to Horford’s 76ers … and followers of the team will still have a far more enjoyable time than last year.

I’m torn about that: It’s entirely reasonable…but I’m still full of preseason optimism and think 50 is plausible, damn it! (Also, I really haven’t accepted Horford being gone. That one still stings.)

Jokes and fan grief aside, the Athletic roundtable of Celtics beat warrior Jay King and his counterparts for other Atlantic Division teams had a lot of sensible things to say.

What do you foresee as the most surprising development in the division this season?

[Knicks writer Mike] Vorkunov: That Boston is just fine. The predictions of their 1,000-year reign are no longer viable now that their trove of Nets picks ran out and Irving is gone, but with Walker in place and a team re-centered around Jayson Tatum and Jaylen Brown, they should still be good. It hasn’t been as bad a year as it seems.

What is the most important question facing the team you cover?

King: How will Tatum grow? His development is the most important factor to the Celtics’ long-term dreams. If he hops back on the star track, which he seemed destined for after the 2018 playoffs, his re-emergence could change the franchise’s trajectory.

The writers all said Philadelphia is the division’s best team, which is definitely true on paper. [Insert compliance-mandated comment about Simmons, taking threes and cowardice here.]

To wrap up: The point from the first blockquote about Cs fans having nowhere to go but up after last year is spot-on. The Celtics under Brad Stevens have most excelled when everyone counts them out, and the hopes Cs diehards have for #WOUNDEDCOYOTESZN are thus not unreasonable. I’ll meet y’all outside to howl at the moon.