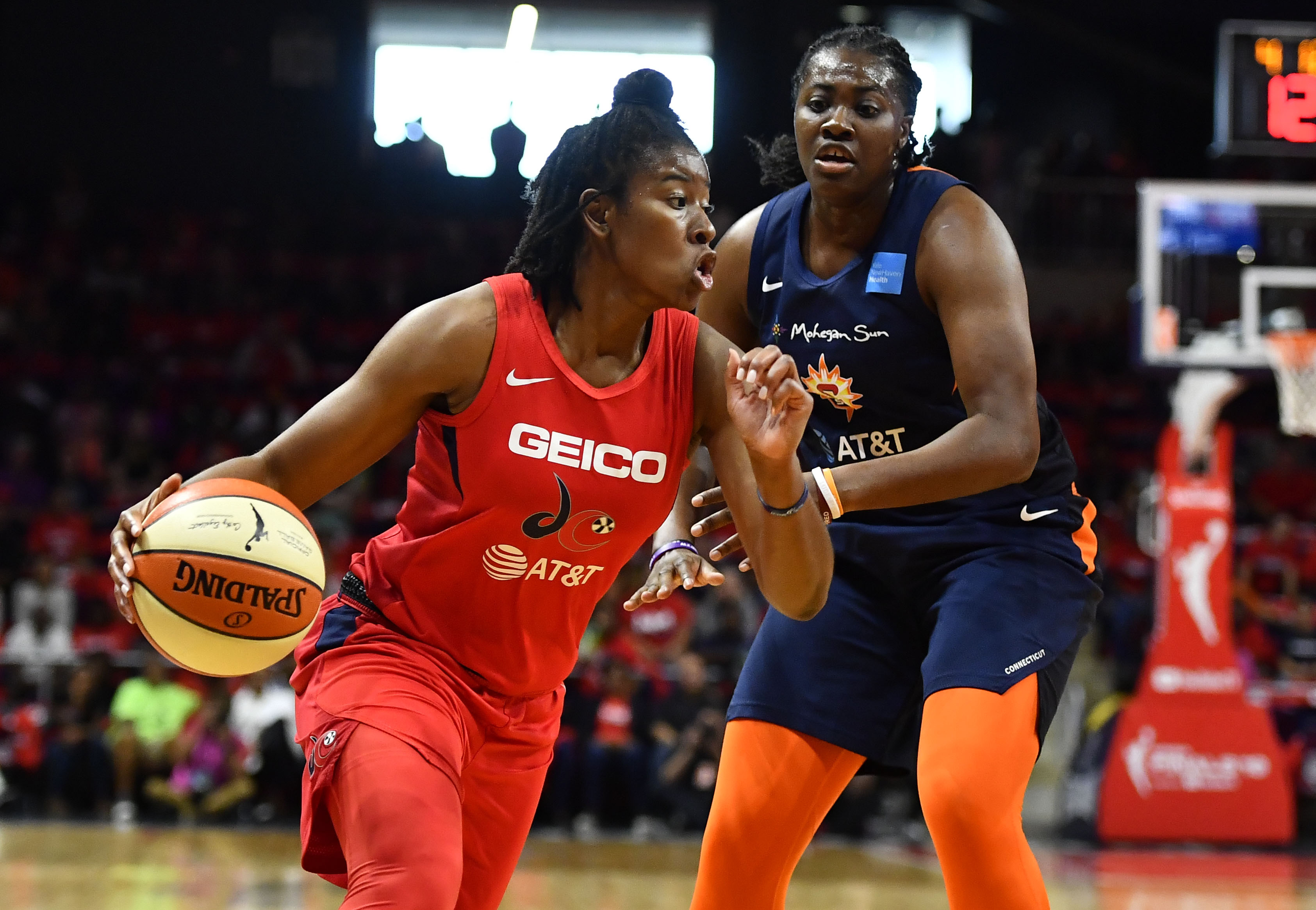 The Washington Mystics have returned to the WNBA Finals for the second year in a row after defeating the Las Vegas Aces in a hard-fought semifinal bout. Although the team is mostly the same as last season that got swept in the Finals, there are a few differentiators. The obvious one is the production of Emma Meesseman, which was on full display last series. A more subtle one is the continued development of wing Ariel Atkins in her second season in the WNBA. ‘Little A,’ as she is affectionately nicknamed by her teammates, was a huge reason why the Mystics led throughout Game 1 of the Finals against the Connecticut Sun.

Atkins, 23, finished with 21 points on 6-for-7 shooting, including 3-for-4 from deep, in just 24 minutes of play for head coach Mike Thibault. Her play on the other end of the floor was just as important if not more. The Texas product has her motor running on full at all times so energy is never in question. Atkins can always be seen chasing down opponents after a hard screen because she refuses to give up on any small parts of a play. You don’t see that from all basketball players in the men’s or women’s game.

“We had a lot of great contributions, but the Ariel Atkins contribution was huge today, from making her first three of the game to being aggressive,” Thibault said. “That looked like the Ariel from last year in the playoffs, and that offensive rebound she got late in the game was a huge saver for us. It gave us the last piece of momentum that we needed.”

Against Las Vegas, Atkins did not play to her potential on the offensive end. She was contributing in ways that did not show up in the box score, but her efficiency shooting the ball was certainly not up to par. Atkins had just 18 points on 5-for-21 shooting in 79 minutes against the Aces.

“I think just keeping the focus,” Atkins attributed her turnaround. “Yeah, I’ve struggled throughout the series, but the main point of all of this is to win. I could care less if I score 50 or 0 trying to win a championship.”

“Absolutely,” guard Natasha Cloud instantly responded when asked if Atkins bouncing back was expected. “A[riel] is relentless, she’s tough-minded, she’s determined, she gets in the gym. She’s a hard worker. She is truly, truly an old soul. … If she didn’t play the way that she did today, I don’t know if we come out with the win. She affected every facet of the game.”

Even though Elena Delle Donne is clearly the best player on the team, the reigning MVP winner knows that Atkins plays a major role in Washington’s continued success. Delle Donne quickly became a fan of Atkins last year.

“This is a random funny story about little A,” Delle Donne shared. “But last year we did massages at rookie’s houses, and when I walked into little A’s house and she had a crockpot cooking some meal, and then she had plants, I was like, this is the oldest soul I’ve ever met, and I fell in love with her ever since.”

As the only one on the team that has won a championship, guard Kristi Toliver’s rave reviews of Atkins on and off the court help paint the picture of possibly the best second-year player in the WNBA. Washington can certainly continue to use their young star the rest of the way in this series as they have their eyes on their first championship in franchise history.

“I mean, people always ask me about little A,” Toliver explained. “They’re like, ‘all right, what is little A going to bring, is this moment too big for her, dadada.’ I’m like, ‘listen, little A is little freaking A, and she plays hard all the time and she gives everything all the time and she’s a selfless kid.'”

“Like, she is, to me, the best second-year player I’ve ever been around as far as her maturity level, her work ethic, her want to do the right thing for the team,” Toliver continued. “And she was the difference-maker for us last year. She had a great rookie season. And this year she’s just showing that sophomore slumps are BS. And I’m just really, really proud of her and all the plays that she’s made, and tonight her rebounding and her playmaking was the difference for us because those were in critical, critical moments.”