Looking For A Little Rogers Redemption 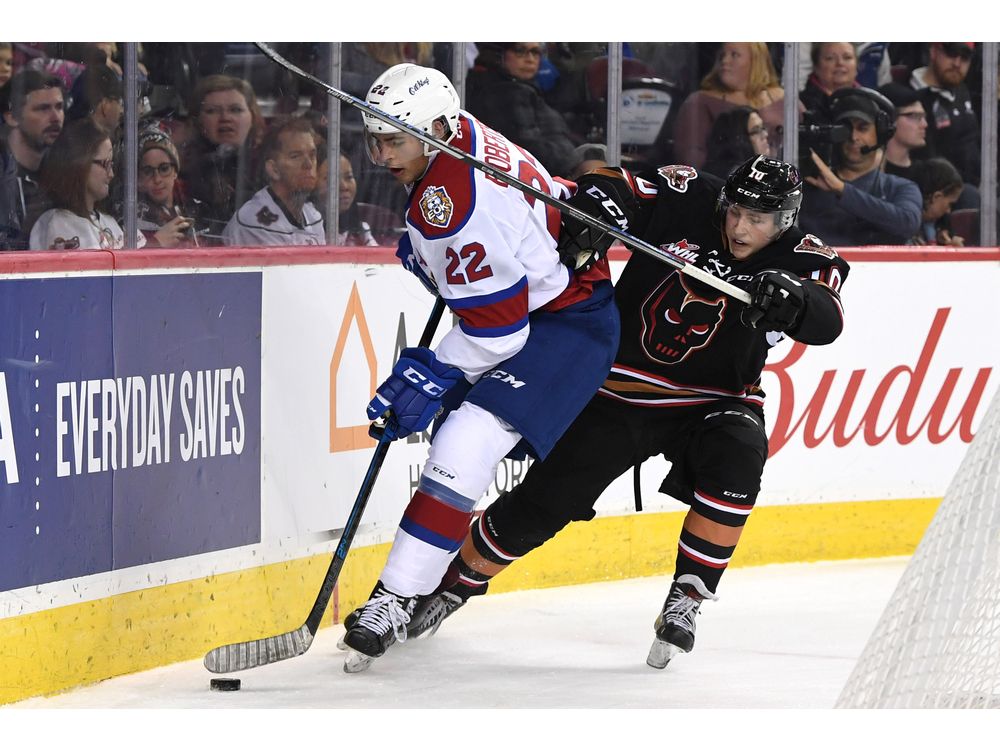 Looking For A Little Rogers Redemption

So the dream of an unbeaten Edmonton Oil Kings season has come to an end, maybe next year.

On Friday night the first Edmonton-Calgary tilt of the season went down at the Saddledome against the Hitmen, in a game that would need more than 60 minutes to be decided.

The visitors opened up the scoring via Jake Neighbours just over six minutes into the first and Dylan Guenther would give the Oil a 2-0 advantage heading back to the dressing rooms.

In the 2nd, Calgary would have a response as they’d square things up thanks to Josh Prokop and a James Malm powerplay goal. Josh Williams would restore the Oil Kings lead with 56 seconds to go in the 2nd but the Hitmen just wouldn’t stay down for long.

The third and overtime became the Carson Focht Show as he’d score the game-tying goal in third, he’d also be the hero at the 1:26 mark of overtime to give Calgary their first win of the season.

In net, Todd Scott was the man called upon for the Oil Kings and despite a losing effort, he’d put up 33 saves in this one.

Today, the Oil Kings are back at it again at 4PM Mountain time when they take on the Lethbridge Hurricanes at Rogers Place. The Hurricanes roll into Edmonton after a 5-2 loss to Red Deer at home. The Hurricanes point leaders in the early season are Oliver Okuilar and Zach Cotton who both have three points so far.

The Oil Kings return home is a short one, after today’s game they’ll be on the road for their next five and won’t be back until October 12th.