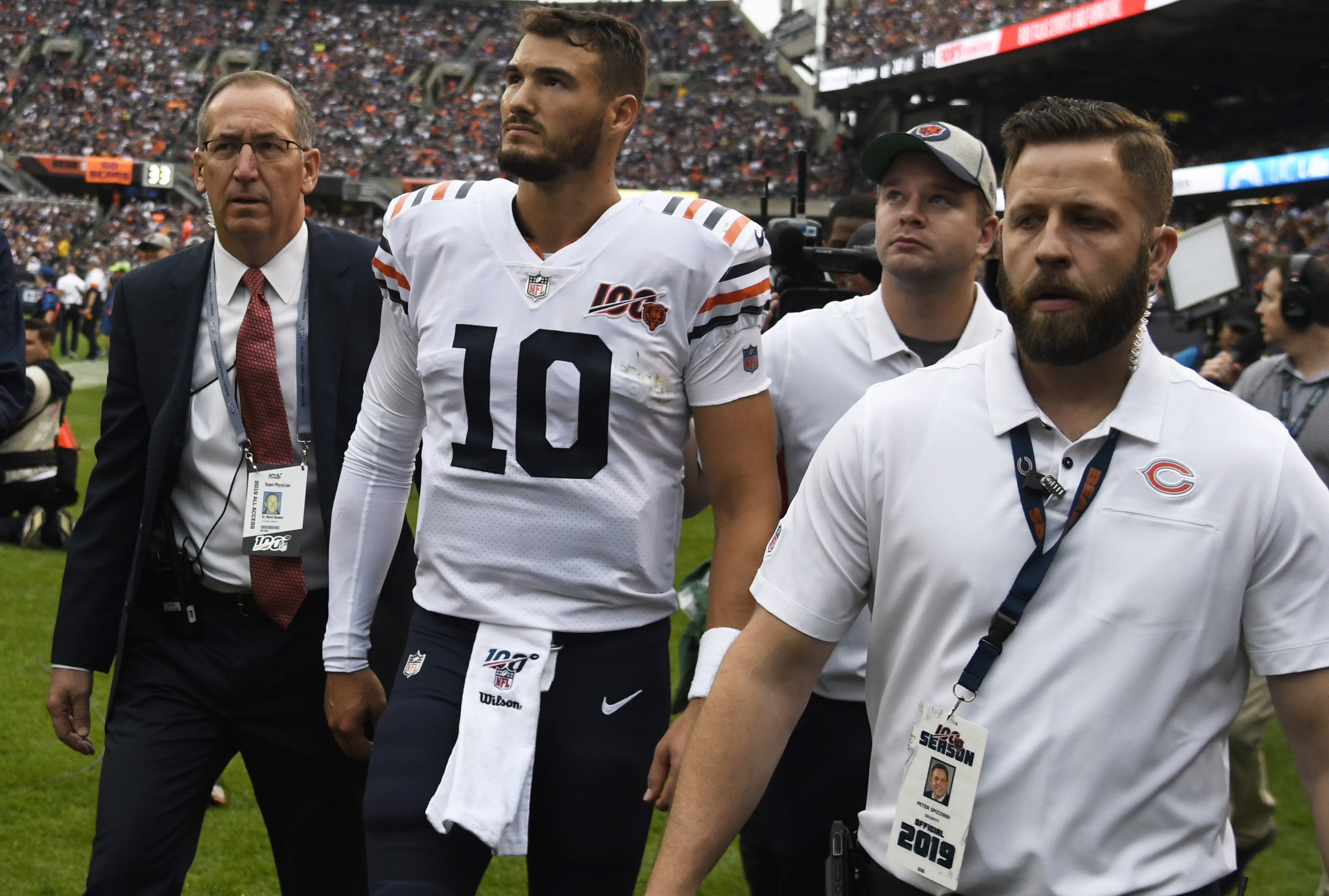 The Bears may be without their starting quarterback for awhile, as Mitchell Trubisky hurt his shoulder during Sunday’s game against the Vikings.

It happened right out of the gate, on the team’s opening drive, when he took off running in hopes of picking up a first down.

Unfortunately for him, the Vikings have a lot of speed on defense, and Danielle Hunter tracked him down perfectly, tackling Trubisky, who lost the football on the play. Not only that, he also landed awkwardly on his shoulder.

The play where Mitch Trubisky got injured.pic.twitter.com/tZ137ASHq7

Chase Daniel came in to replace Trubisky, and he led the Bears on a touchdown drive, which was quite impressive. Trubisky was ruled out for the remainder of the game with a shoulder injury.