Odell Beckham Jr. has funny take about being choked by Marlon Humphrey 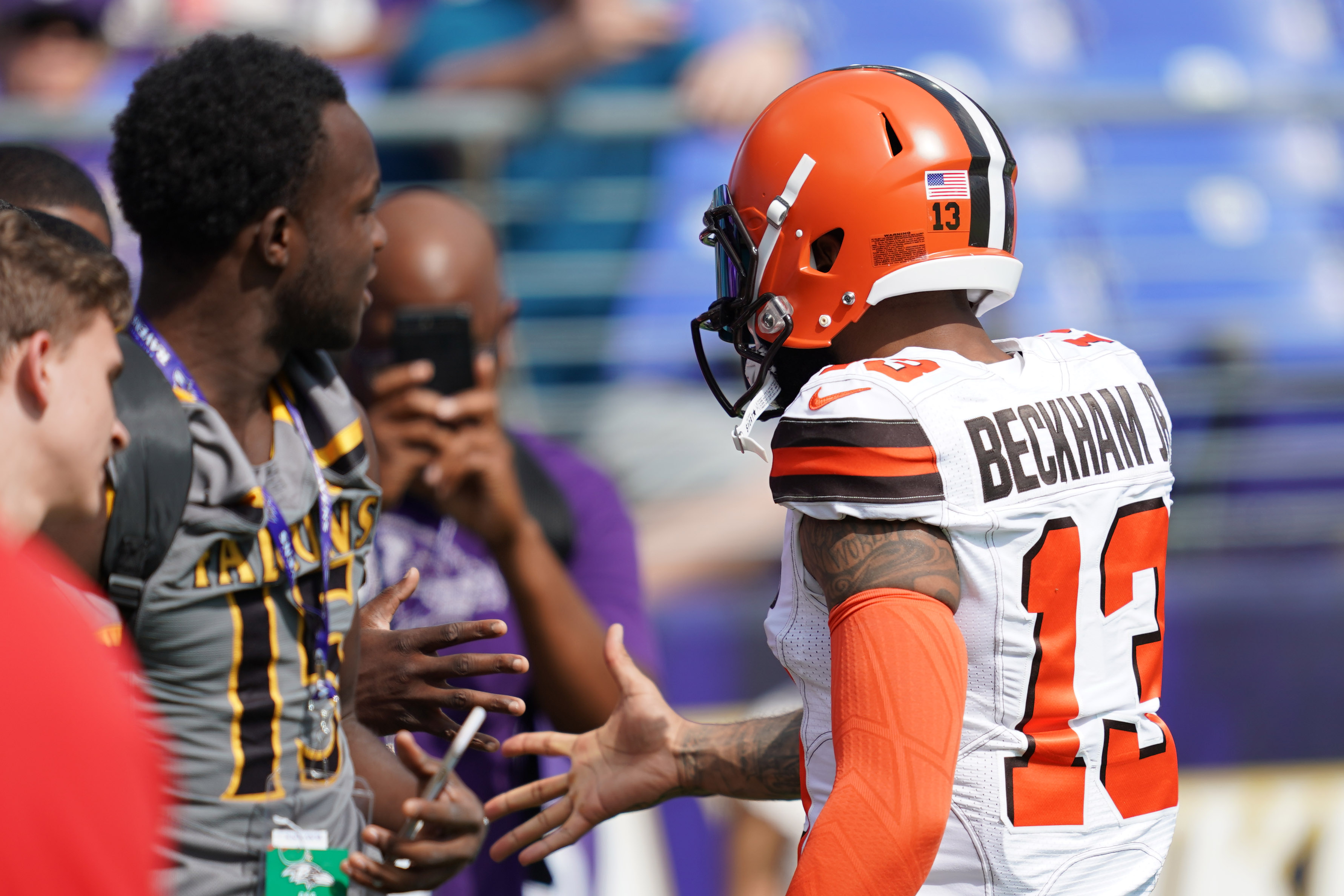 Odell Beckham Jr. has funny take about being choked by Marlon Humphrey

Browns receiver Odell Beckham Jr. and Ravens cornerback Marlon Humphrey were front and center when they got into a huge heated altercation during Sunday’s divisional showdown.

It didn’t appear as if there was a history between the two, or what exactly happened to create tension, but it boiled over at the end of one particular play in the game.

The two were seen getting into it on the field at the end of a play, with Humphrey actually choking OBJ, which resulted in offsetting penalties (watch here).

As for Beckham, he did essentially take the high road when addressing it, throwing in a funny take about not losing his earring.

It’s always easy to poke fun at a play when your team wins.