Photos: Redskins Fall to 0-4 against the New York Giants

Photos: Redskins Fall to 0-4 against the New York Giants

EAST RUTHERFORD – The Redskins fell to 0-4 on Sunday afternoon after losing to the New York Giants led by rookie quarterback, Daniel Brown.

Quarterback Case Keenum was replaced by first-round pick and rookie quarterback Dwayne Haskins Jr. in the second quarter. Haskins made his NFL debut finishing the game 9 for 17 with 107 passing yards and 3 interceptions. 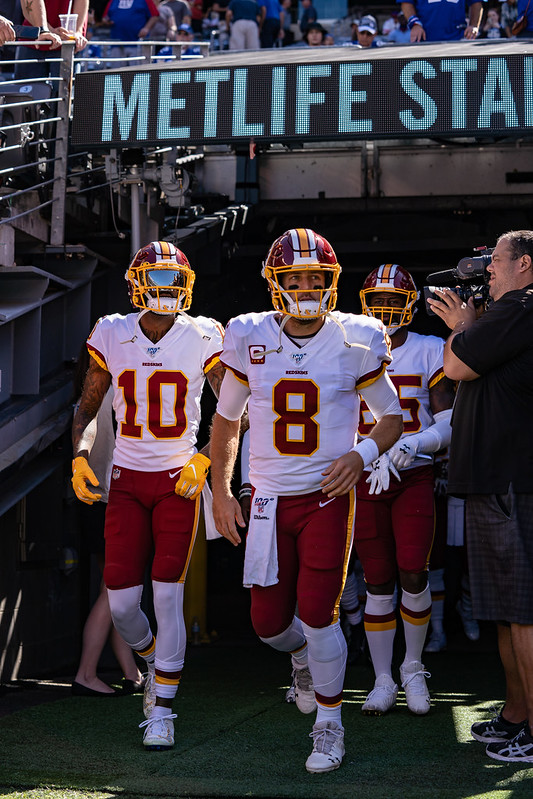 The Redskins failure to convert in the endzone and on third down conversions cost them a few opportunities to score.

Jay Gruden and his Redskins look to bounce back this weekend when they take on Bill Belichick and the New England Patriots this Sunday at 1:00 PM EST at FedEx Field in Landover.

Check out my top photos from Sunday’s game here:

This week, Shawn Anderson and Lou Olsen are joined by Greg Proops. The “smartest man in the world” returns to talk to the boys about (…)

According to ESPN on Sunday, Atalanta manager Gian Piero Gasperini was one of the 6,259,248 people across the world who tested positive for (…)

Congratulations to Ryan A. MacDonald  for winning (…)

In 2015, Dana White made a promise to Tyron Woodley. Unlike previous vows that women would never compete in the promotion or that Pride and (…)

Trevor Bauer continues to be one of the most outspoken players in MLB, regardless of the topic at hand. He’s been known to throw some shade (…)