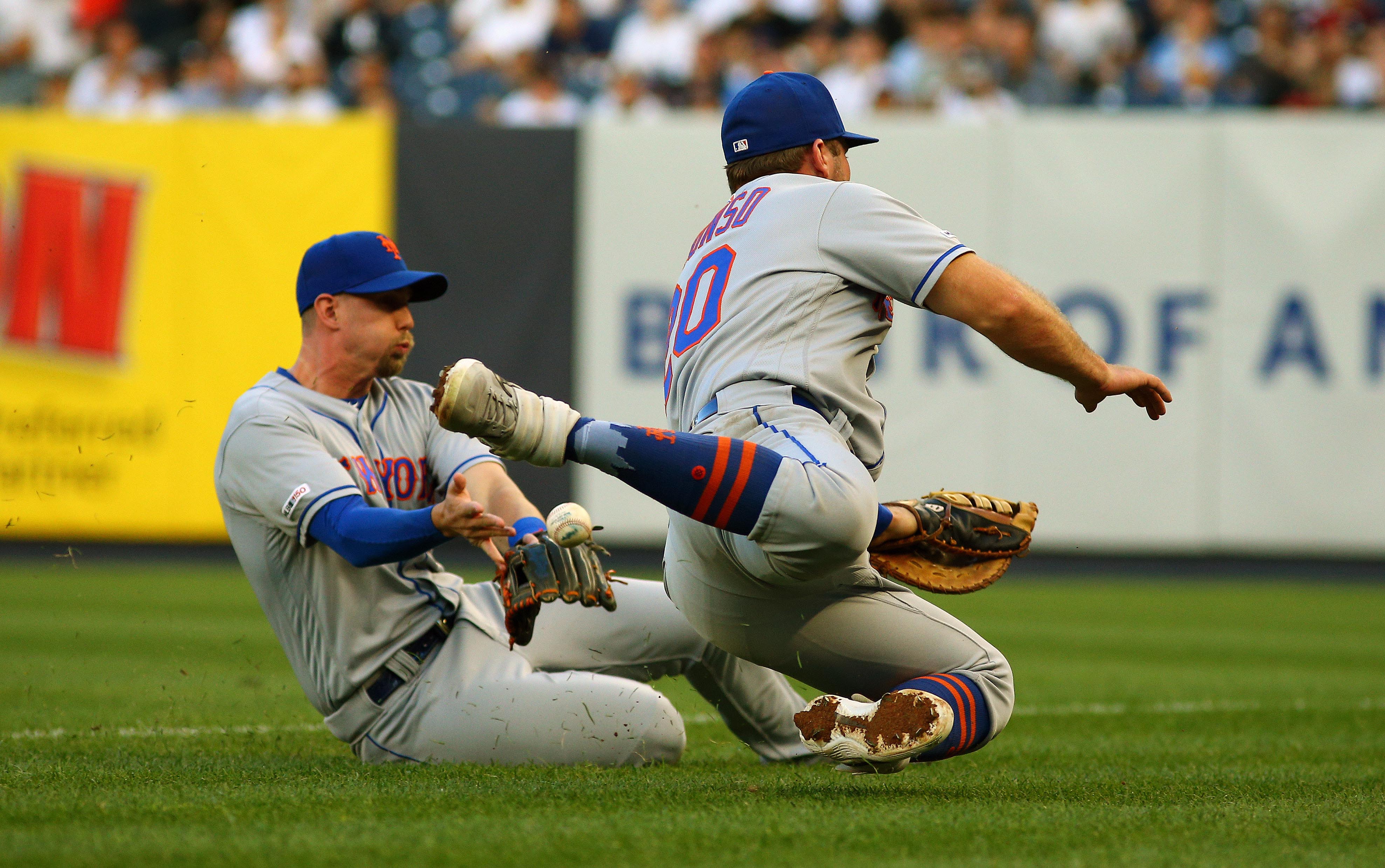 While we were still in spring training, I put together a list of five Mets (besides Noah Syndergaard, because his presence was always going to be key), who would tell the story of the season. Blogs like that stuff, right? Lists of five. Five of your Mom’s favorite lipstick shades. Five 90’s television shows that predicted alien abduction. Five random temperatures that your city will hit today. People love that stuff.

So I made a list. But I didn’t care so much about page hits. I put the list together because I really belived that they told the story of the ’19 Mets, for better or worse. I’m not sure I could have pegged this much better. Though I was wrong about the actual story they told, I was right in that by and large they were the ones at the keyboard. So let’s revisit. I’ll tell you what I said then, and tell you how it turned out. And we’ll start with:

This year represents what could be that next step for him … the step that takes him to Jacob deGrom 2018 levels. (The ERA may not be historic, but the number of K’s or other aspects of his season might be.) I am highly optimistic that this is going to happen for Syndergaard, so he’s the gimme of the group.

This is what I get for being optimistic.

Syndergaard’s inconsistency defined the ’19 season, especially down the stretch. He had a hard time finding his slider all season, and his talent only came through in spurts, like the little league victory over the Reds, or his starts against the Indians and Nationals late in the season which sandwiched a truly awful start against the Cubs in a game that they needed. After seven shutout innings against Washington, he never reached six innings again and gave up four runs a start in his last four meaningful starts (though the Mets won two of those four starts.)

The Mets total WAR out of their first basemen was at -2.5 … Imagine if the Mets could put Alonso there for close to a full season (what would he miss, the first 11 games of the season as a Super Two?) and bring his sick power to the middle of the lineup. He doesn’t have to be Rookie of the Year, but if Alonso is more Jose Abreu than Matt LaPorta, the Mets will be much better than last season …

Jose Abreu wishes he could be more like Pete Alonso, let’s just put it that way.

Hitters hit, and McNeil is hitting at a .324 clip (as I type this on 3/19) in spring training. His style of contact hitting (which I’m sure Chili Davis loves) will give the Mets a dimension from long ago to set the table …

With the acquisitions of Robinson Cano and Jed Lowrie (if he ever plays), McNeil was initially pushed into a super-sub role which would have contained some outfield work … and it would have been a complete waste of his abilities.

McNeil has been a revelation not only with the bat, but his ability to maintain his offensive production while switching positions and leading the Mets in defensive runs saved at two different positions at one point in the season.

Conforto has been a mixed bag in his major league career … If Conforto’s 28/82 is considered a down year, imagine what he could do in a full season free of injury concerns. .280/35/95 with an OPS in the mid .900’s isn’t impossible and isn’t unreasonable to ask from him in his age 26 season.

Conforto definitely improved in 2019, though maybe not as much as I or anybody else may have hoped. The power numbers were there: 32/92 is right in the ballpark of 35/95, but the .257 average falls short of the .280 average I had hoped for him. As for the OPS, .857 isn’t in the mid-900’s, but it’s a big improvement over the .797 OPS of 2018. The question with Conforto becomes this: Are the numbers too low, or are the expectations too high? We wanted a superstar, and we got, more or less, Joc Pederson. Is that enough? A 3.4 WAR season isn’t anything to sneeze at, and it definitely helped the Mets in 2019.  So it might be enough … for now.

If Rosario can get the on base pct. up just a little bit (think .330), then I’d sign up for this over a full season, and it would make the top of the lineup lethal.

Rosario pumed his OBP up to .323, which is in line with the improvement he made in his batting average, which went up 30 points, and his slugging improved around 50 points as well. His defense improved over the course of the season to where people have stopped talking about putting him in center field. Rosario definitely took the next step in his career, and with next season only being his age 24 season, there’s a lot to look forward to.

In many ways, Diaz might be the biggest factor in whether the Mets sink or swim this season if everybody else plays up to their potential. It’s unfair, but there is also an eerie parallel to the acquisition of Francisco Rodriguez ten years ago. (Only difference is that Diaz’s 2018 was significantly better than Frankie’s 62 save season in 2008.) If Diaz is anywhere close to reliable, it’ll go a long way towards a successful 2019.

In New York City travel parlance, Diaz would have had to take three trains, two buses, a ferry and a horse and carriage to get anywhere close to reliable.

The funny part, and it’s the part I don’t get, is that Diaz had a very good April. I thought if there would be any sign that Diaz was going to be a problem in New York, it would have been the first month when he would have put too much pressure on himself to impress his new teammates and fan base. But he was fine in April, pitching to a 1.54 ERA with 8 saves. He was getting hit around more than usual, but he largely escaped, making you think that he would be fine the rest of the season.

But then he absolutely fell apart, cementing his parallel with Francisco Rodriguez as he broke his record for ninth inning home runs given up. It’s an absolute shame that all the good that the other players have done was basically unwound by Diaz, but more so by this trade which Brodie bought high on and bet that a reliever would repeat a 3.0 WAR season for only the 9th time in baseball history.