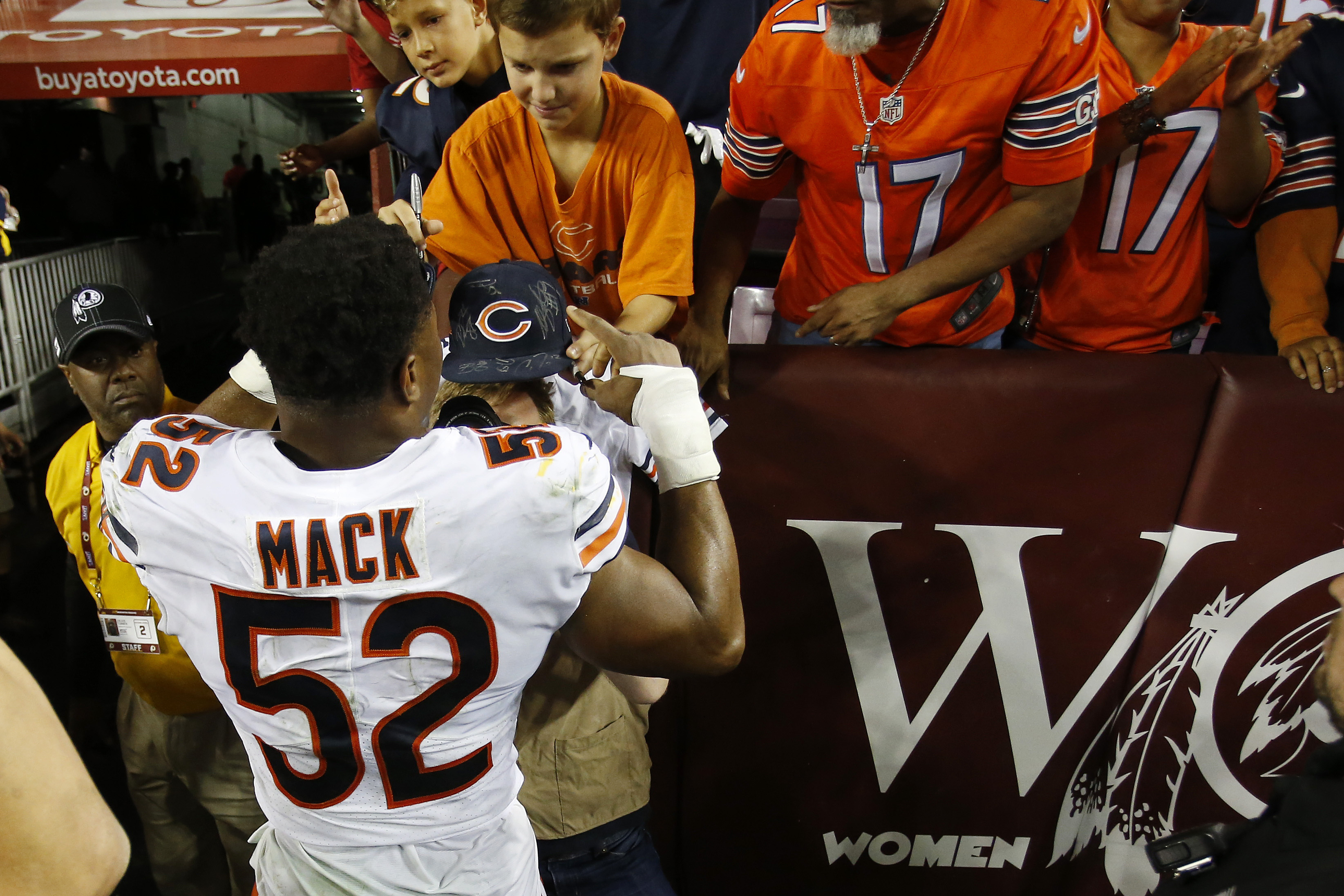 Bears star defensive end Khalil Mack was traded away last season, as Jon Gruden curiously traded him away, in what was essentially his first major decision as head coach.

It was a puzzling move, as Mack is a generational pass rusher, and if he stays healthy, he’ll likely go down as one of the best in NFL history. Guys like him rarely come around, and the Raiders let him slip through their fingers.

Not only that, they’ll face him on Sunday, as Mack is set to return to Oakland to face his former team for the first time, and he appears extremely motivated for it. Check out what he had to say about the Week 5 contest — which sure doesn’t appear to be just another regular game.

Khalil Mack told Deion Sanders on NFL Network that facing the #Raiders this week "is a game I've been looking forward to. I can't lie. It's going to be a big one for me."

Mack has 4.5 sacks in his last three games as is, and he wasn’t “looking forward” to those. If we’re Raiders quarterback Derek Carr, we’re not really looking forward to seeing Mack flying at him nearly every passing down on Sunday, yeesh.