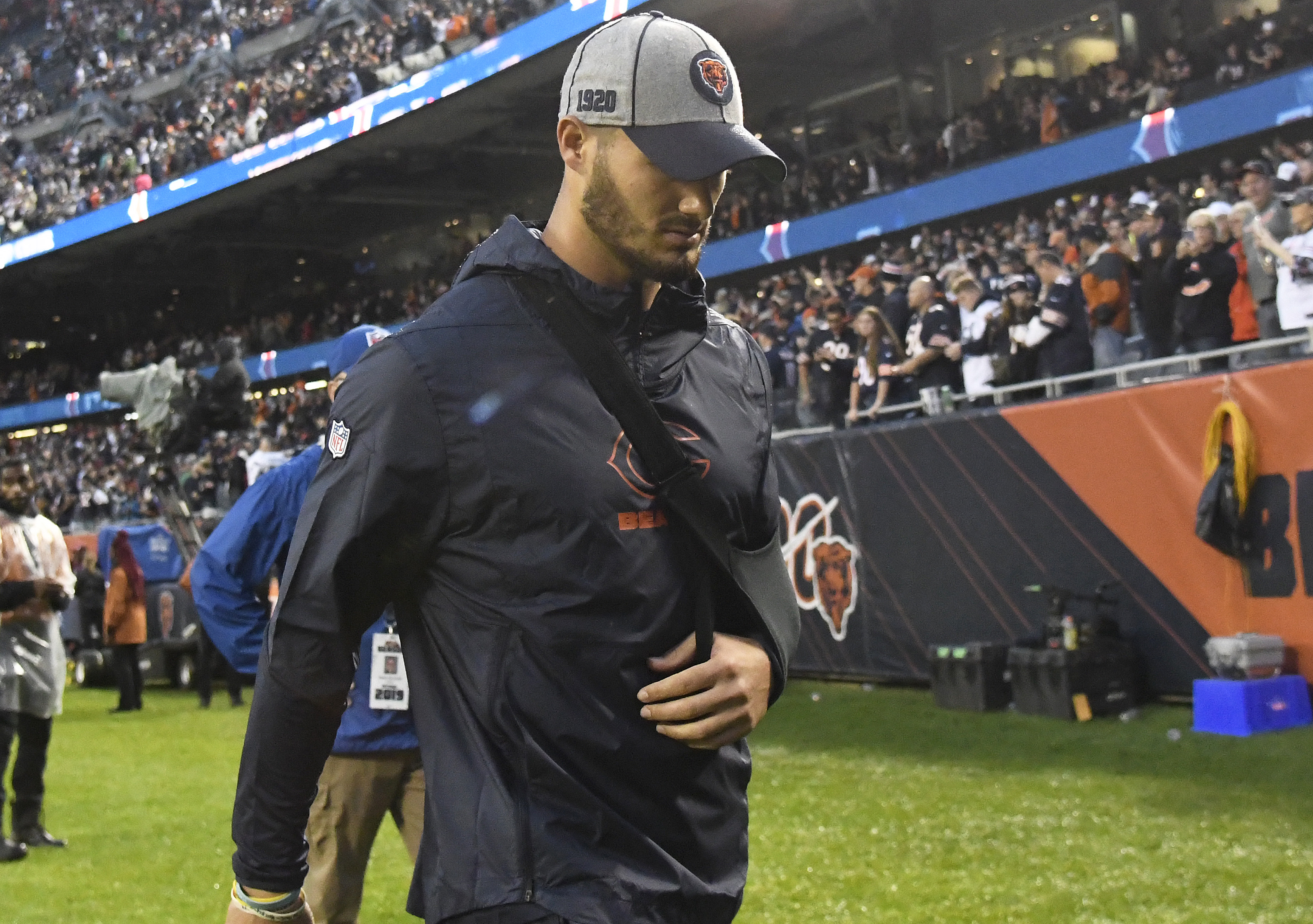 Chase Daniel managed to lead the Bears to a 16-6 victory on Sunday against Minnesota after replacing injured starter Mitch Trubisky early in the first quarter, and it appears his number will have to be called again in Week 5.

ESPN’s Adam Schefter reported Monday that an initial MRI on Trubisky revealed a dislocated left shoulder with a slight labrum tear. Fortunately for Chicago, he does not need surgery and should be back sooner rather than later.

Initial MRI on Bears’ QB Mitchell Trubisky revealed he has a dislocated left shoulder, with a slight labrum tear, but does not need surgery and should he back “sooner rather than later”, per source. He will travel with team to London and is unlikely to play vs. Raiders.

That said, it’s unlikely Trubisky plays this week against the Oakland Raiders in London, especially with a bye week coming up. Daniel threw for 195 yards and a touchdown pass in the win against the Vikings, and Chicago’s defense was once again lights out, limiting Minnesota to 222 yards on offense.

With how good the Bears have been defensively, they won’t need Daniel to go off against the Raiders.