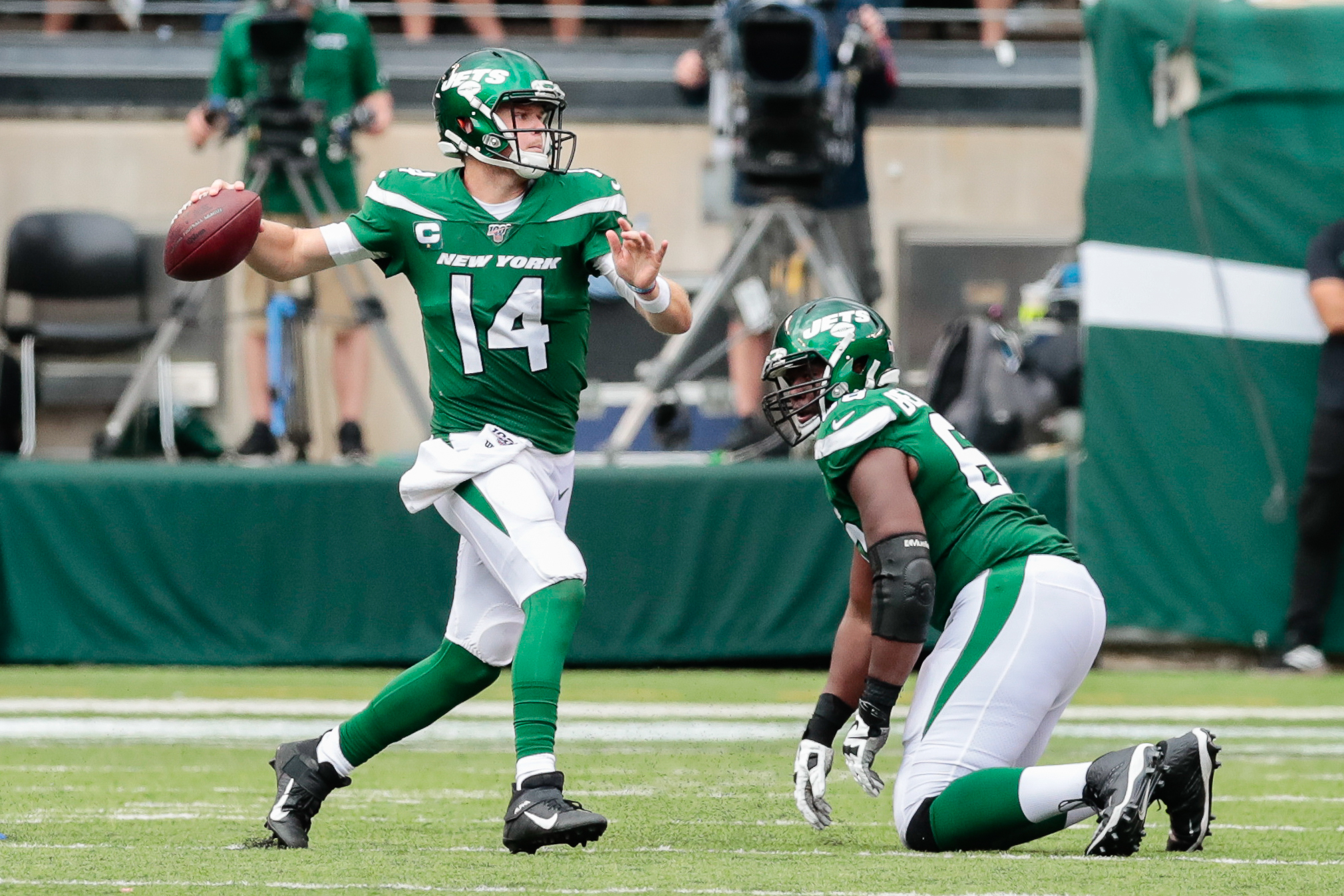 The Jets have still yet to win a game this season, and with rookie quarterback Luke Falk currently under center, it doesn’t appear that they’re going to get off the schneid anytime soon.

As such, all eyes are on Sam Darnold, who the team drafted No. 4 overall last season, and expected big strides in his development from, with “quarterback guru” Adam Gase installed as head coach. Unfortunately, Darnold has been dealing with mononucleosis, and it’s unclear exactly when he’ll return to the field.

Still, for some reason, the team has had him speaking to the media nearly every week, which seems pointless. And while it was initially indicated he’d only be out for 3-4 weeks, it does seem like the team isn’t going to rush him back on the field.

“It’s out of my control,” Darnold said, via NFL.com. “My spleen’s going to do what it’s going to do. Right now, I’m just focused on if they say I can get some cardio in — getting as much cardio in as I can — making sure that I’m in shape so if I were to go out there and play a game I hold up.”

The team would be best suited to shut him down for the season, tank for a top draft pick and come out firing next season. Mono can take a toll on muscles as well as energy, and it’s hard to see him coming back in game shape when he does return.