Wizards' expectations for 2019-20 season are unlike past years 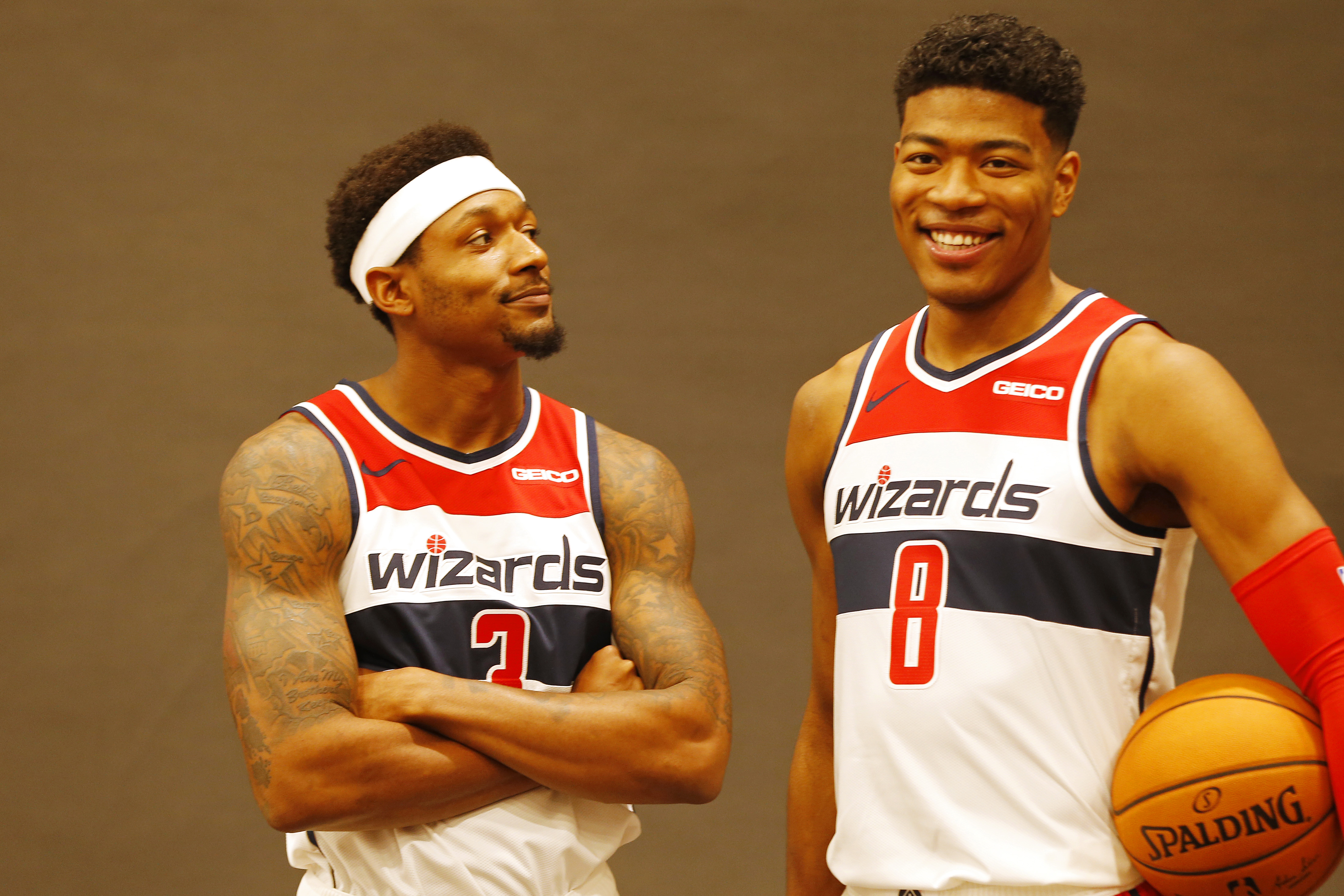 Wizards' expectations for 2019-20 season are unlike past years

Before this season, the Washington Wizards always came into Media Day with big smiles on their faces thinking this was the season that they break through to the Eastern Conference Finals. They came in with Paul Pierce in 2014, a healthy John Wall in 2015, new head coach Scott Brooks in 2016, a Run It Back mentality in 2017, and arguably the most talented roster in 2018.

Entering the 2019-20 season, the Wizards still had smiles on their faces for Media Day. But there is the reality of things. John Wall will miss the majority, if not all, of the regular season while he rehabs his ruptured Achilles from February. Rotation players Isaiah Thomas (thumb), C.J. Miles (foot), and Troy Brown Jr. (calf) will likely miss the start of the regular season with injuries. There are 14 new players out of the 20-man training camp roster and seven of those projected to make the opening night roster will be younger than 23-years old.

The latter is something that Washington has never seen under the past leadership of Ernie Grunfeld during the Wall and Bradley Beal era. Draft picks were frequently spent to bring in veteran rentals to put Band-aids on gashes. Bringing in veterans with free agency on the horizon was a Grunfeld staple and Wall was not a big fan of that.

“In the years past, it’s always tough to play with a team that’s got so many guys on one-year deals. Everybody is trying to play at a high level and make sure they get theres,” Wall shared.

Unlikes his former boss and hamstrung by limited cap space, Tommy Sheppard has looked to bring in young and hungry players with high character. Enter Moe Wagner, Isaac Bonga, Jemerrio Jones, Rui Hachimura, Admiral Schofield, and Justin Robinson. On Thursday, Sheppard conducted a 34-minute press conference with the media to discuss the season ahead. During part of that availability, the first-year general manager hinted at what the primary goals of the 2019-20 season are.

“I think it all comes down to development,” Sheppard began. “Watching the players on our roster every time you measure and watch. And it’s not just by a stat sheet. It’s all the things you are asked to do on the floor. Are you able to go out there, execute consistently, improve on the things you were asked to do. We’re asking players to be stars in their roles. [Say] the only time the ball is coming to you is at the end of the shot clock so we’re asking you to set a great screen, we’re asking you to be a selfless help-side defender. We can evaluate that to see if you’re doing those things. I think those are areas we’re going to evaluate and watch the roster get better.”

“As you go through the season, some players probably aren’t going to get the minutes so we’re going to be very quick to utilize the Capital City Go-Go,” Sheppard continued. “We saw the success last year, I think we had as many call-ups if not the most call-ups in the G League. I think in the first year we were feeling our way a little bit now we kind of learned what we didn’t know. Our goal with rookies is about 1,500 minutes. If you can get those with the Wizards, God bless you. Chances are we’re going to have to split time.”

Despite his non-stop competitive spirit, Beal appears content or at least at peace with the idea that Washington may struggle to begin the season if not throughout. That’s the leadership talking from Beal, which outsiders are just starting to learn about.

All of that said, it is not like Washington will be all-out tanking for the No. 1 overall pick in the 2020 NBA draft. This group wants to pride themselves on playing hard even if they are not the most talented. That is the culture Sheppard is trying to build to prove team governor Ted Leonsis that he was the correct choice this offseason to lead the Wizards forward. First-round pick Rui Hachimura may be a tad naive, but he wants to make the playoffs. Albeit unlikely, maybe Washington outperforms expectations now that the bar has been tempered for the first time in a while.

“We are really trying to make the playoffs this year,” Hachimura said. “We still building this team, but I think we have pretty good guys, pretty good players in here right now. I’m so excited to play with these guys and come out with good energy.”