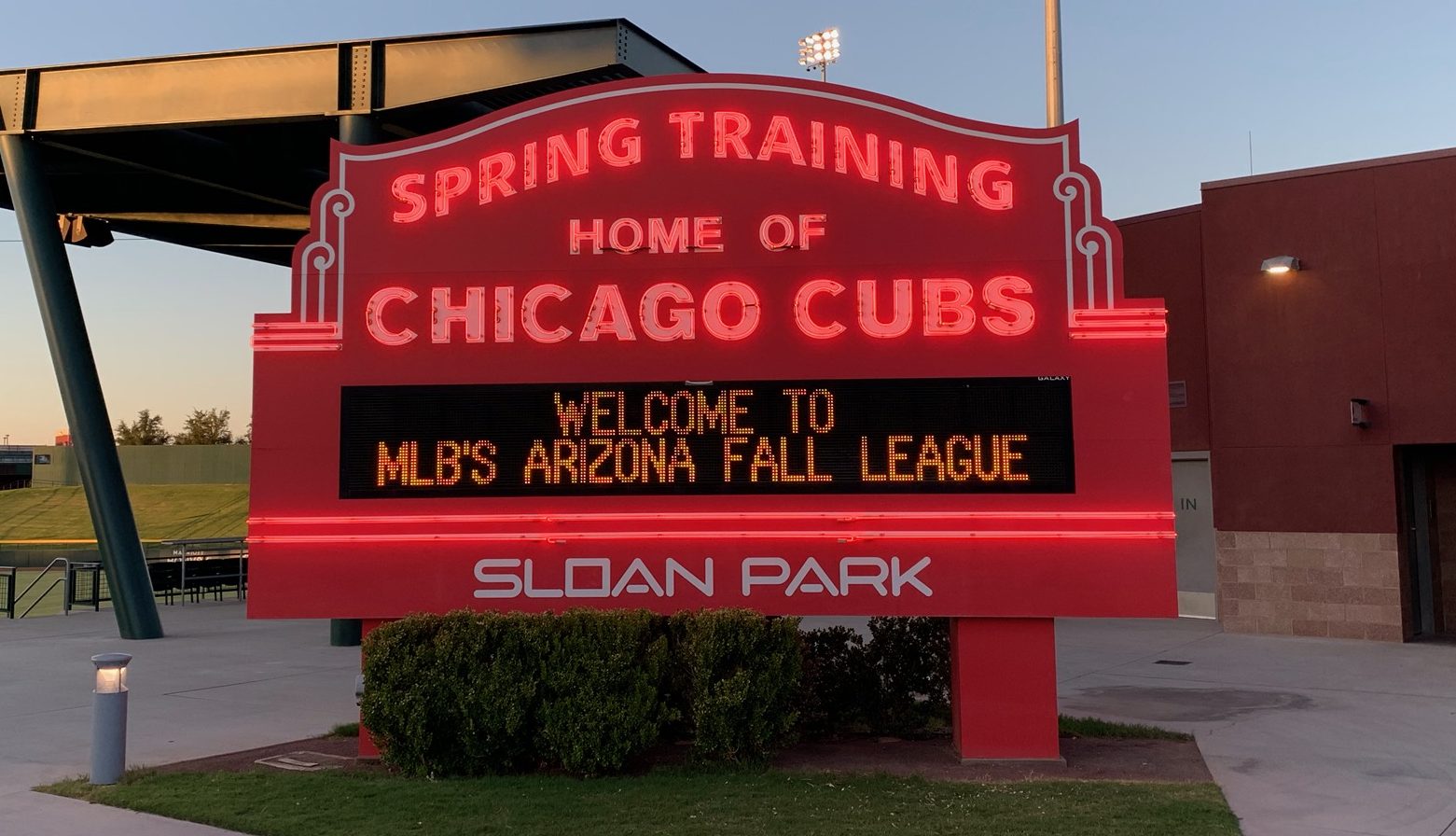 After closing out last week with two wins, the Mesa Solar Sox began week two with another pair of wins. After an off day Monday, the Sox bested the Scottsdale Scorpions by a score of eight to four thanks to ten hits, four walks and two Scorpions errors.

Greg Deichmann of the Athletics again was the top performer with his second home run of the season, two hits, two runs and two RBI. Zack Short (CHC) added a solo home run as well, just his second hit of the season and his first RBI. On the other end of the spectrum, Miguel Amaya (CHC) added two hits and is now hitting .500/.647/.667 as the starting catcher.

While the pitching staff did allow four runs, there were still solid performances by four of the six pitchers used. Daniel Gosset (OAK) was significantly better than his first time out, earning a win for the three inning start as he allowed just one run. Jhenderson Hurtado managed two scoreless innings for the hold before the offense put things out of reach for Scottsdale. Jordan Minch (CHC) also pitched a scoreless inning where he struck out batters for all three outs recorded.

Wednesday marked both the start of international play in the Arizona Fall League and the beginning of a bad weather stretch that cost the league a few games. Three teams from the Mexican Pacific League came to Arizona to take on the Fall League squads and on Wednesday, the Solar Sox took on Los Cañeros de Los Mochis, cañeros being Spanish for sugar canes while Los Mochis is a coastal city in Sinaloa, Mexico.

The make up of the Mexican Pacific League teams is interesting as they include players aged from 40 (like Saul Armando Soto Castro of the Cañeros) to 16 (like Vidal Sotelo Rivera). They also include both players from the Mexican Leagues and some from Major League Baseball with nine men on the Cañeros roster still holding some MLB affiliation.

Facing this odd conglomeration of players was just what top Angels prospect Jo Adell needed to break out of his first week slump as he went four for five with four runs scored to lead the Sox to their blowout 15-2 win. This included Adell’s first home run of the season while Deichmann added his third as part of two hits. Amaya added another pair of hits as well as did Indians infielder Ernie Clement. Even Nolan Jones (CLE) got a hit, although he also struck out three times.

Nearly all the scoring came early as Luis Jose Pino Valdez gave up 13 runs (12 earned) in the first 1.2 innings. Similarly, all of the Cañeros runs came in the third inning off starter Anthony Castro (DET). Scott Effross (CHC) bailed him out of that inning, however, striking out three in 1.2 total. Jesus Zambrano also struck out three in two innings as four Solar Sox relievers went 6.2 scoreless innings to end the game with five hits allowed, two walks and seven strike outs.

Back in action on Friday night against the Rafters, Adell and Jones finally started to heat up, each reaching base twice in four plate appearances and Deichmann continued his hot start with a hit, but otherwise the Solar Sox offense went quietly against Salt River. Keegan Thompson (CHC) had a rough start, allowing two runs in the first three innings, but Kirk McCarty (CLE) allowed just one more over the next three in the piggy back start. Things stayed fairly close until the eighth when Will Vest (DET) allowed three runs and put things out of reach.

Collins puts the ball in play for the Solar Sox during the 2019 AFL season. – Joseph Coblitz, BurningRiverBaseball

Saturday was a repeat against the Rafters and again, the Solar Sox fell in a blow out. Deichmann added his fourth home run as the Sox final run scored in the game. Adell hit his second double and scored a run on a Jose Azocar (DET) single. Gavin Collins (CLE) also doubled and scored.

As most of the pitching staff was having a rough time, it needs to be mentioned that Isaac Mattson (LAA) was able to pitch a perfect inning in relief, striking out two. Mattson has yet to allow a run in relief this year across 4.1 innings and three appearances. He has struck out eight with just one walk and two hits allowed.

Originally scheduled to play Los Mochis again on Sunday, they were replaced by Los Yaquis de Obregon. The team name originates from the Yaqui tribe of native Mexicans that live near the Yaqui River in Sonora with Obregon being the second largest city in the state of Sonora.

Even with a different team playing, the results were similar as the Solar Sox put 14 hits and 7 runs on the board to win 7-0. Adell added three hits including his third double with Brandon Marsh (LAA), Jahmai Jones (LAA), Nolan Jones, Zac Short (CHC) and Derek Hill (DET) hitting doubles as well.

After a good three inning start by Daniel Gossett (OAK), four relievers combined for the final four innings allowing two hits, no walks and striking out five. With the win, the Solar Sox jumped back up to 5-5 and currently sit a game out of first in the Arizona Fall League East division. They are tied with Peoria for the fourth best overall record out of six total teams.