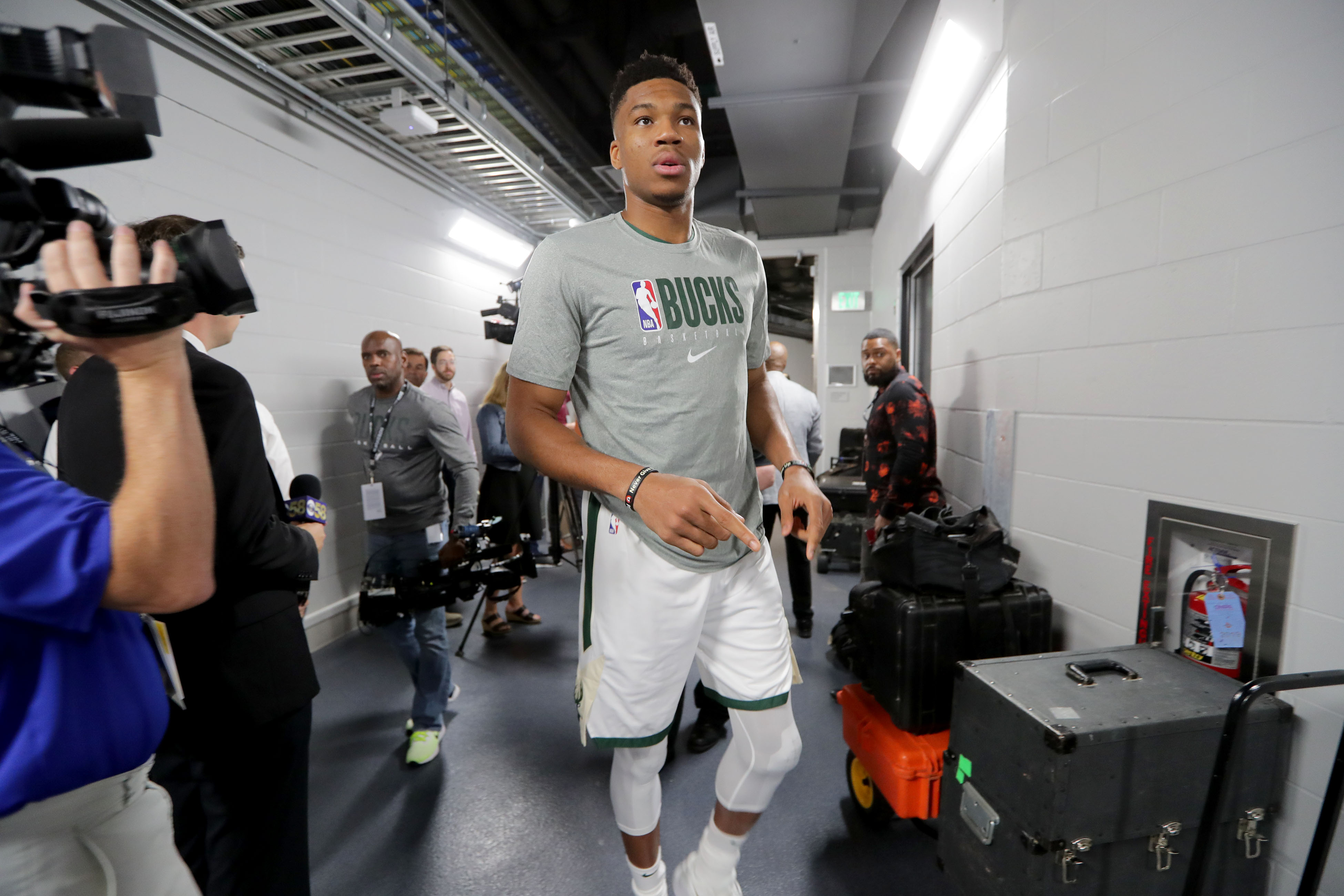 All that talk about the possibility of Bucks big man Giannis Antetokounmpo hitting free agency next season, rather than re-signing with the team beforehand — well, he’s not interested in hearing about it anymore.

Rumors have already been circulating about the Warriors making a major run at Giannis next summer, and possibly even being successful in their endeavor to land him, given all they have to offer, with superstars Stephen Curry and Klay Thompson in the backcourt, and Draymond Green in the paint.

But Antetokounmpo is only looking to talk about this season, rather than potentially becoming a distraction for his teammates. In fact, he called the talk “disrespectful” to them.

“I feel like if you have a great team, and our goal is to win a championship and be the last team standing and get better each day, I think it’s disrespectful towards my teammates talking about my free agency and what I’m going through,” he said, according to ESPN’s Eric Woodyard. “So when the time is right, we’re all gonna talk about it. I don’t think the time is right.”

He’s doing a good job of not trying to be a distraction, but unless he and the team agree on a deal, he needs to be aware that he’s going to hear that question a lot from reporters this season, it’s just how the media is in this day and age.