Jay Gruden has 'quit' on Redskins, expected to be fired soon 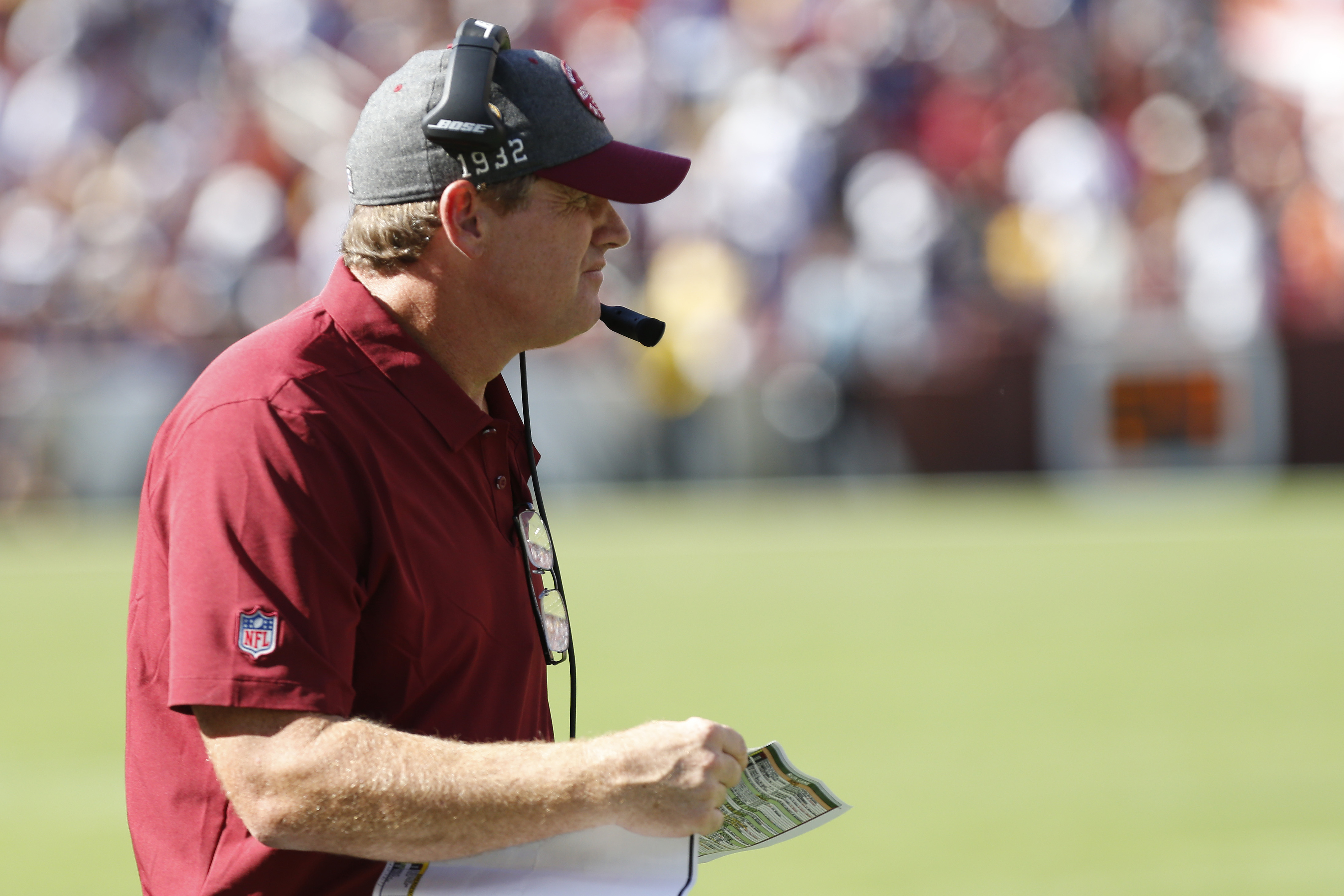 Jay Gruden has 'quit' on Redskins, expected to be fired soon

The Redskins are one of the worst teams in the league, and that’s resulted in plenty of scrutiny toward the team’s head coach, especially since he was on the hot seat heading into the season to begin with.

Jay Gruden is in his sixth season with the team, and his 35-48-1 record simply is not cutting it. The Redskins are 0-4 to begin the season, and it sure doesn’t look like they’re going to be getting a win anytime soon, especially playing the Patriots on Sunday.

As such, Gruden could be fired, and soon.

ESPN’s Stephen A. Smith believes it will actually happen next week, as he appeared on “First Take” on Tuesday, and stated that he believes Gruden has “quit” on the team, and will be relieved of his duties if the Redskins lose to the Patriots on Sunday, which seems like a lock.

The writing is on the wall; it’s happening soon. Gruden has failed to record a playoff win during his tenure in Washington, and time’s running out.