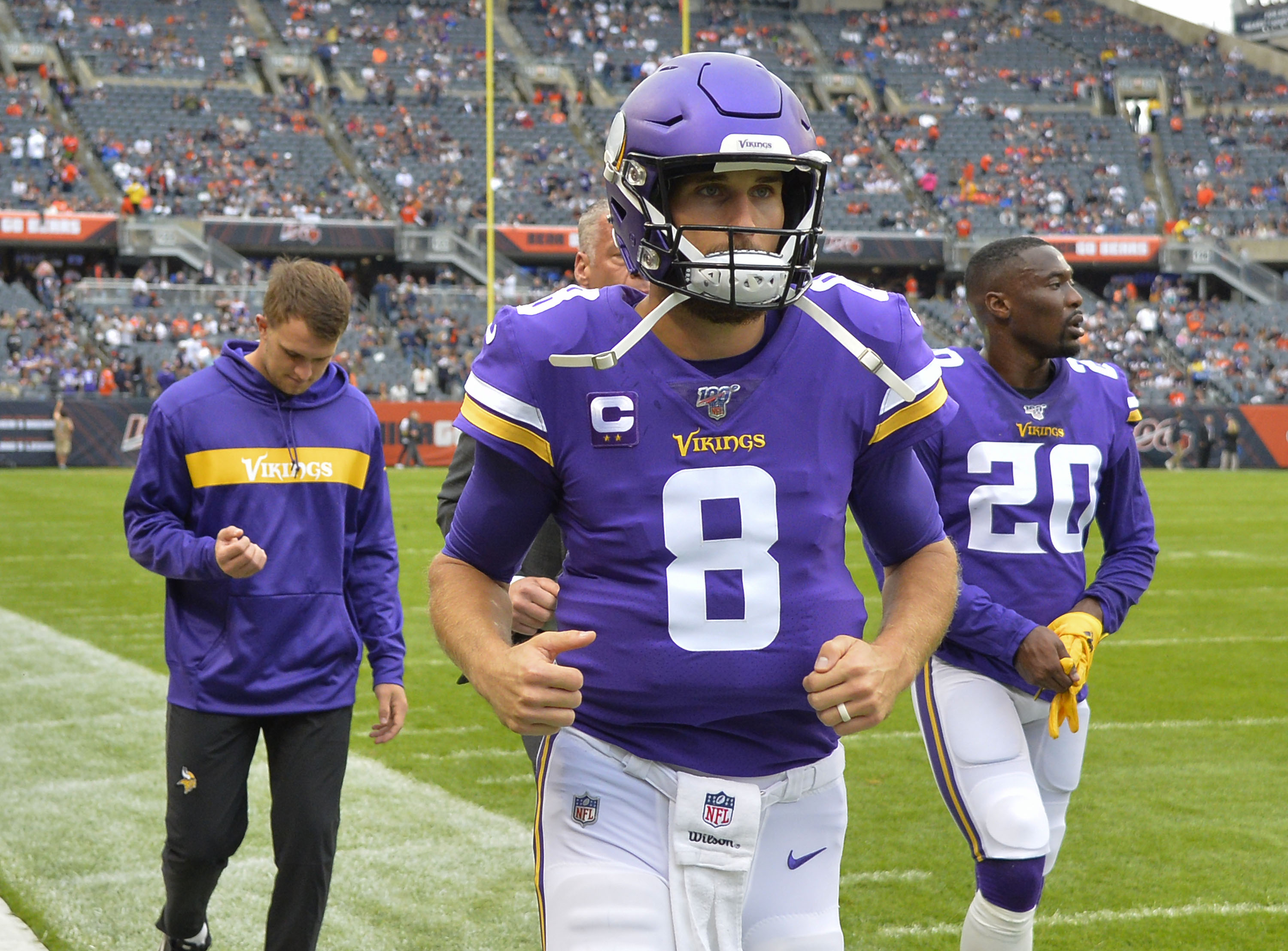 The Vikings were shut out for nearly the entirety of Sunday’s 16-6 loss to the Bears, and Kirk Cousins’ inability to stretch the defense by throwing downfield was a big reason why.

Cousins threw for 233 yards, but it took 36 pass attempts to do so, which is exactly what the Bears defense wanted — dink-and-dunking. Chicago’s defense has no problem surrendering yards in the middle of the field, but it excels in creating negative plays to kill drives and not give up points. That’s exactly what happened on Sunday.

To make matters worse, Cousins’ receiver, Adam Thielen, called him out after the loss, indicating that they need to hit more downfield throws to succeed.

As for Cousins, he didn’t fire back at his teammate. Instead, he agreed, and apologized, on a radio appearance on KFAN.

“I really want to apologize to [Thielen] because there’s too many opportunities where we could have hit him on Sunday,” Cousins said, via Chris Tomasson of the St. Paul Pioneer Press, “and postgame when I talk to the media I always say, ‘Hey, until I watch the film it’s hard for me to really give you a straight answer.’

“Well, now it’s Tuesday night. I’ve watched the film and the reality is there were opportunities for [Thielen]. The one that’s most obvious is the third-and-10 at the beginning of the game. We’re near midfield. That’s arguably seven points. If you put the ball where it needs to be he’s shown . . . that he will make that play and he’ll probably finish the play in the end zone and pull away from the defender.

That was absolutely the correct move by Cousins — holding himself accountable, rather than making Thielen’s comments become a distraction. He handled the situation as best he could.