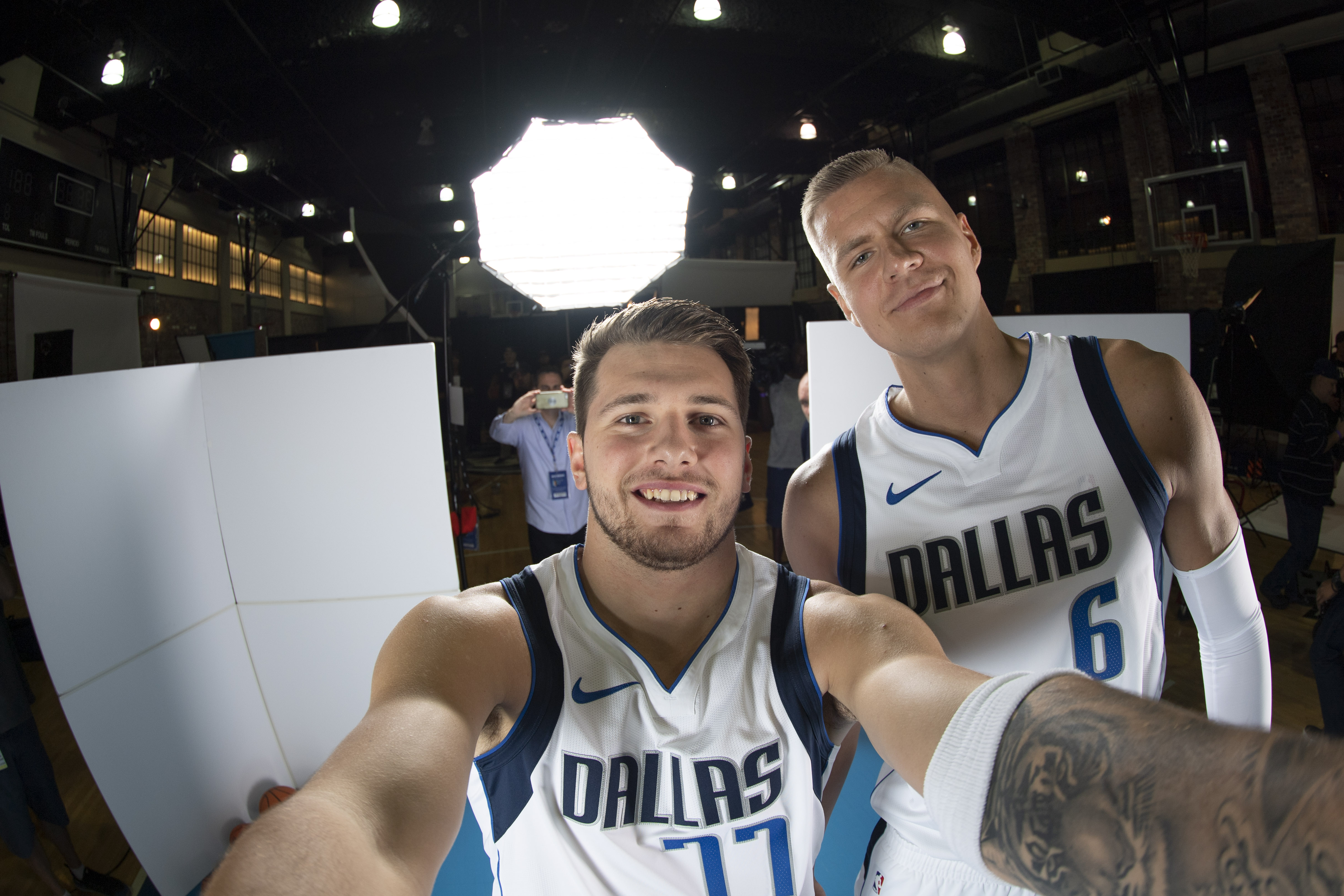 With Kristaps Porzingis fully recovered from the torn ACL that kept him out all of last season, he and Luka Doncic have the makings of a dangerous duo that could dominate this season, and Porzingis was not shy to point that out at Mavericks media day on Tuesday.

Porzingis told reporters that he and Doncic could be a nightmare for opposing teams.

Kristaps Porzingis on the two-man game with Luka Doncic: “It could be a nightmare for the teams going forward. We just have to develop that chemistry on the floor.”

This will be the first season for Porzingis in a Mavericks uniform after getting traded from the New York Knicks two seasons ago. He hasn’t played in an NBA game since Feb. 6, 2017, when he tore his ACL against the Milwaukee Bucks. However, recent photos on social media suggest Porzingis has been living in the gym, and he mentioned to reporters that he’s in the best shape of his life.

Pair that with Doncic coming off a stellar first season in the NBA that saw him earn Rookie of the Year honors, and the Mavericks could potentially be a team to watch come playoff time. In any case, it will be good to see Porzingis back on the court after a lengthy time away.