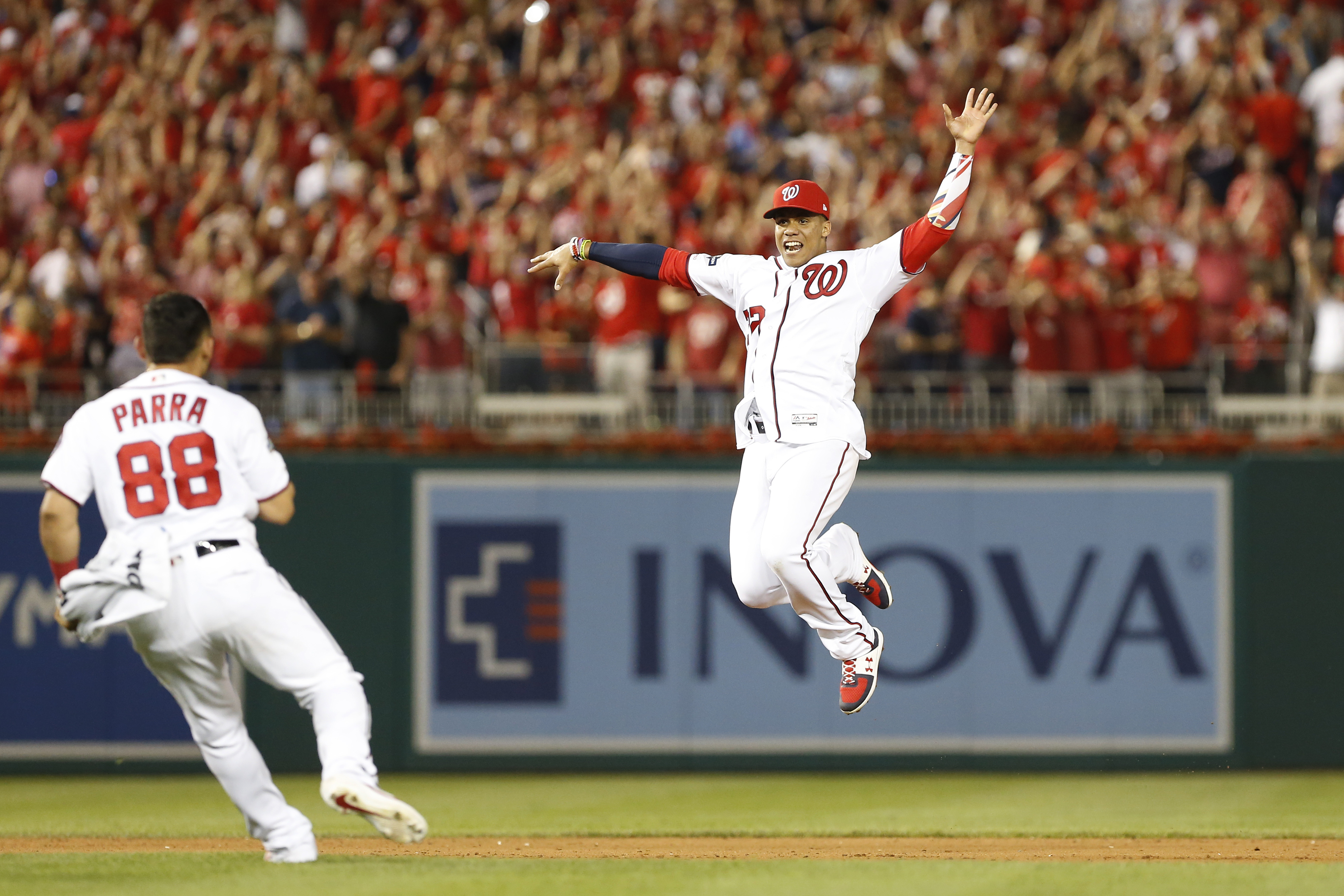 The Nationals pulled off a dramatic late-game comeback to beat the Brewers and advance past the wild-card round of the playoffs, with 20-year-old budding star Juan Soto as the hero.

Soto came to the plate in the bottom of the eighth inning, with his team trailing 3-1, and the bases loaded. There were two outs at the time, and a rally killer would’ve likely thwarted the team’s chances of pulling off a comeback.

But Soto delivered, in a big way, raking a single to right. The ball rolled by the Brewers outfielder, for an error, and the 20-year-old star ended up with a bases-clearing double, giving his team a 4-3 lead, and the eventual win just 10 minutes later.

Juan Soto was 0-3 before giving the Nationals their 4-3 lead and the win.

Postseason is about stepping up when it matters most 💪 pic.twitter.com/yl82Cx5fL3

Soto celebrated so hard with his dad after the game that he was actually tackled to the ground by his old man.

Juan Soto getting celebratory tackled by his dad is so amazing. pic.twitter.com/8atUzu4Ck2

He had some fun with his teammates as well.