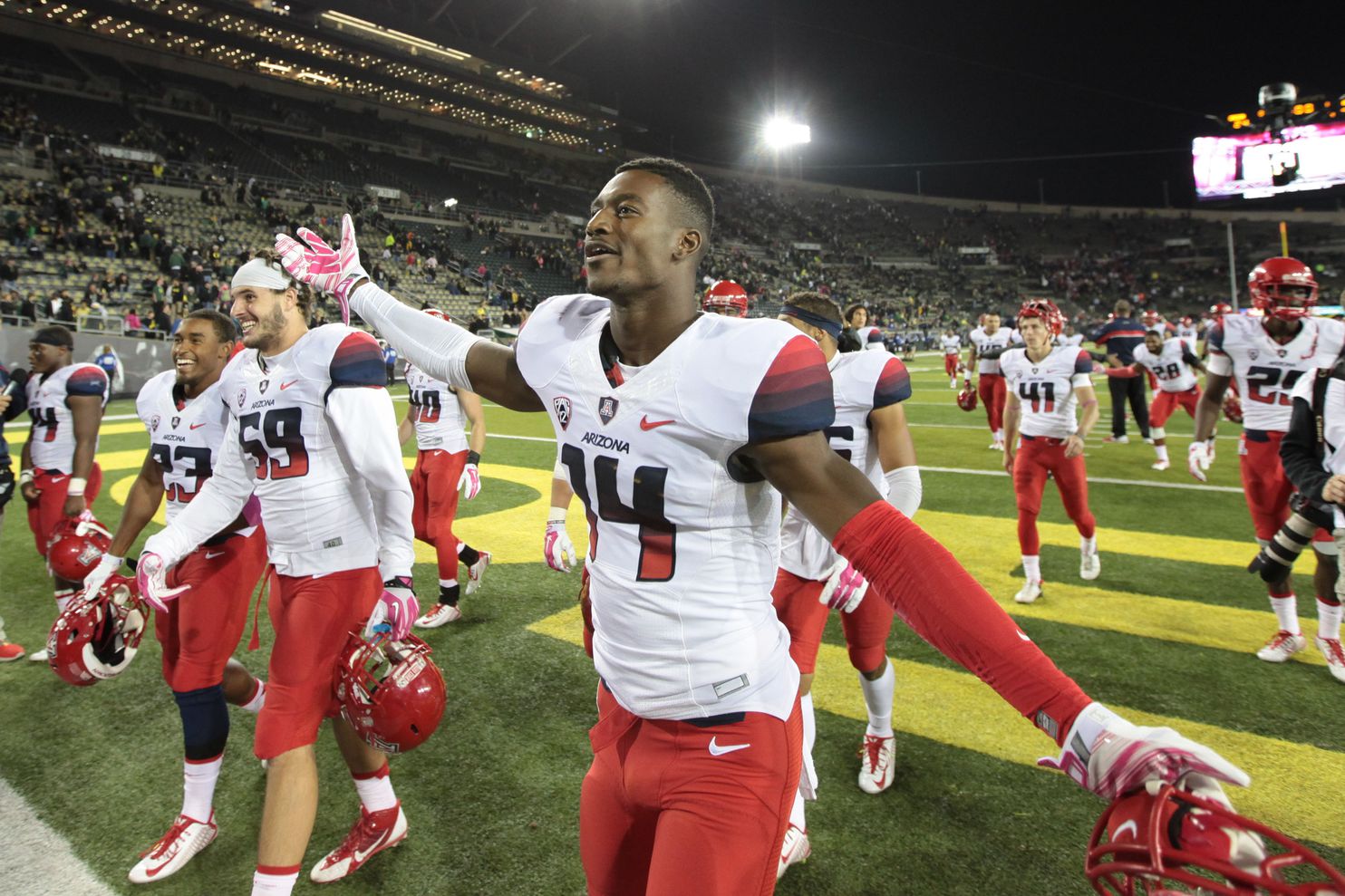 The 2014 season would be one of the best in Oregon program history. The Ducks had their first Heisman Trophy winner in quarterback Marcus Mariota and reached the national championship game for the second time in five years, but there was a midseason hiccup that happened on this day five years ago.

Oregon was 4-0 on Oct. 2, 2014 and flying high at No. 2 in the country as it was set to host 4-0 Arizona on a Thursday night. Oregon’s high-powered offense was stifled in the first half before falling late to the Wildcats, 31-24.

Mariota’s 26-yard touchdown reception on a trick play pass from running back Royce Freeman early in the second quarter served as the only touchdown of the first half as the Ducks took a 7-3 lead to the locker room. After the teams traded touchdowns to start the second half, Arizona running back Nick Wilson took over with consecutive touchdowns on a 2-yard run and a 34-yard reception from quarterback Anu Solomon.

Trailing 24-14 after three quarters, the Ducks were able to draw even by the midway point of the fourth quarter with a short field goal and Mariota’s second touchdown pass of the night — a 9-yard scoring strike to Keanon Lowe. With momentum on the side of Oregon, Arizona would mount maybe its most impressive drive of the season.

The Wildcats converted four third downs and were aided by an unsportsmanlike conduct penalty during a 15-play, 71-yard march that melted nearly five and a half minutes off the clock. After gaining 24 yards on 3rd-and-20 earlier in the drive, Terris Jones-Grigsby put Arizona ahead for good with a 1-yard touchdown run with less than three minutes to play.

Throughout the course of the 2014 season, Mariota would throw just four interceptions, but against the Wildcats, he lost a pair of fumbles. The last of those on a strip sack from Arizona’s eventual Bednarik and Nagurski Award winner, Scooby Wright, helped seal the deal. Jones-Grigsby’s 9-yard run on third down on the ensuing drive put the contest away.

Arizona finished the night with just shy of 500 yards of total offense. Jones-Grigsby led all rushers with 115 yards and all receivers with 95 yards to finish with 210 yards from scrimmage. Wilson scored three touchdowns. Solomon passed for 287 yards in the win. Mariota passed for 276 yards for the Ducks, but the two fumbles would prove costly.

Oregon rebounded to win its next nine games and got the last laugh with a 51-13 victory over Arizona in a Pac-12 Championship rematch. After smacking reigning national champion Florida State 59-20 in the Rose Bowl, Oregon would fall to Ohio State for the national championship.

At 4-0, the Wildcats would go from unranked to No. 10, but lost the following week to USC. The Wildcats finished the regular season 10-2 before falling to Oregon in the rematch and Boise State in the Fiesta Bowl to close the year. The 2014 campaign served as Arizona’s first 10-win season since going 12-1 in 1998 and remains the last one since. The signature win from the year happened on this day five years ago.