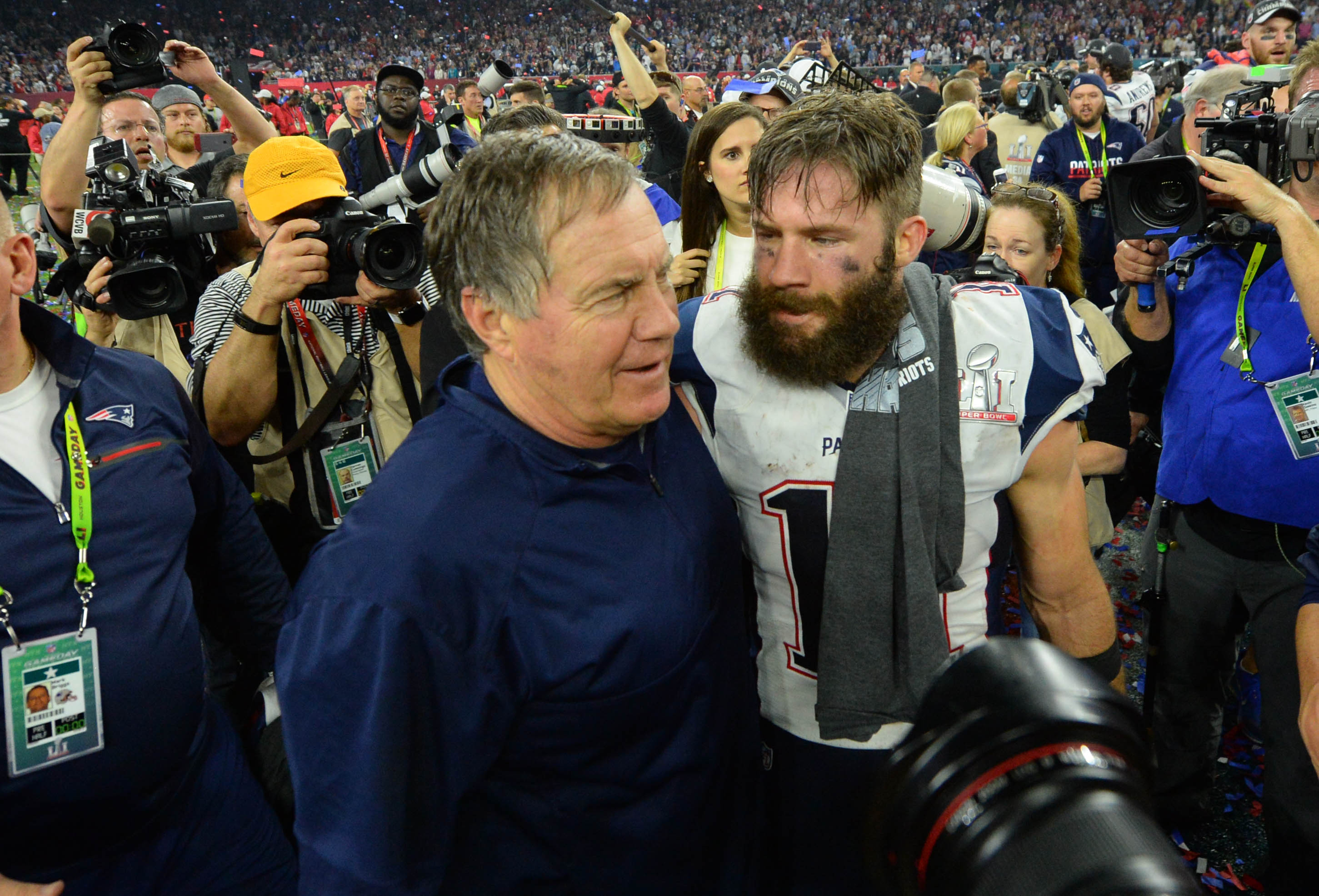 Patriots coach Bill Belichick is no stranger to awkward social situations. Have you seen the way the guy talks to reporters? It can get pretty intense, but chances are no one has endured a more uncomfortable encounter with Belichick than Julian Edelman.

In a deleted scene from his show “100%: Julian Edelman” on Showtime, the Patriots wide receiver told the story of a late-night encounter with Belichick at the team facility during the early part of his career that resulted in a hilarious, but extremely awkward moment at the hot tub. Long story short, Belichick doesn’t like to follow hot tub rules regarding swim trunks.

After seeing Belichick in his birthday suit, Edelman was treated to one more cringeworthy moment when he ran into Belichick again on his way out of the building and made an attempt at small talk. Edelman says this was he and Belichick’s second conversation ever of the eight or so they’ve had over a decade.

What a way to get to know your head coach.