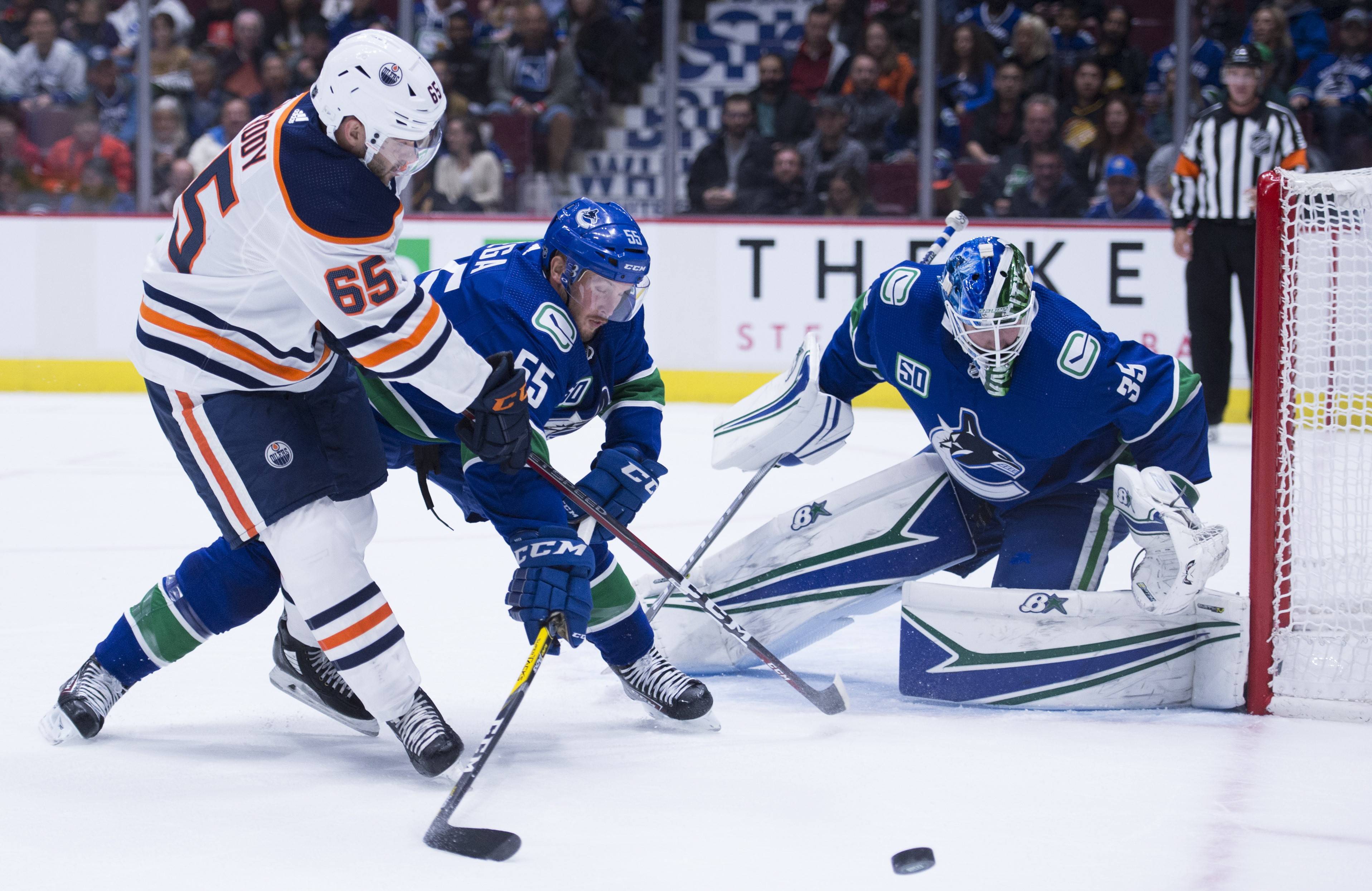 Enough talk, it’s time to play some hockey! The Edmonton Oilers are back to open the 2019-20 NHL season at Rogers Place tonight against the Vancouver Canucks. The sides met twice during the preseason, with Vancouver taking both decisions. The Oilers will look for first blood in the games that matter tonight. This is the first of four meetings between the teams.

The Oilers have yet to lose a home opener at Rogers Place. After opening the building with a thrilling 7-4 victory over the Calgary Flames, the Oil blanked the Flames 3-0 in 2017 and topped the Bruins 3-2 in overtime last October.

Mike Smith, the newcomer, will get the start for the Oilers. Travis Green and the Canucks will counter with veteran Jacob Markstrom.

Edmonton: The Oilers have to trust the new system implemented by Dave Tippett. They gave up far too many goals a season ago and surrendered an alarming amount of high-danger chances. Tippett’s teams have routinely done a good job of shutting down the opponent in these areas. If the Oilers want to have success all season, not just tonight, they’ll need to follow Tippett’s system.

I’ll be very interested to see how they look in their first real game playing Tippett’s style. How quickly they adapt will tell the story of this season.

Vancouver: Like Edmonton, the Canucks have a lot of new faces in the lineup. The best way to easy everyone in? Play with a lead. The best way to get that lead? Attack Edmonton’s weak defense.

The Canucks have ample skill in their top-six forward group and should be able to generate chances against an Edmonton defense that features only three established top-four defenders.

Edmonton: He’s back, and that my friends is the most important thing about tonight. Connor McDavid is in the lineup and ready to roll following his partially torn PCL in the regular season finale on April 6th. Like everyone else, the Oilers captain is sick of talking and ready to play.

McDavid isn’t happy with how the last two seasons have gone. Expect him to put on a show tonight as the Oil try to right the ship.

Vancouver: Quinn Hughes is just 19 years old, but is the future of the Vancouver defense. While all the attention will be on the plethora of young Canucks’ forwards, Hughes is the man that will have my attention. His skill-set is perfect for the modern game and he should be a star for a number of years to come.

Riley Sheahan and Joel Persson will both start the season on IR, and as a result won’t play tonight. They’ll be joined by Tomas Jurco, who had a small medical procedure on Tuesday. Patrick Russell and Brandon Manning will be healthy scratches.

Jordie Benn, Micheal Ferland and Tyler Myers are among the new additions to the Canucks lineup who will make their debut in tonight’s contest. Vancouver waived veteran Sven Baerstchi earlier this week, and he obviously will not be in the lineup tonight.

The sides split their two meetings a season ago, with the Oilers going 1-1-0 at home. The Oil won the last meeting of the year, 3-2 in a shootout in March. This match-up gave the Oilers all kinds of trouble a season ago.

The Canucks have thrived on opening night over the years. They’ve won each of their last five season opening games, including a 3-2 decision over the Oilers to kick off the 2017-18 season. Overall, the Canucks are 21-14-4 all-time in season openers.

The Oilers had 79 points a season ago. A tip of the hat to Jack Michaels for this stat.