Your Morning Dump...Where the pressure is on Jayson Tatum to take the leap into stardom 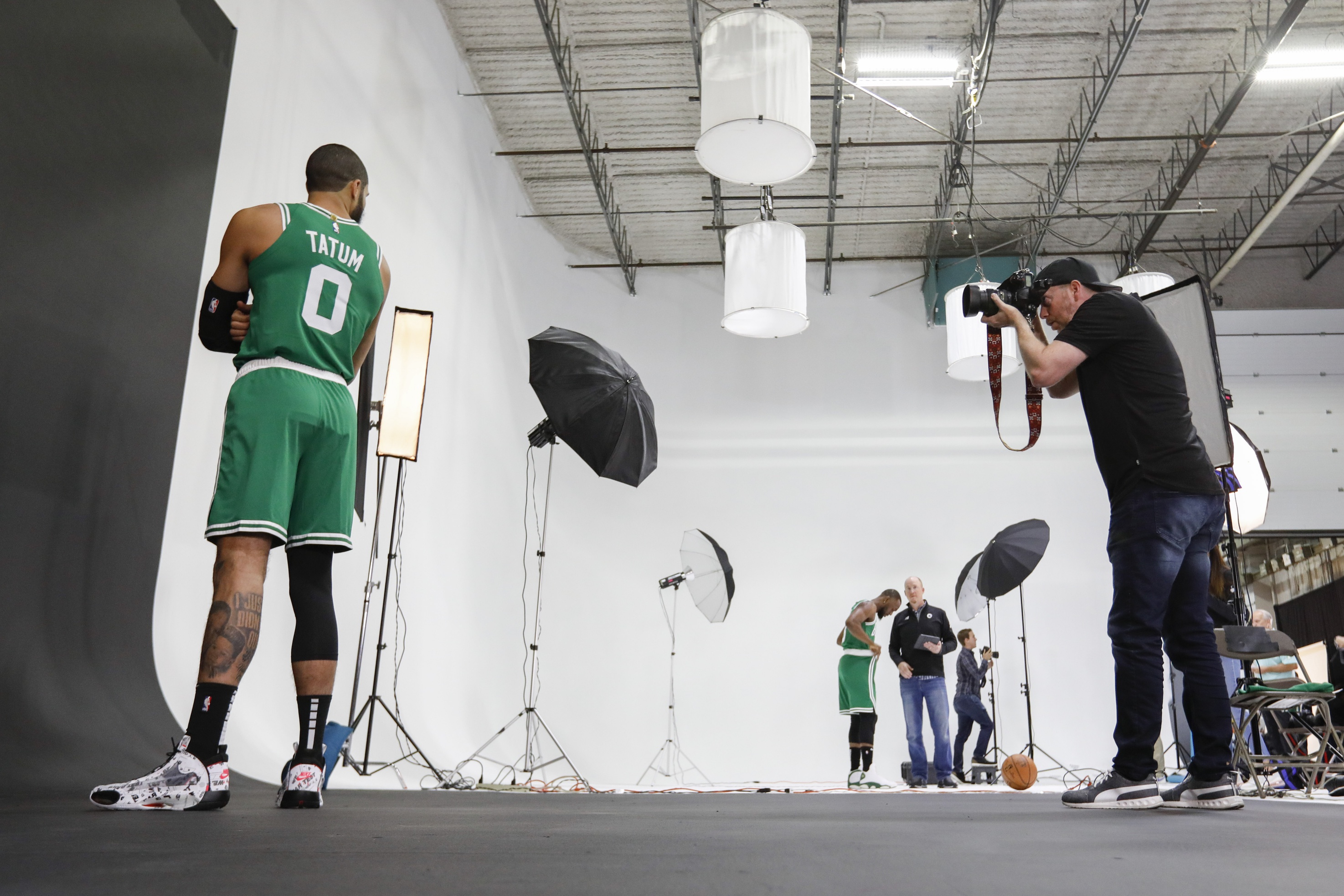 Your Morning Dump...Where the pressure is on Jayson Tatum to take the leap into stardom

I would like to preface this entire post by saying this: We Made It! Gone are the days of roster movement, summer speculation, painful nights of watching the Red Sox, and highlight tapes of years past. Training camp is finally here, and soon enough, regular season basketball will be tipping off for the 2019-20 season.

This shouldn’t come as a surprise… the Celtics need Jayson Tatum to start to blossom into the player analysts and fans alike have been clamoring for ever since he lit it up in the 2018 Playoffs.

Other than their overall result as a team, last season was rocky in terms of Tatum’s season to season development as he showed some growing pains. One of those growing pains was his bizarre, unwavering infatuation with long 2s (Thanks, Kobe).

After a season of often questionable shot selection, Tatum sounded like he was fully on board with the more modern NBA style of scoring.

“Focus on getting to the basket much more,” he said. “Shoot more 3’s. 3’s and layups. And free throws. If you want to be a great scorer in this league, you have to get to the line. Free throws is super important. Getting to the basket and that opens up the rest of the game. 3’s are worth more than 2’s.”

This should be a symphony to Celtics fans. Just imagine watching a Celtics game where Tatum isn’t forcing up mid-range fadeaways and stopping the entire offense in its tracks.

For reference, Tatum shot 36.6% (101/276) from mid-range, 55.4% (249/449) from inside the paint, and 37.3% (116/331) from three while only getting to the line 2.9 times per night. Needless to say, those mid-range jumpers need to turn into drives/three-pointers and it appears that Tatum is focused on doing just that. He’s shown that he has all of the moves, but the next step in his development is to become more efficient as he shoulders more of the load on offense.

Coach Brad Stevens echoed his confidence in the third-year pro as he had some thoughts on how Tatum came into camp and cited his experience with Coach Pop over the summer with Team USA.

With Tatum buying into more ball movement for his offensive game, something that started in the World Cup, Stevens has been pleased with the results thus far.

“Everybody benefits from good ball movement and precise ball movement and high-motor offense, because when you catch it you have a little more of a step on your defender,” Stevens said. “You don’t have to work quite as hard in an isolated moment. So I think we all benefit from that. I thought Jayson was very good today, just like I expect.”

Something that really stands out is the maturity of Tatum coming into this season. He really doesn’t seem like a kid anymore (not just because his beard connects) and it seems like he’s grown up a bit as both a person and a basketball player. From his demeanor, to how he sounds, how he talks about his game, it just looks like it’s all coming together and he’s getting quite comfortable in this league. He’s somebody who Stevens trusts and it’s evident that he’s someone they’re expecting to lean on this year. We’ll see if he can take the leap, but as of now, so far so good on the JT front.

On Page 2, Brad Stevens is already beginning to gel with Kemba Walker

The coaching staff has been placing a priority on easing the transition for Walker as he ventures outside of Charlotte for the first time in his pro career. The adjustment period can be challenging for some, but Stevens has been impressed with how quickly Walker is acclimating.

“It’s just like, getting used to everybody around, how we operate and the structure of schedule in practice, what we do in film,” Stevens said of the differences. “There’s all these little things that are a little bit different everywhere you go. But the basketball stuff he picks up really quick. He’s obviously really smart but he’s also played forever and he’s played for a bunch of different coaches. So he’s ready to roll.”

“I think today was just kind of putting in a system,” Walker added. “Defensively and I guess our core plays offensively as well, which went really well. I think I picked up things pretty well. Brad’s a great coach and a great teacher as well.”

The relationship between coach and point guard is one of the most important in the game. With his last point guard, things could have gone better for Brad Stevens as he gets another shot with the addition of Kemba Walker. The two have been feeling each other out and the development of their relationship will be something to keep an eye out for in the coming weeks.

It’s no secret that point guards have regularly gotten a bump in production when paired with Stevens, Kemba should be no different. In terms of their overall skillets, Walker is similar to Isaiah Thomas when he was in Boston. In that case, Stevens may use him in the same fashion and the quicker these two get on the same page the better.

Irving didn’t clash with Brad Stevens, but he clearly had some issues along the way last season. Ironically, it was most clear when Irving disagreed with how Boston was defending Walker during a 30-5 Charlotte run in huge comeback.

At the Celtics first practice of the 2019-20 season, Walker struck a decidedly different tone.

“I’ve always felt that as a point guard I should have a relationship with my head coach,” he said. “Yeah, me and Brad, we’ve been talking a lot. We will. We have some things to grow with one another.”

Basically, the entire theme of this off-season has been to do things exactly how they didn’t do them last season. As a whole, the strategy feels pretty sound and it all starts with the coach and his point guard. Kemba Walker looks determined to learn all he can from Stevens and it’ll be exciting to see them get more comfortable with each other as time goes on.

Kemba Walker called Brad Stevens a great coach and great teacher. Said as a point guard he's always considered it important to have a strong relationship with his head coach. Looks forward to continuing to grow that with Stevens.

And finally, who rounds out the rotation?

In true Brad Stevens fashion, this is how the Celtics’ roster shakes out positionally.

While Walker, Smart, Tatum, Brown, Hayward, and Kanter are all locks for minutes, the question is who rounds out that rotation. The Celtics have a litany of centers who all do unique things, a bunch of rookies, and some guys who never got much of an opportunity in prior seasons.

It’s fair to pencil in Kanter for about 20-25 minutes per night with this group. After that? The hierarchy at center is anyone’s guess at this point. It’s time for some open competition over the next three weeks between Vincent Poirier, Robert Williams and Daniel Theis to sort out who is able to step up in one of the weakest frontcourt rotations (on paper) in the league…

Still, playing three or four different centers every night is simply not feasible in the long run. It’s nice for Stevens to have options but the team is hoping one or two of these guys separate themselves from the pack.

They have so many different options in terms of bigs and it’s going to be something to monitor as we close in on Opening Night. Another possibility is going small at that position, and that starts with Jaylen Brown and Semi Ojeleye. With Team USA Brown got some valuable experience playing at both the 4 and 5 as he had this to say about that experience in his media day interview:

“I was actually playing center. I was playing all over. It was a good experience. I’ll probably play a little bit more of that this year consistently, comparing that to (Team) USA. Getting that experience with Pop, it’ll definitely help going into this year.”

Semi Ojeleye also had some thoughts about the Celtics situation upfront:

“There is an opportunity in the frontcourt, I think we’ll kind of play with a bunch of wings and just a 5 man. So, I think we’ll have all kinds of lineups this year. I think coach will just put guys out there who play well together…Wherever I can get a spot on the court, I’m ready.”

Stevens has never been shy in terms of playing guys out of position and it’s something we may see a lot of this season. He isn’t afraid to shake things up and he will have that opportunity if none of these centers emerge from the pack. The fact that both Brown and Ojeleye have been talking about this possibility suggests that they’ve already had some discussion with Coach Stevens.

Heck, by seasons end, we might be seeing the Celtics deploy Marcus Smart at the 5 before things are all set and done (that started off as a joke, but I should know better, Brad will absolutely do this).

Either way, happy Training Camp to all and let’s get this show rolling.