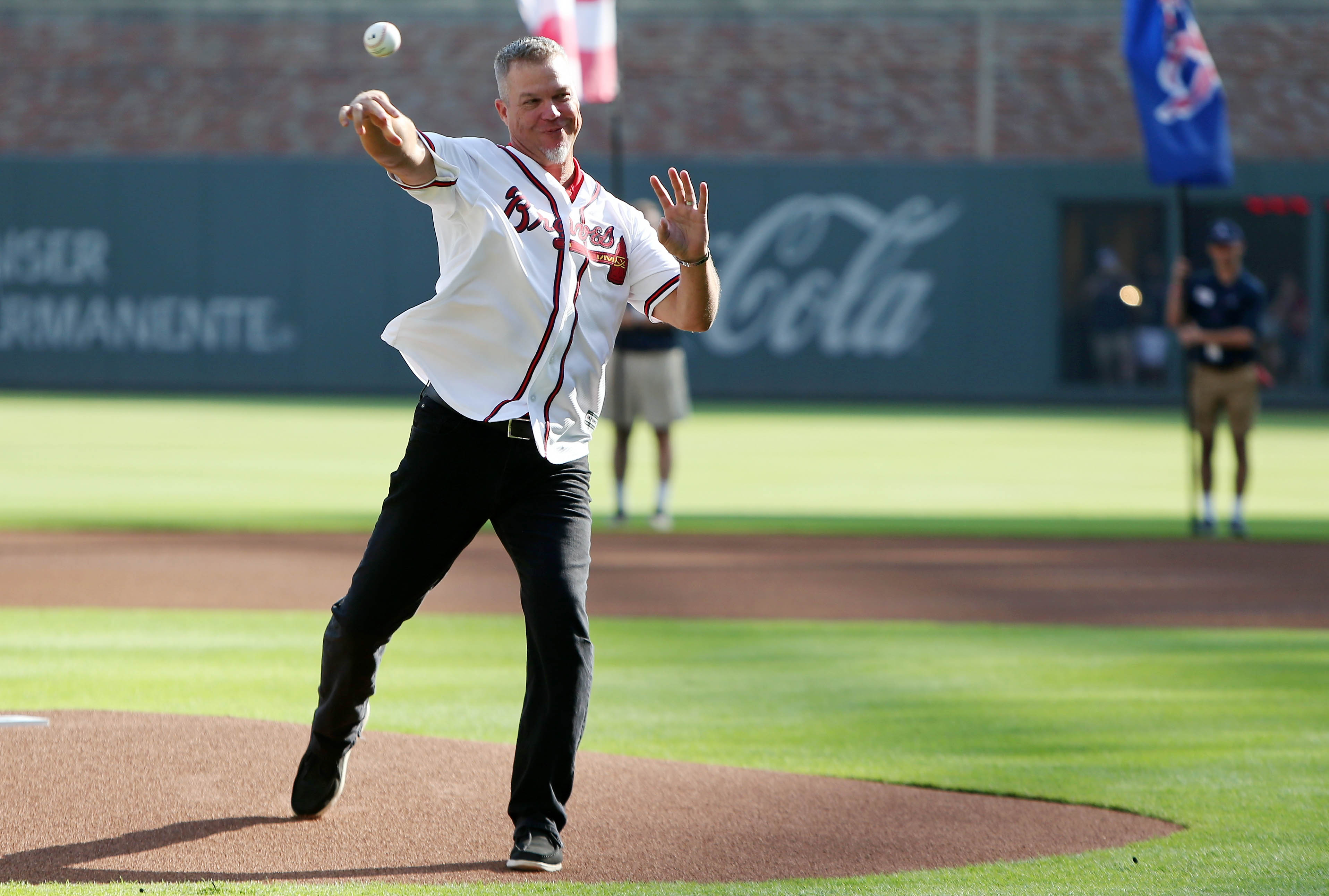 The Atlanta Braves called on one of the best position players to have ever suited up for them in an attempt to get the crowd roaring before Game 1 of the National League Division Series at SunTrust Park on Thursday night.

Former slugger Chipper Jones was in the building for the big game, and he was invited to throw out the first pitch.

Jones received quite the ovation from fans, as he played the entirety of his 19-year career with the Braves. Not only that, he fired a dart to home plate.

Chipper Jones Throws out the First Pitch at the First Game of the NLDS! #PostSeason #Relentless pic.twitter.com/xogaJgBQTn

Not only that, he also caught a foul ball during the game.

Chipper truly can do it all.