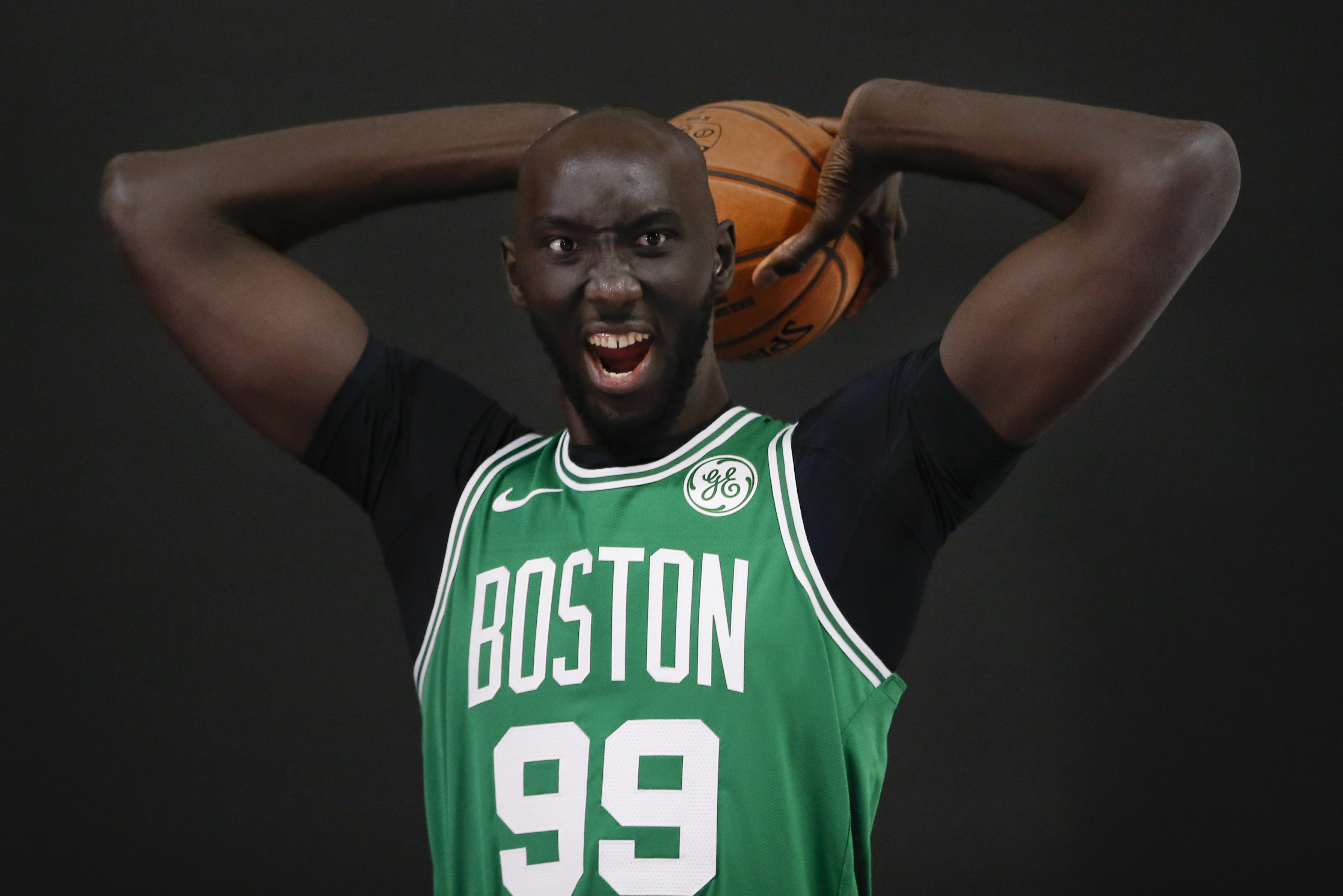 Seven-foot-seven Tacko Fall produces highlights nearly every time he steps foot on the floor, so we’re really excited that the Celtics elected to give the rookie a shot, rather than him landing in the G-League.

Fall is currently on the Celtics roster, which is great, because we get to see him practice against the rest of the team. That’s exactly what happened recently, when he was playing fellow center Enes Kanter one-on-one. Fall backed his counterpart down, then posterized him.

He also showed off his range later in practice, draining a three-pointer quite easily.

Those are the bigs stepping out to the corner 3… And yes that's Tacko Fall hitting one pic.twitter.com/1eMuq6s8Ho

Fall truly can do it all.