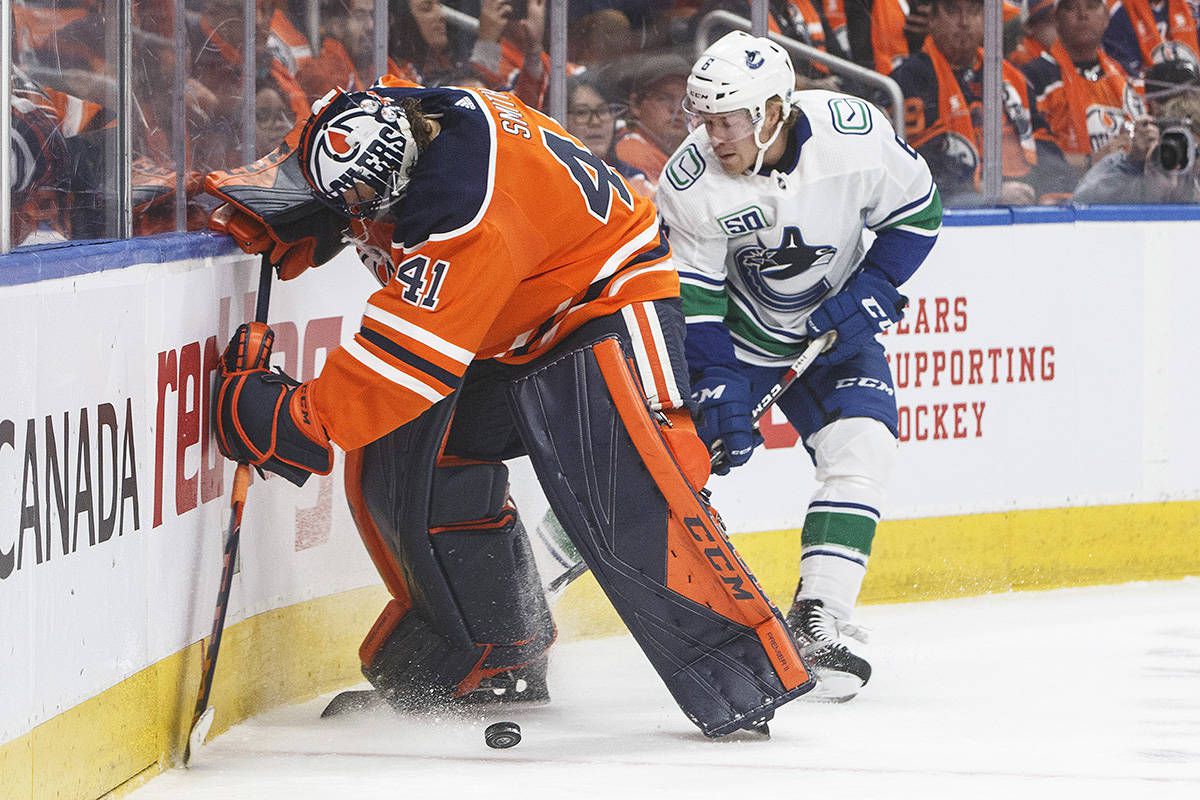 It was sloppy, but it was fun. The 2019-20 NHL season is officially underway and the Edmonton Oilers are 1-0-0. Zack Kassian scored a major response goal, then Connor McDavid flashed his brilliance once again as the Oilers stormed back to beat the Vancouver Canucks 3-2.

It wasn’t all good. The Oilers were outplayed for stretches of that game and had a few defensive lapses that cost them. Overall, however, they got good goaltending and played well enough to win. Early in the season, while they are learning a new system and trying to gel, that’s all you can ask for.

The club will get two days off before they host the Los Angeles Kings on Saturday night. That’s a very winnable game at home. To be quite frank, there will be two points on the table that the Oilers badly need. A good start is key.

Boy was Leon Draisaitl an animal last night. The German forward was without doubt the best player on the ice, playing over 26 minutes and picking up three points (1-2-3). I thought Leon drove play in this game, and that he picked up the slack for a clearly less than 100% McDavid. This was arguably the best Draisaitl has ever looked. That’s a huge positive.

Zack Kassian was terrific as well. He scored a huge goal and picked up a nifty assist on Draisaitl’s tally. Kassian was using his size all night and was extremely aggressive on the forecheck. He played a consistent game and was a pain for the Canucks. He looks motivated to once again prove his worth. Kassian was arguably Edmonton’s second best forward on the night.

This wasn’t Connor McDavid’s best night. He looked less than 100% and admitted as much after the game. It still didn’t matter. He made a terrific read and blew through the Vancouver defense on the game winner. What an amazing play by an amazing talent. He’s special, but you already knew that.

Kudos to the penalty kill for actually looking good! The Oilers looked organized and killed off all four penalties they took. That’s a really good sign, because this team is going no where without a vastly improved PK.

Mike Smith also played very well on this night. Smith stopped 31 shots and was very active playing the puck. Neither goal was his fault either. Great debut for the veteran, who now has the starting job in his grip. He calmed things down in this game.

The Canucks controlled large stretches of this hockey game, with the Oilers failing to transition the puck up ice. They survived last night, but Edmonton cannot be giving teams those opportunities on a nightly basis. I believe the transition game will improve with time, but it was poor at times last night. Failed clearing attempts led to both goals against.

Not a great night for the bottom-six as a whole. They really didn’t generate much offensively and spent large portions of five-on-five play hemmed in their own zone. The only reason the bottom-six isn’t in the ugly category? They were great on the PK.

The return of Riley Sheahan should help in this area. I also believe time will help this bottom-six as they adapt.

Boy, the Darnell Nurse/Adam Larsson pairing was not good. The Oilers got absolutely throttled possession wise when those two were on the ice. Neither man is particularly good moving the puck up ice, and a handful of plays died when these two hopped over the boards.

Nurse and Larsson are good players, but I’m not sure they are a match for each other. Vancouver dominated these two last night. Not a great sign for Dave Tippett’s “shutdown” pairing. They’ll need a better performance on Saturday.

I like Josh Archibald a lot. His speed is a breath of fresh air and he did a lot of things I liked last night. He also failed to clear the puck three teams. One of those times was directly responsible for a goal against. He needs to be better in that area. He was a liability at times last night, and if that continues he won’t last in the lineup.

I believe he is better than what he showed defensively in the opener. Ditto for Jujhar Khaira, who had a slow night.