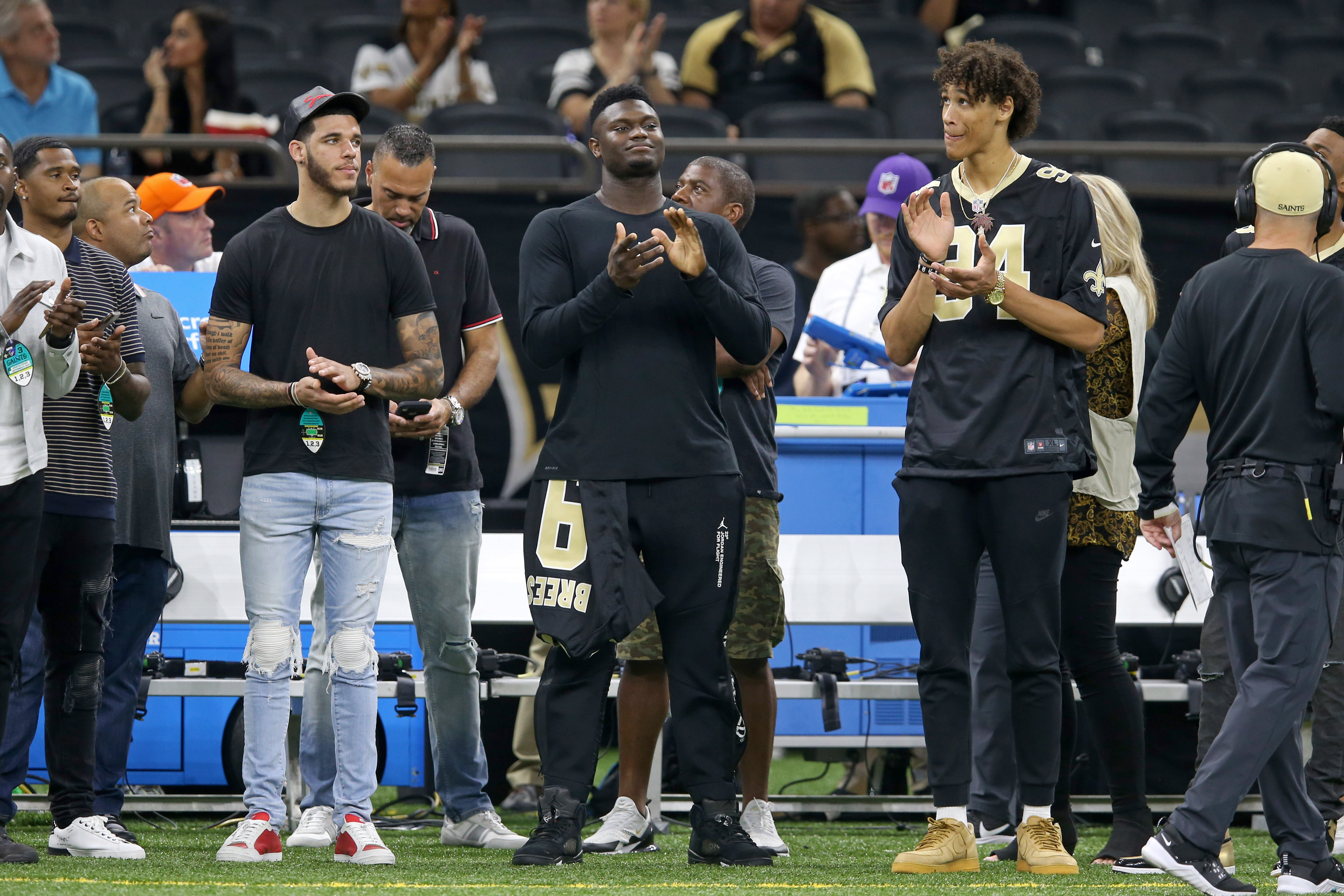 Lonzo Ball and Zion Williamson are going to be fun to watch on the Pelicans this season, especially if you like alley-oops.

The duo gave fans a sneak preview of what that might look like during New Orleans’ training camp on Wednesday, and it definitely didn’t disappoint. Here’s the clip of Ball throwing an inbounds lob off the backboard for Williamson, who’s able to finish at the rim despite the pass being a little off target.

The fact that Williamson was able to hang in the air long enough to catch and finish the oop off the backboard just goes to show his athleticism has almost no limits. He’s easily one of the most intriguing players to watch this season.

And with Ball feeding him passes in transition, in the half court and on inbounds plays, there should be plenty of opportunities for the two to hook up for exciting plays. If you didn’t pay any attention to the Pelicans before, you certainly should now.