Your Morning Dump... Where Kemba can't wait for The Garden to become The Jungle 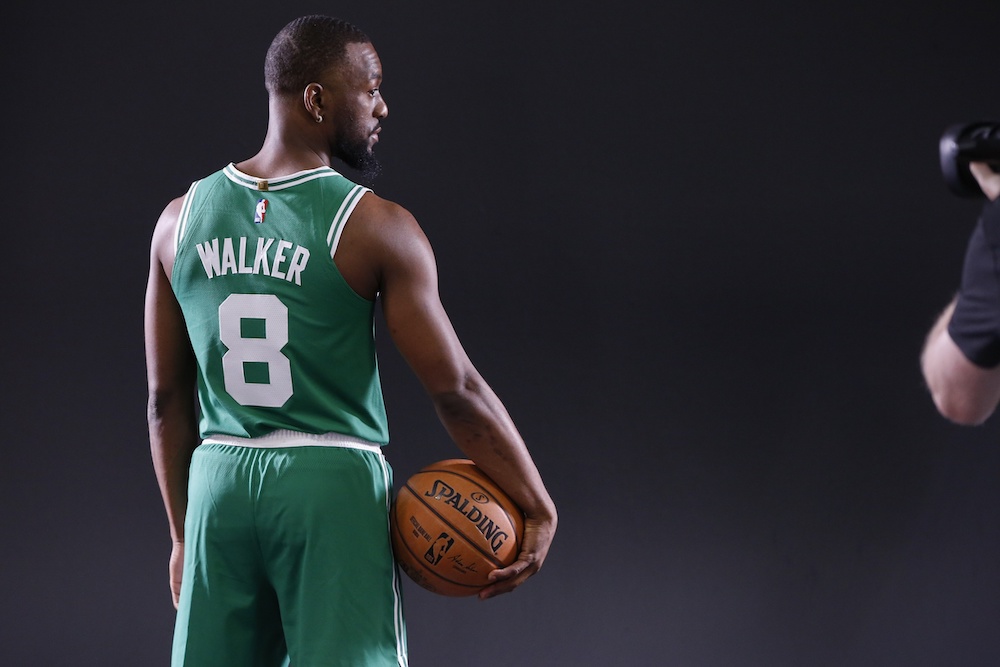 Your Morning Dump... Where Kemba can't wait for The Garden to become The Jungle

Walker also loves that he can expect to end his postseason drought. He had not seen Calhoun in a long time, but their brief chat Wednesday brought back some of the college memories. Together, Walker and Calhoun reached two Final Fours and won the 2011 national championship. During a brilliant postseason run that year, Walker guided UConn — which finished only 9-9 in Big East play — to 12 straight wins, the Big East Championship and a victory over Stevens’ Butler Bulldogs in the national title game. Under the brightest lights a college player can see, Walker delivered in game after game.

He has been missing those stakes, that pressure. Every year, watching the NBA playoffs, Walker has thought the same thing.

The Athletic — ‘They expect so much:’ Kemba Walker wants the pressure

I try not to get too excited by training camp quotes (I’d like a moratorium on all ‘Gordon Hayward is back’ quotes, either from teammates or from his own mouth until we actually see it in a game! Even a pre-season game will do), but Kemba’s officially getting me pumped.

Whereas some folks naturally shy away from pressure-packed situations, or at least don’t embrace them, Walker is dying for them. He’s ready for every ounce of the pressure. He seems to believe he’ll succeed, and if he doesn’t he seems comfortable with failure. He’s just happy to have the opportunity to do either on a stage and in a basketball town that means something.

We’ve heard Kemba explain why he picked Boston, and the chance to win is usually a part of his answer. It begs the question, though, why not go to the Lakers, where he’d likely win more games? That’s when you realize that winning is only a small part of the answer — Kemba Walker wants to win or lose, but be the chief agent in the outcome. In Los Angeles he’d win or lose on Lebron and AD’s team, but here’s he’ll be the reason. Sure, the Celtics have a bevy of young, budding stars who will also determine the team’s fate, but this is ultimately going to be Kemba Walker’s team. And he is yearning for that responsibility under the bright lights and on the parquet.

On page 2, the most intriguing Celtic right now is…

There’s an element of uncertainty surrounding all rookies when they come into the NBA, regardless of where they are drafted.

But with Langford, the usual lack of clarity you expect because he’s a rookie, is only magnified by his lack of court time since the draft.

Surgery to repair a torn ligament on his right (shooting hand) thumb, kept Langford sidelined for all of summer league while Boston’s other rookies shined during summer league play.

More significant, the injury was one Langford suffered early in his lone season with the Hoosiers but didn’t result in him missing any significant amount of time.

Rather than have surgery which would have kept him sidelined for several weeks or potentially all season depending on when he would have had it done, Langford opted to play the final 26 games of the season with the torn ligament.

“He’s a quiet kid and because of that, people sometimes get ideas about him not being tough or working hard or not being a leader and all that stuff,” an Eastern Conference scout told NBC Sports Boston. “But this kid can play. Think about this. He went to Indiana with everyone knowing he was one-and-done. He took a huge gamble playing with that injury because it could have hurt his draft status more than it already did. Let’s put it this way. He had a lot – a lot – more to lose by playing than gain. He didn’t care. He wanted to be there for those guys because he knew he was gone after one year. The Celtics got a kid who is a lot tougher than people realize.”

When it comes to Romeo Langford, who the hell knows? The things we could be saying a month from now range from: “I can’t believe this guy fell to the Celtics in the teens, he wasn’t one of the most hyped college prospects last year for nothing,” “why would the Celtics take a chance on damaged goods so early in the draft? Whatever happened to Langford’s thumb is clearly still bother him and now he could be cooked mentally.”

Sure, the range of outcomes for rookies at this point in the fall are wide and the final judgment on a player might not happen for years, but in Langford’s case we have very little to go off of right now since we didn’t see him in Summer League.

Whether it’s Langford, Carsen Edwards or Grant Williams the Celtics cannot have a draft class in which they go 1 for 3 or 0 for 3. What they could really use is getting one of these guys to play up to draft-night standards and another to totally exceed them in the way a Landry Shamet did last year. Asking for a lot, but given his pedigree and scoring ability, it could be Langford. But again, who the hell knows?

NBCSports Boston — Grant Williams calls the Celtics: ‘one of the funniest teams I’ve been on’  |  Is it safe to hop on the Gordon Hayward hype train?